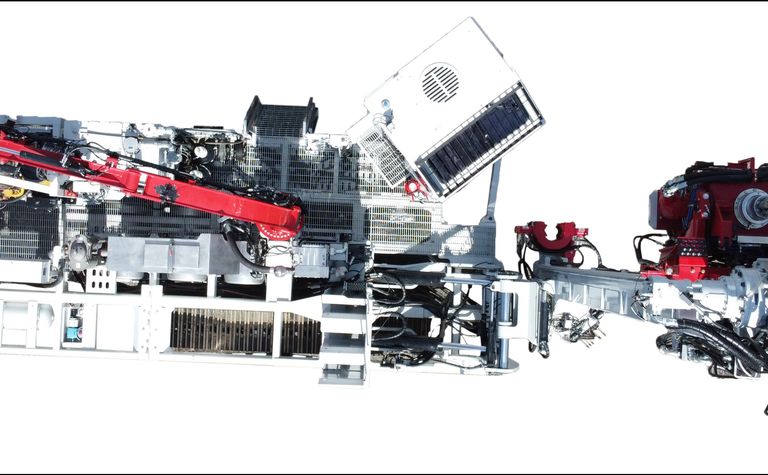 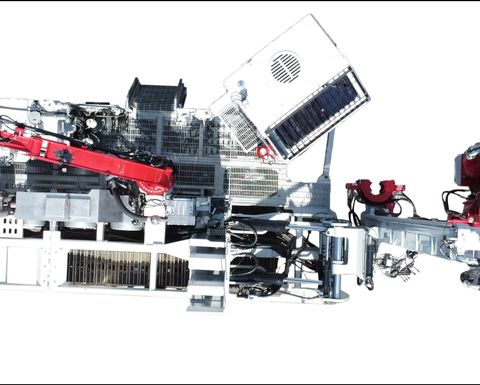 With approximately 5,000 embankment dams over 40 years of age, utilities and local governments in the eastern US have their work cut out for them.

With a full slate of dam stabilisation work at hand, Alabama Power thought it could realise efficiencies by combining water and sonic drilling technologies.

"With today's technology, we knew that a combined drill rig was possible," says Eric Manning, geostructural services supervisor with Alabama Power's southern hydro services/dam safety division. "The numbers we put together showed that it would save on capital, time, add precision and improve worker safety."

The company's search for a suitable combination rig led it to MEDATech Engineering which came forward with a winning proposal, and 18 months later the water/sonic drill rig is complete. Dubbed the WS6000, the track-mounted drill rig is capable of drilling 6in nominal diameter holes, the first hybrid drill rig that incorporates both high-pressure water down-the-hole (DTH) and sonic drilling technologies. Switching between the two drilling methods is a seamless process.

The WS6000 rig is capable of delivering very granular geotechnical data in real-time anywhere on the globe. An additional feature is a fully autonomous robotic rod-handling system that can move both casing and rods separately or as one in and out of the mast. "This provides a much greater degree of safety and greater productivity," says MEDATech president, Robert Rennie, "than we see anywhere in the industry today."

The WS6000 was purpose-built for the Logan Martin embankment dam in Vincent, Alabama. "Drilling is an essential part of dam stabilisation because using the wrong technique can destabilise overburden," explains Rennie. "Water hammer in combination with sonic drilling is the safest, most efficient method of drilling on embankments."

The hybrid rig is a new prototype based on known, proven technology. MEDATech started with the tried-and-tested Wassara hydraulic water DTH hammer drill built by Sweden's LKAB Wassara AB. It then added a sonic drill head built by Sonic Drill Corporation, which is based in British Columbia, Canada. The operator can switch drilling methods with the click of a button when drilling each embankment hole.

"Karst contains lots of angle fractures and voids," explains Rennie. "The water hammer drill bit will follow the path of least resistance, so you can end up with unacceptable deviation from the intended path. Normally you have to switch rigs to correct that, which is not a fast process. With a combined drill rig, you can quickly switch between drilling heads to keep the borehole straight. That alone will save a tremendous amount of time."

The WS6000 has a native ability to deliver drill data useful for mapping geotechnical formations. It can show them on any computer, anywhere in the world, in real-time. "With karst especially, you need to know what you're drilling into," explains Rennie. "Having that geotechnical information in real-time helps on many levels."

Remote connectivity is also at play for drill rig maintenance. MEDATech can log in remotely to access rig system parameters and make adjustments as needed, including optimising robotics and other rig functions.

Most drill rigs require two to three crew members to operate the rig and insert drill casings and rod. The WS6000 rig requires a single operator, since the rod-handling system, dubbed the ‘rodbot', is fully robotic and can handle drill rod and casings—a feature unique to MEDATech.

Safety was top of mind in creating the rod-handling system since technicians' handling of heavy casings and rods by hand has been known to cause severe injuries. "Most rigs need a lot of handling, but this one keeps personnel out of harm's way," says Rennie. "The rodbot feature demonstrates the level of safety put into this drill rig. Eliminating that danger was critical." 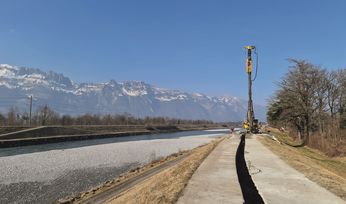 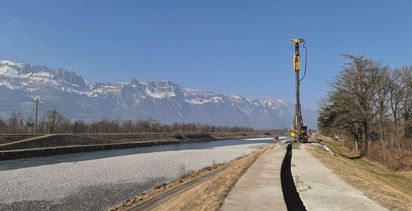