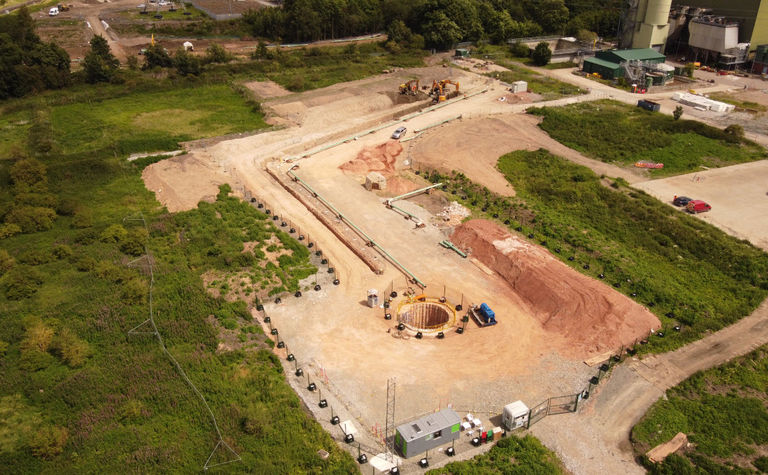 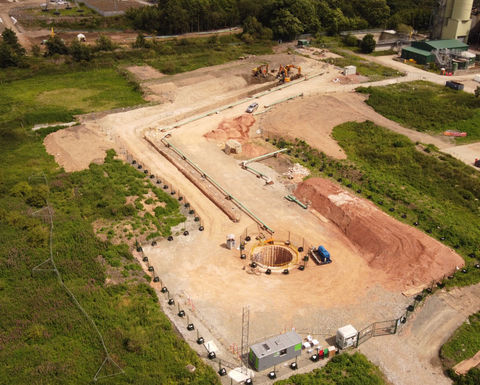 The work was undertaken to allow access of construction equipment and to stabilise the ground for the installation of a new gas main pipe which needed to be relocated as part of the HS2 works for the new high-speed rail network in the UK.

Deep Soil Mixing technique prevents both the removal of material off site and the need for importing fill, which creates huge environmental benefits. The technique involves analysing small samples of soil in a laboratory to determine what the soil needs to be combined with to make it suitable for re-use. The mixing process is then carried out on the site, removing the need to take soil away and replace with new material.

Nearly 1,000 lorry movements were eliminated by using this method because there was no need to transport excavated material to landfill, and no requirement for clean hardcore material to be brought on to the site. The technique also resulted in improved cost efficiencies and a shortened construction programme.

The project was completed in six months and included preliminary testing and site trials before work began on site. The testing was undertaken at the company's in-house laboratory and mixing tests carried out on various soil/binder mixes as well as field trials to test the chosen binder in-situ, to ensure the right deep soil mixing solution was undertaken at the site.

Deep Soil Mixing director Colin Critchlow said: "It is fantastic to be part of the largest infrastructure project in the UK and we continued to work on this project throughout the first COVID-19 lockdown which was a huge benefit to the company.

"It was exciting to get involved in HS2, to see the environmental ambitions and standards on site and play our part in contributing to these. Our soil mixing technique is recycling on a massive scale - great for sustainability and great for the environment.

"Part of our R&D facility and plant depot is local to the Phase 2a route in Stafford, so it is also great that HS2 is looking to local businesses and the local people they employ and sub-contract to get involved and benefit from the project."

Deep Soil Mixing was working for Land and Marine Engineering Ltd (LME) which was contracted to HS2's enabling works contractor LM JV (Laing O'Rourke and J. Murphy & Sons). Works in this area are preparing for the railway to be built on a viaduct before it swings west through a tunnel and on towards the new station at Curzon Street in Birmingham.

"Over the last year our team has been preparing this site for the start of construction," said Simon Russell, LM project director. "One of our key objectives as an HS2 contractor is to reduce the project's carbon footprint by introducing innovative sustainable techniques wherever possible. We were extremely pleased that the ground remediation solution used by Deep Soil Mixing resulted in cost, time and environmental benefits."

To fulfil an HS2 geotechnical contract from EKFB, Bauer and Keller have formed a joint venture 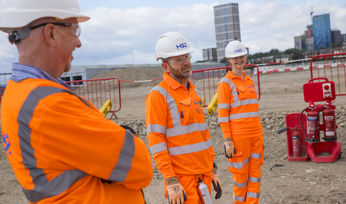 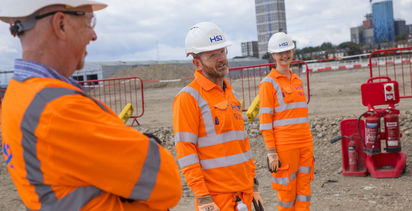 Progress at first HS2 tunnel site in the UK