Network Rail has awarded Morgan Sindall Infrastructure the £28 million (US$39 million) contract to construct an extension of the existing rockfall shelter over the railway line between Dawlish and Holcombe in Devon, UK. 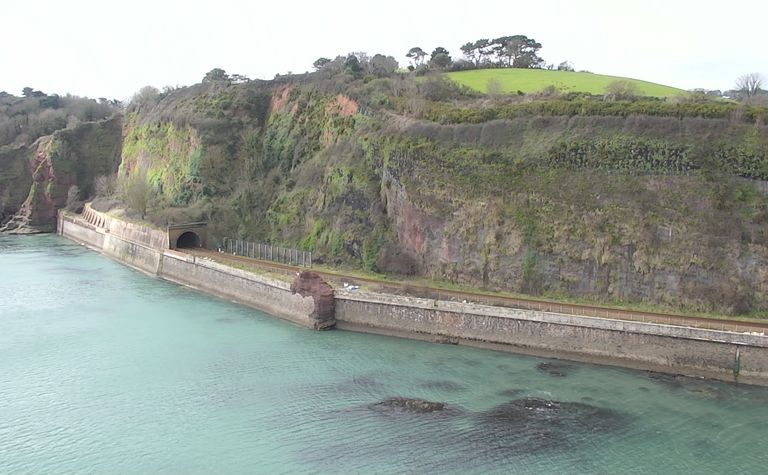 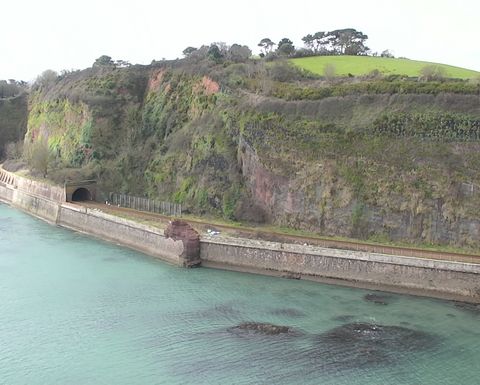 This investment builds upon the £10 million that is expected to be spent with local businesses during Network Rail's construction of the second section of new sea wall at Dawlish which began last November, and follows the £5 million spent on local labour, suppliers and accommodation during the first section of the new sea wall which was completed last July.

Morgan Sindall Infrastructure intends to start construction of the 209m long extension north of Parsons Tunnel in August. Construction of the rockfall shelter is expected to take a year and, once complete, will help protect trains against falling rocks along this section of vital railway that connects communities across the south west with the rest of the country.

Parsons Tunnel was previously extended 100 years ago and this project will extend that further by providing a rockfall shelter in modern materials, but with open sides rather than the brick-built enclosed tunnel extension.

The rockfall shelter will be constructed from a series of 6m modular pre-cast concrete sections. Faced with the challenging coastal location, Morgan Sindall Infrastructure has developed an innovative installation method to minimise the risk of weather-related disruption and reduce the impact on train services.

Preparatory work at the top of the cliffs overlooking this stretch of railway began in March where Network Rail engineers started cutting back some of the vegetation. This work is being closely monitored to ensure the least disruption for wildlife habitats and biodiversity.

Chris Pearce, Network Rail's Western route interim director, said: "We are delighted to have awarded Morgan Sindall Infrastructure the contract to construct this important rockfall shelter that will play a vital role in helping protect the railway from falling rocks for generations to come.

"This is our latest phase of work to increase the resilience of this integral stretch of railway as part of our South West Rail Resilience Programme. In every phase of work, we have ensured our activities are also benefitting the local economy and I am pleased that this latest contract award will continue to support that commitment."

Peter Kirk, managing director of Morgan Sindall Infrastructure's rail business unit, said: "We are excited to be working with Network Rail on their South West Rail Resilience Programme, and continuing to build on our long-standing partnership.

"Parsons Tunnel North Portal is an incredibly complex project and we are extremely pleased to bring a number of innovations to this project, helping to ensure the resilience of the railway line for the local community and those travelling to and from the area."

This rockfall shelter, which is the third phase of work as part of Network Rail's South West Rail Resilience Programme (SWRRP) and follows the two sections of new sea wall in Dawlish, is critical to ensuring the resilience of the railway between Dawlish and Teignmouth for generations to come and protecting this critical route from falling debris. 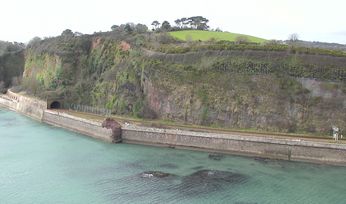 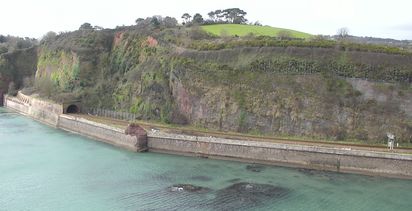 Piling work to get underway to electrify line to Fife