Work is underway to upgrade drainage systems and re-profile embankments to reduce the risk of flooding and landslips on the rail line between Sanquhar and Dumfries, Scotland. 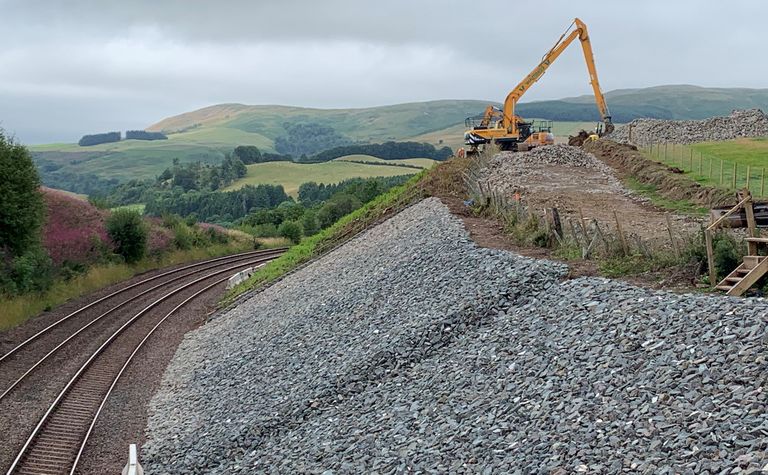 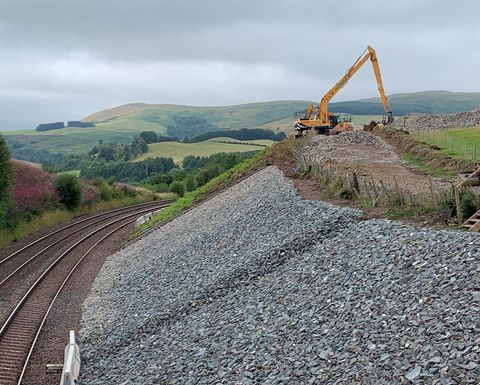 At a number of sites along the route Network Rail, with contractor QTS, is investing £8 million (US$11 million) this year to improve the condition of the railway cuttings at known flood sites and at locations where modelling and pro-active monitoring has indicated an increased risk from extreme rainfall.

Work includes the installation of extensive crest drainage at the top of railway embankments to channel water flowing from hillsides surrounding the railway into newly upgraded drains which will carry it away from the track and discharge it safely with no impact on surrounding land.

In addition to the crest drainage, track-side drainage has also been upgraded with capacity increased to reflect the larger volume of rain which is falling and to minimise the risk this poses to the railway infrastructure.

At points along the track, loose stone and vegetation is being removed and rock netting installed. The soil slopes above rock cuttings are also being regraded to reduce the possibility of landslips where the mud and debris would end up blocking the track.

To date, the project has utilised 7,000t of stone to regrade railway embankments which are more than 14m high in some sections. Around 750m of track-side drainage has been renewed and more than 500m of concrete-lined crest drainage channels have been created significantly boosting capacity and improving management of water. Over 1,000m2 of rock-netting has also been installed.

By directly addressing increasingly frequent extreme weather events, the project seeks ways to deliver the required work in a way that minimises its carbon footprint and increases its environmental sustainability. Rock is sourced from local quarries and a concrete impregnated fabric is used to line the drainage - which is more environmentally friendly than cast-in-situ or precast concrete solutions.

Mark Wilson, project manager for the geotechnical and drainage works, said: "We have an extensive programme of proactive works to prevent landslips and reduce flooding, but increasingly, extreme weather events are having a significant impact on our railway.

"Incidents like the embankment collapse at Auldgirth in February last year show the increasing power and unpredictability of the weather; the damage it can do to the railway and the disruption this causes to passenger journeys.

"Improved monitoring and weather forecasting, as well as this type of project, will help address the risk of flooding, embankment slip or rock-fall and help reduce the number of disruptive weather incidents that impact on the railway."

Network Rail is investing heavily in Scotland's railway to improve the condition of earthworks and drainage systems.

Between 2014 and 2019, over £120 million was invested in earthworks, drainage and bridge strengthening projects around Scotland. In the five years between 2019 and 2024 a further £149 million will be spent. 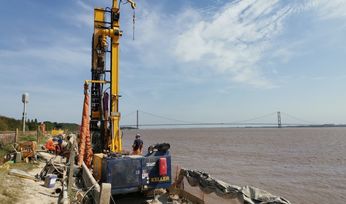 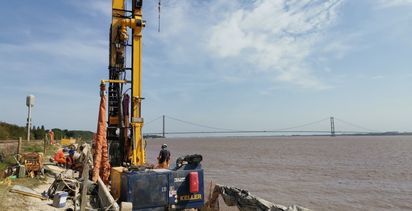