Rail passengers are returning to the Hastings line following a seven-day closure that saw over 100 engineers carrying out landslip prevention work along the 160-year old UK route. 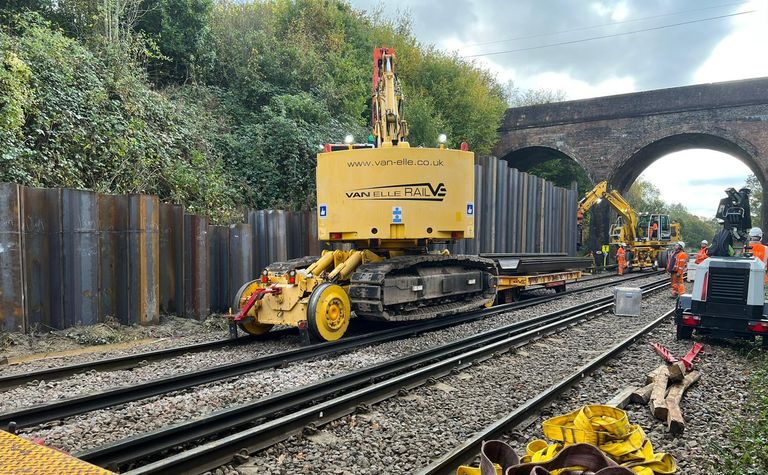 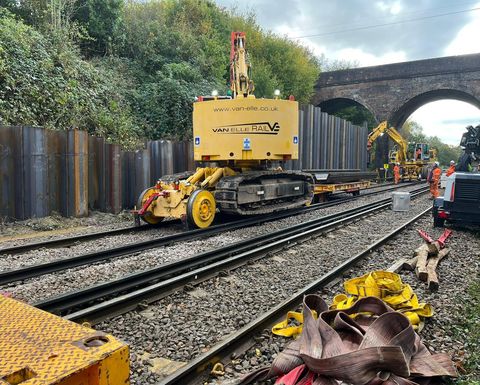 The work was spread along the line, with major engineering projects at multiple locations, including both ends of Wadhurst Tunnel, Strawberry Hill, Churchsettle, Nevill Golf Club and Crowhurst. Embankments and cuttings were shored up using a variety of engineering approaches, from sheet piling, to soil nails and rock anchors.

Closing a railway for a week is inconvenient for passengers but Network Rail took the opportunity to put down new track and carry out a series of station improvements, including vegetation clearance, repainting platform markings and deep cleans.

Crews also installed new platform tactiles at Etchingham to aid the visually impaired and a major refurbishment of the station footbridge continues through to mid-December.

As part of a drive to improve biodiversity along the line, diseased and non-native trees have been replaced at various locations to make the habitat more friendly to native species.

Fiona Taylor, Network Rail's route director for Kent, said: "I'm really grateful to passengers for their patience while we've had the line closed for engineering works between Hastings and Tunbridge Wells.

"The line is one of the oldest in the country and we have been working hard to make it truly fit for the 21st century and resilient against the impacts of climate change."

Steve White, Southeastern managing director, said: "Reducing the risk of landslips caused by bad weather helps us to deliver the reliable and punctual service that our customers deserve.

"I'd like to say a big thank you to our passengers for bearing with us and changing their travel plans while this essential work was carried out. I'm really pleased that the project was completed on time and our trains were running again as scheduled."

Gareth White, operations manager for BAM Nuttall, which carried out the works, concluded: "The works undertaken to stabilise the cutting at Wadhurst, and the completion of other necessary works on the line, are all part of our plans to make sure that we are putting the safety and wellbeing of passengers first.

"We are proud to be working alongside Network Rail and to have the support of our subcontractors, who helped us deliver this impressive milestone. We would also like to thank the residents in the vicinity for their understanding and patience during this time."

The project forms part of a five-year £117 million (US$157 million) programme of earthwork improvements to protect the railway from the impacts of climate change. Over £35 million alone is being spent on the Hastings line in the current spending period, renowned for its susceptibility to landslip. 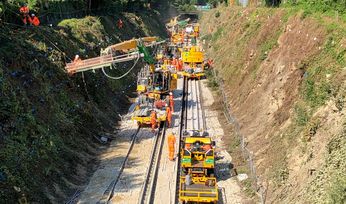 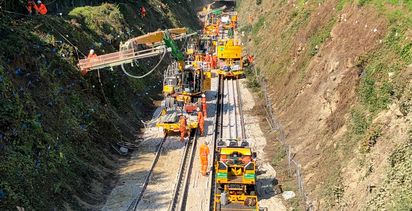