Sandvik continues to push the boundaries of product development for the mining and quarrying industries and the company’s latest product developments include real-time tool monitoring for top hammer drilling and fully remote control versions of successful drill rigs. 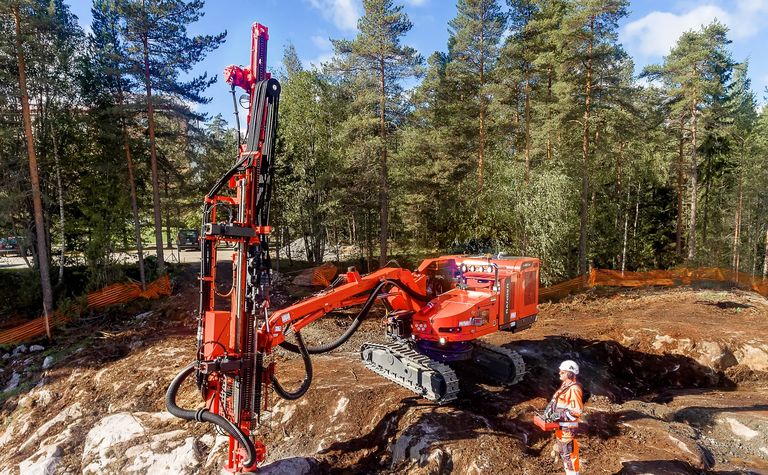 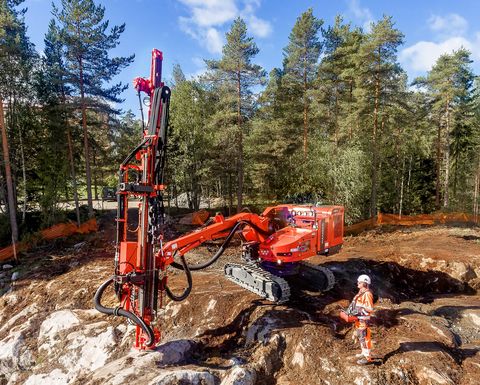 The new technology from the mining specialist is an add-on system that integrates directly with the rock drill and its control system and can be used for drilling process optimisation in varying rock conditions. It helps to reduce the stress fatigue of drilling tools and also offers significant potential to improve overall drilling performance, by as much as five per cent.

Profitable rock drilling requires balancing drilling power and cost-efficiency. While the use of high drilling power is required for good performance, excessive power becomes counterproductive due to the high level of stress it can create and wear on drilling tools. Optimisation of tool stress and consequently tool lifetime are essential for cost-efficient drilling operations. Conventional drilling control technologies have previously done this based on indirect performance indicators only, such as percussion or feed pressures.

RockPulse works by analysing each piston blow in real time to extract data on the level of tool stress. This enables operators to optimise drilling power and to minimise inefficient use of percussion energy. Stress waves created by piston strikes are measured continuously using sensor technology developed and patented by Sandvik. The system consists of a Sandvik shank adapter and rugged contactless sensor inside the rock drill. Stress wave signals captured by the sensor are analysed within the Sandvik SICA control system of the drill rig. The system is available for new Ranger DXi drill rigs and RD920 series rock drills.

"Our tests from real-life conditions show five per cent increase in average penetration rate, even though the percussion power was decreased by four per cent. Drill operators have additionally commented that RockPulse helps them to optimise bit regrinding intervals and thus boost efficiency and productivity," said Jarno Viitaniemi, product manager, Surface Drilling, with Sandvik Mining and Rock Technology.

The RockPulse user interface visualises and alerts on three key parameters: drill bit response, tools load and feed level. Drill bit response helps to minimise the strain on the tools by indicating how much of the impact energy is used for breaking rock and how much is reflected back to the tool string. Tool load indicator shows the tensile stresses affecting the tool string, which helps to avoid underfeed in weak rock and excessive wear of drilling tools. Feed level indication shows whether drilling is being done within the specified feed range - a key parameter for excellent hole quality and long tool life.

"I realise this is a bold statement, but we believe RockPulse is a truly groundbreaking solution that marks the beginning of a new era in top-hammer drilling," concluded Viitaniemi.

Sandvik has responded to customer feedback requesting an increase in the options for remotely controlled drill rigs with the launch of two new non-cabin models to the Ranger DX series - the DX600R and DX800R.

Based upon the design of the existing Ranger DX600 and DX800 models, the new Ranger DXR drill rigs can reach places that are off-limits to operators and where other drills fail to operate. They essentially offer the characteristic of conventional Ranger DX series drill rigs, reliability and large drilling coverage area from the standard 17.6m2 (189ft2) to an optional 26.4m2 (248ft2), in a lighter and more mobile package - a solution for hazardous conditions where safe and productive drilling requires advanced radio remote control capabilities.

The non-cabin Ranger DXR drill rigs are suited to use on unstable benches and deep cuts typical to applications such as road and railroad construction, foundation drilling, trenching and pipeline contracts. The most hazardous of these demanding jobs can be almost impossible without efficient remote radio control, which allows the operator to always choose the best position in terms of safety and visibility. The remote control panel on the DXR rigs also includes tramming control functionalities for fast hole-to-hole movements and precise hole spotting.

The revolving superstructure offers unbeatable drilling coverage and superior stability, thanks to the innovative counterweight solution. In terms of productivity, the revolving superstructure enables up to 60 per cent more holes to be drilled per set-up with the Ranger DXR compared to conventional top hammer drill rigs. Together with powerful rock drills and Rock Pilot+ drilling control system, the Ranger DXR series represent the highest productivity in non-cabin drill rigs.

Ranger DXR series drill rigs are designed for 64 to 127mm (2-1/2 to 5in) hole size range, with drill rod sizes between 38mm and 51mm (1-1/2 and 2in). The standard configuration of the machine can be further boosted with more than 30 useful options, such as extended superstructure turning radius, advanced measurement systems and upgraded dust control. A useful option for contractors active in urban areas is Noise Guard, a simple and rugged cover structure offering a total noise reduction of more than 10dB.

Sandvik has released a new top hammer longhole drill, the first in a series of intelligent drills 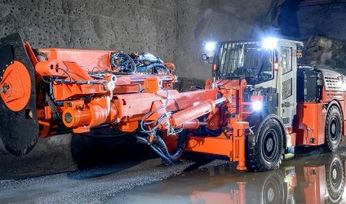 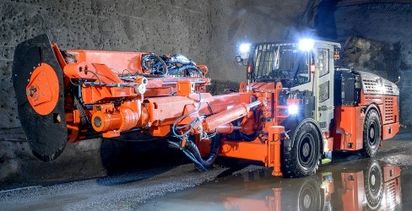