During Bauma GDI had the opportunity to talk to John Wikst about the 5000 series of rock drills produced by Brazilian manufacturer Wolf. 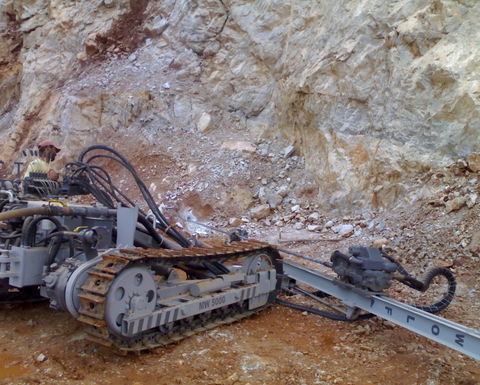 Wolf manufactures its range of WM 5000 pneumatic drills in Brazil

Brazil is not a name that is synonymous with the manufacture of drill rigs, nonetheless one of the businesses representing the country at Bauma 2019 was rock breaking specialist Wolf.

Founded in 1974 by Constantino Wolf, who had been passionate about all things mechanical since his childhood. Initially, the company's focus was on servicing the automotive and agricultural industries but motivated by his knowledge and passion for mechanics and designing technological improvements Wolf's company expanded into a new business - rock drilling rigs.

Wolf quickly became a leader in this sector, being the pioneer in its native Brazil. Nowadays, the company is still operated by the family of Constantino Wolf and is still located in Indaiatuba city, São Paulo state, where it was founded.

During Bauma 2019, GeoDrilling International had the opportunity to talk to the company's US sales consultant John Wikst about the Wolf 5000 series of rock drills. He explained that the WM 5000 series "is drilling equipment design for quarries, mining and civil construction. It can be equipped with top hammer or DTH, to get diameter up to 5-1/2in and drill up to 30m."

The line-up of rigs in the range, which Wikst describes as "the flagship among pneumatic crawler drills" begins with the MW 5000/MW 5000E. It works with surface drilling of DTH and the "E" version has a high-reach boom that adds a 1.5m extension compared with the standard model.

Gaining a rod changer, the MW 5000T is said to provide increased safety by avoiding operator fatigue along with reducing operating costs and increasing productivity.

For environments where a closed cab is needed, Wolf offers the MW 5000C, which also incorporates the rod changer of the "T" as well as adding a dust collector.

The flagship among pneumatic crawler drills

When jumbo drilling is undertaken the MW 5000 is available in "G" and "GE" configurations. The MW 5000G is recommended by Wikst for tunnelling jobs and underground mining using top hammers (drifter) or rotation head (DTH). The MW 5000EG is the extended boom version which also features a roof protector for the operator.

With a 360-degree range, both the MW 5000GL and the extended boom WM 5000EGL are described by Wikst as the rigs best suited to rock bolt drilling. Both options can make use of top hammer or rotation head drilling.

Across the entire MW 5000 range, the rigs have five-cylinder tramming and six-cylinder feed motors. Air consumption on all the variants is 750cfm (21m3/min) with a working pressure of 100psi (7 bar). 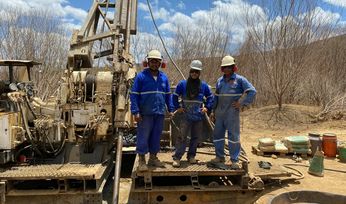 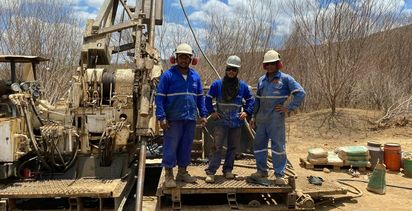