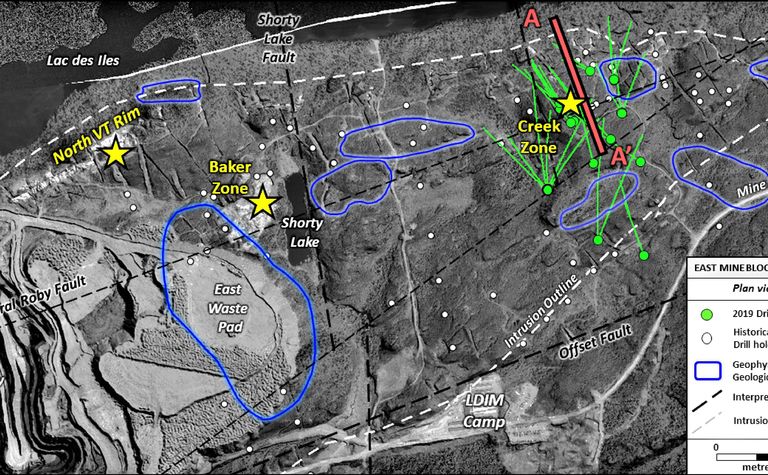 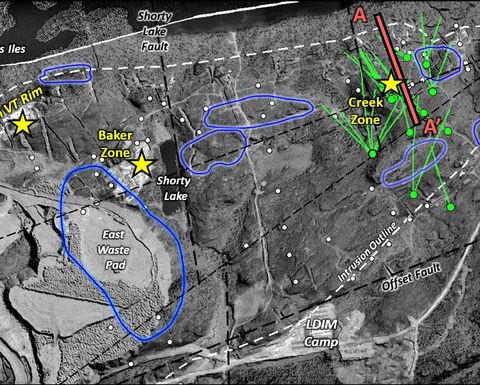 Both the Creek Zone and the North VT Rim Zone continue to expand, demonstrating similar grades and thicknesses to some of the palladium resources extracted during previous surface mining at LDI.

"Our recent surface exploration efforts at LDI are yielding encouraging results from several areas, which support our belief that significant near-surface mineral potential remains on the property," said Jim Gallagher, president and CEO of North American Palladium. "Discovering new near-surface palladium resources remains a top priority for our exploration team. The proximity to LDI infrastructure and the fact that the targets are already on mining leases suggests the potential for relatively rapid and low-cost development should sufficient tonnage be defined. This would have multiple, long-term benefits to the mine plan and the balance sheet going forward."

Dave Peck, vice president exploration at North American Palladium, stated: "New drilling results from the East Mine Block confirm that the Creek Zone is a tabular and vertically extensive mineralized horizon that has the same general characteristics as the southern portions of both the Roby and Offset zones. Recently, we began testing several targets that were defined by geophysical surveys. We are continuing with exploration drilling on the Creek and Baker Zones and will soon determine if they have adequate grade, thickness and continuity to justify resource delineation drilling."

The 2019 EMB drill programme is designed to test a series of magnetic, electrical and gravity anomalies that were detected by airborne and ground geophysical surveys completed during the fall of 2018 and the first quarter of 2019. It is also intended to follow up on recent, encouraging exploration drilling results at both the Creek Zone and the Baker Zone.

Most of the 2019 drilling has been focused around the Creek Zone, which has been intersected in several historical and recent drill holes. At the time of writing, 34 holes and 15,451m of drilling had been completed for the 2019 EMB exploration program. However, only 30 per cent of the total metres drilled have complete and validated assay results.

The new drilling results suggest that it has a minimum strike length of approximately 200m and a minimum vertical extent of 600m. The estimated true thickness of the mineralisation varies from between 10m and 75m.

Several of the 2019 drill holes intersected higher palladium grades in the range of 2 to 5g/t overestimated true thicknesses of < 1m to several metres. The continuity and volume of this higher-grade mineralisation will be addressed during the next phase of drilling. 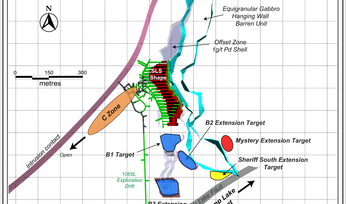 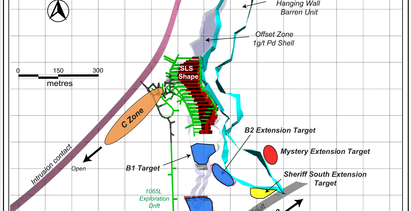