In a first for Queensland, Hastings Deering has delivered the only Cat MD6250 rotary blasthole drill in the region to contractor Mining and Civil Australia (MACA). 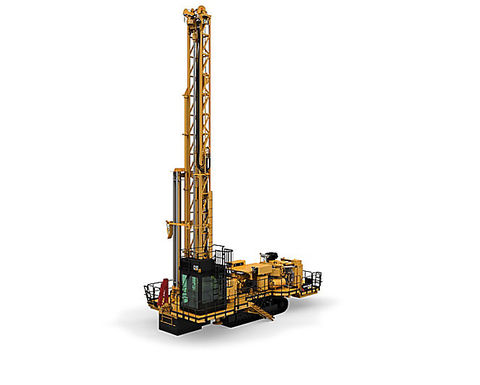 The delivery to Bluff Coal mine, east of Blackwater is the first drill of its kind to enter the territory for works in the open cut coking coal operation.

"It's an interesting site as there are restrictions around noise. MACA had experience with the MD6250's predecessor model and believed they could get the same value and production out of the new model," said Adam Davis, product manager for drills and large motor graders at Hastings Deering.

"The MD6250 has proportional hydraulics, which means the machine makes less noise during operation and the fan circuit only operates when it needs to. The machine only creates horsepower when needed, which cuts down on heat, noise and energy," added Davis.

The advanced features on the crawler-mounted Cat MD6250 drill are set to maximise fuel efficiency and improve drilling for the contractor. Its features include a Cat C27 engine, variable compressor output controls, drill depth indicators and virtual head stops for operators.

Due to its size, the MD6250 was transported in component form from Caterpillar's Denison factory in Texas, USA to Brisbane, Australia, where it began a 615km journey by road to Rockhampton.

The transportation of the machine was done across three trucks, including two large prime movers to haul the chassis and mast, as well as a smaller truck to transport the smaller accessories and parts.

In Queensland, heavy vehicles and road trains are restricted to 80km per hour speed due to safety regulations, meaning the journey from Brisbane to Rockhampton took two days to complete.

"The MD6250 doesn't have the size of footprint of an off-highway haul truck, for example, but it is still big enough that we required a pilot vehicle and police escort to make the journey safely," Davis said.

Once the components were delivered, Hastings Deering's team of engineers set aside a week to assemble the drill before delivery to the Bluff mine site to the west of the city.

Davis noted that the mine's purchase of the MD6250 drill, equipped with a hole diameter range of between 152-250mm, is in line with an industry trend towards using high-tech, mid-size drills suited to drilling holes smaller than the 270mm sizes. "In places like the Hunter Valley in New South Wales, it's the norm to go for mid-size machines with this kind of technology, and it's possible that this could also happen in Queensland in the future.

"Once the larger coal seams begin to shrink in size and the work moves to higher-grade coal seams, smaller machines are used as they are better suited to such applications," explained Davis.

Donna Schmidt bites into bits and other drilling consumables 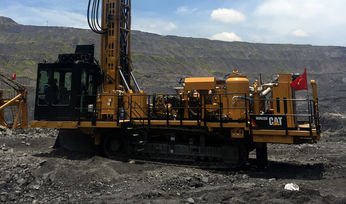 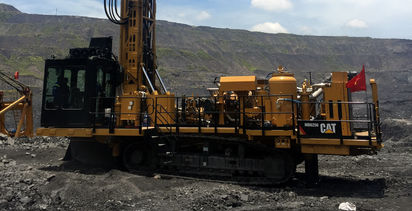