Lion One Metals Limited has released details of its recent exploration progress at its Navilawa alkaline gold project in Fiji. 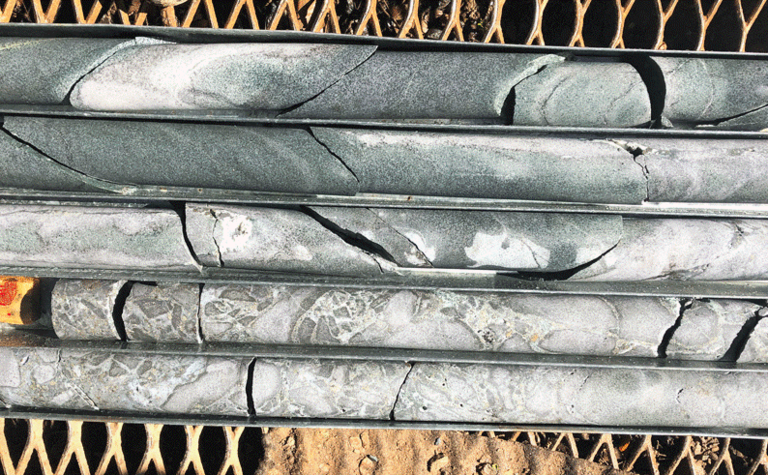 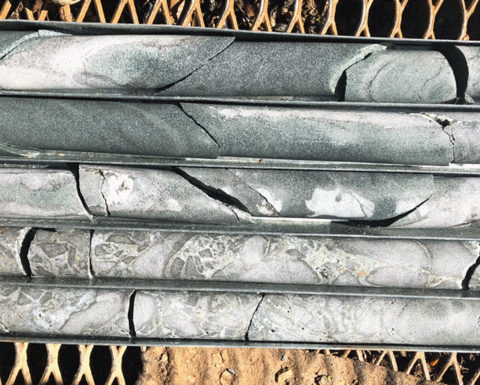 The first of a series of four deep diamond drill holes, TUDDH493 oriented eastward at an inclination of 55 degrees, is nearing its target depth of approximately 600m after undercutting the entire Tuvatu lode network near the bottom of the current delineated resource. This hole targets a particular area where several high-grade structures appear to be converging.

Multiple mineralised intercepts are apparent in core from TUDDH493, most notably an 11.3m interval of quartz veinlets in altered monzonite beginning at 318.6m. This intercept is situated approximately 7m from a high-grade interval in historic hole TUDDH160 that displayed assays up to 1,600g per tonne gold. Bright green roscoelite, a key indicator mineral at Tuvatu, is evident in some veinlets within the 11.3m interval.

There is a 4m interval of hydrothermal breccia beginning at 422.5m. This breccia is unlike any mineralisation previously observed at Tuvatu but closely resembles that seen in some lodes at the Vatukoula Gold Mine approximately 40km to the northeast.

The 4m breccia zone occurs in monzonite and is cemented by vuggy quartz-adularia-pyrite veining. Specks of visible gold up to 2mm across are observed in vugs at approximately 423m. The company believes this intercept is highly significant and suggests the mineralising system is evolving with depth at Tuvatu, a possible indication of further high-grade mineralization below.

Upon completion of TUDDH493, Lion One plans to collar its next deep drill hole, one targeting the lode system at depths of approximately 100 to 300m below the current resource. This next hole will further test extensions of the high-grade system at depth.

"A few weeks ago, we told the mining investment community our plans for Navilawa including BLEG [bulk leach extractable gold] sampling over the newly acquire Navilawa tenement and deep drilling under the Tuvatu resource," said Dr Quinton Hennigh, technical advisor to Lion One. "We are already seeing huge returns from this work. BLEG samples clearly show the alkaline gold system is much larger than previously thought and that we have a vast new area in which to develop drill targets. Our first deep diamond drill hole has encountered multiple lodes including a new style of potentially important high-grade mineralisation at Tuvatu. We are off to a very good start, but we have lots more work to do unlock the considerable potential evident at Navilawa." 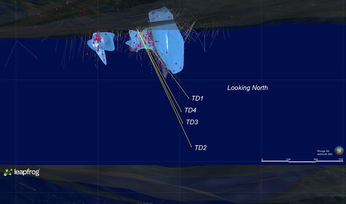 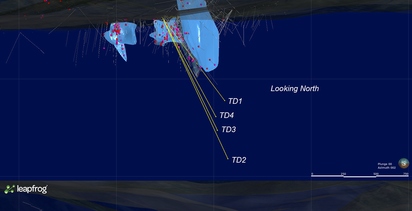