Compass Gold Corp. has launched its follow-up field programme on the Farabakoura Trend, which includes the Farabakoura and Kabangoué artisanal workings and the high-priority Boumban prospect, on its Sikasso property in Southern Mali. 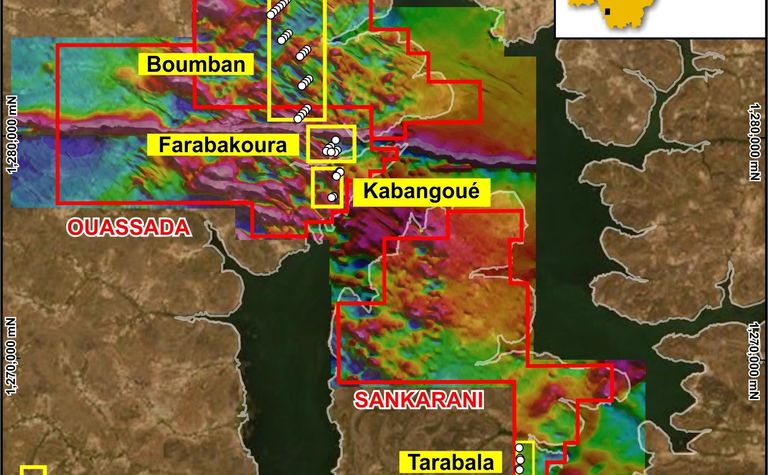 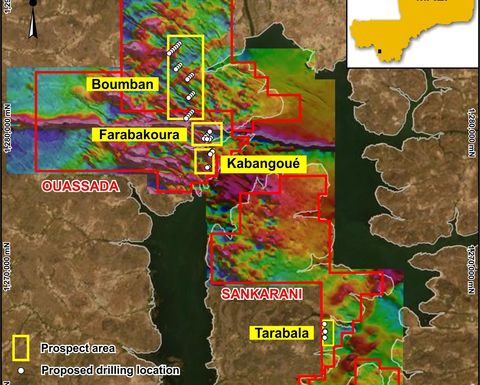 Location of five prospects (yellow rectangles) where the planned 10,500m RC drilling program will be undertaken. 800m of drilling will also be performed at Samagouela (Kourou permit), 30km south of the Sodala prospect

Compass CEO, Larry Phillips, said: "With the end of the wet season, we are now deploying our field teams to prepare our drilling sites for our next exciting drilling programme. In addition to the main Farabakoura zone, we will be drilling on five additional prospect areas, where we hope to confirm the presence of bedrock gold indicated so far by near-surface geochemistry and the presence of artisanal workings.

"The proposed 10,500m RC drilling programme will go a long way to confirming the prospectivity of these areas, with the aim of determining the best location for resource definition drilling. We expect that it will take three weeks to prepare the drilling pads, and for the ground conditions to allow the safe movement of our drilling equipment."

December 2018 and July 2019, 6,610m of reverse circulation (RC) and 1,196m diamond core drilling were performed at Farabakoura and Kabangoue, before the wet season began. Those results indicate the presence of high-grade and bonanza gold intercepts. Broad mineralised intervals such are also present, although typical widths of individual zones are typically 5 to 8m wide and vary in grade from 1 to 4g/t Au.

Based on the results of this highly successful drilling, Compass has planned 10,500m of RC drilling on six prospects within the Sikasso permit. The areas are Farabakoura, Kabangoué, Boumban, Tarabala, Sodala, and Samagouela.

On the Ouassada permit, 2,000m of drilling will be conducted at Farabakoura and Kabangoué to test the strike extension of several NE-trending vein swarms that appear to control high-grade mineralisation. Most of this drilling will take place at Farabakoura.

At the Boumban prospect on the Faraba-Coura permit, 6,600m of drilling is planned. Strong gold anomalism was identified during shallow soil and deep overburden sampling in six areas over 4km at Boumban. The degree of gold anomalism is comparable to those at Farabakoura, and ground geophysical interpretation suggests similar rock types and faults are also present.

The Tarabala and Sodala prospects on the Sankarani permit were selected for 1,100m of RC bedrock drilling. The drilling targets at Tarabala were based on the presence of active artisanal workings over 600m, coincident shallow soil sampling, grab samples containing up to 4.10g/t Au, and the likely presence of potential mineralised structures based on ground geophysics. Bedrock drilling at Sodala is planned to investigate the current artisanal workings, where grab samples of mineralised quartz veins have returned up to 2.87g/t Au, and shallow soil sampling proximal to the gold workings contained up to 31.1g/t Au.

The final area where drilling is planned is at the Samagouela artisanal workings on the Kourou permit (part of the Yanfolila South block). Artisanal activity in late 2018 is anecdotally reported to have recovered 645oz of gold in a three-month period. Shallow soil geochemistry and a ground magnetic survey performed by Compass has identified likely mineralised structures that will be tested by drilling. This 800m drilling is expected to take place in late January 2020. 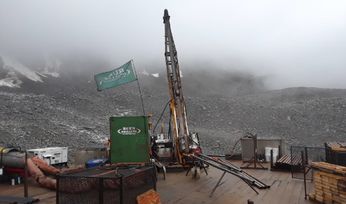 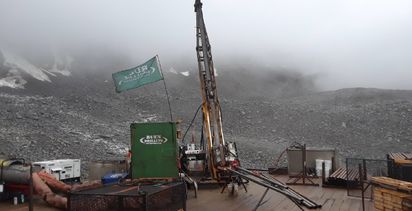