An increase in productivity at Glensanda, the largest granite quarry in Europe, is the result of the introduction of an Epiroc SmartROC C50 top hammer drill rig. 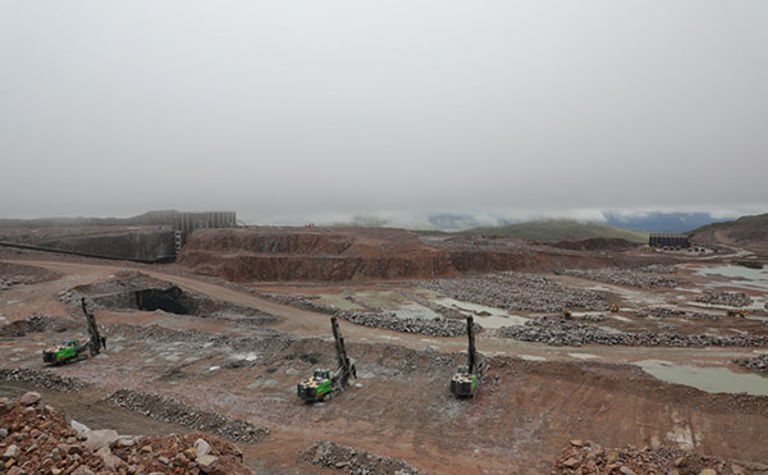 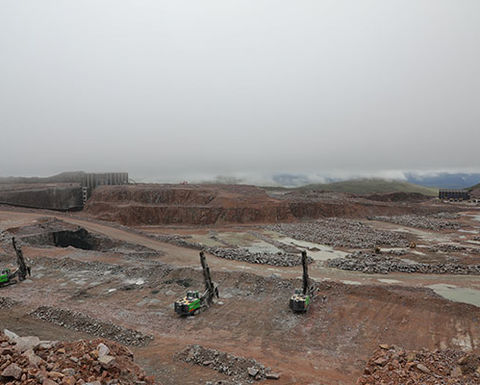 Glensanda, which is located in the Scottish Highlands, has been in operation since 1986 and produces around seven million tons of aggregate per year with reserves are expected to last at least until the year 2100. The quarry is owned by Aggregate Industries, but the company sub-contracts drilling and blasting to BAM Ritchies.

"We're nine people in the quarry and produce about 130,000 tons per week working one shift per weekday. We switched over to SmartROC C50 and T40 top hammer drill rigs," said Jonathan Will, blasting engineer at BAM Ritchies. "Switching to modern, technically advanced rigs with a high degree of automation and GPS capabilities has made a world of difference.

"Take the C50, for example - it's far more efficient than the old L7 we used to have. We're saving 47 per cent on the fuel compared to the former rigs, and Epiroc has increased the service life of the hammer by 50 per cent. It's easier to adjust the airflow, which saves the drill bits. It's measurably increased the lifespan of the consumables. The C50 has achieved a 40 per cent increase to the lifespan of the outer steels and reaches around 20,000m, and a nearly four-fold increase to 90,000m for the inner steels," Will added.

Talking about operating the SmartROC50, BAM Ritchies' rig operator, Gary Stewart, said: "I start the top of the hole manually. When I'm satisfied it's going well, the automatic drill control will drill the rest of the hole. When for some reason or another we can't drill at the marked location, the machine will calculate a new angle, azimuth and depth. The bottom of the hole will be in the proper position, even if the top is a couple of meters to the side."

The drill plan for the drill and blast operations at Glensanda is created by scanning the rockface, marking the planned holes, then saving the data to a memory stick which is plugged in and uploaded to the SmartROC rig. The rig then drills the holes at correct angles, azimuths and depths, and saves all drill data so it can be used when planning the charges for the blast.

"The rig collects a lot of data about for example rock quality when drilling. This is a huge benefit to us when we plan future blasts," said Will.

The GPS functionality has made a great difference to the efficiency of the shots. Not having to manually estimate where to drill or make corrections has helped BAM Ritchies to maximize the burdens and spacings on shots, increasing production. The GPS is particularly helpful at a site like Glensanda.

"Well, we're high up on a mountain above the sea. About 30 to 40 per cent of the time we have really bad mists with a sight of 3-4m. Previously, we lost a lot more time due to the weather conditions and surveying but now we can do everything from the cab without putting the operator at risk. In the winter there's lots of snow, and this is when the GPS really comes into its own by letting us drill at the proper location right through the snow cover. That has made a huge difference in productivity," Will concluded. 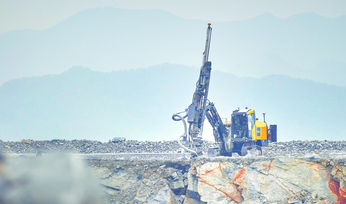 Eurodrill has been busy during lockdown