Paul Grad provides GDI with an insight into the state of mineral exploration in Western Australia with an emphasis on greenfield work by juniors. 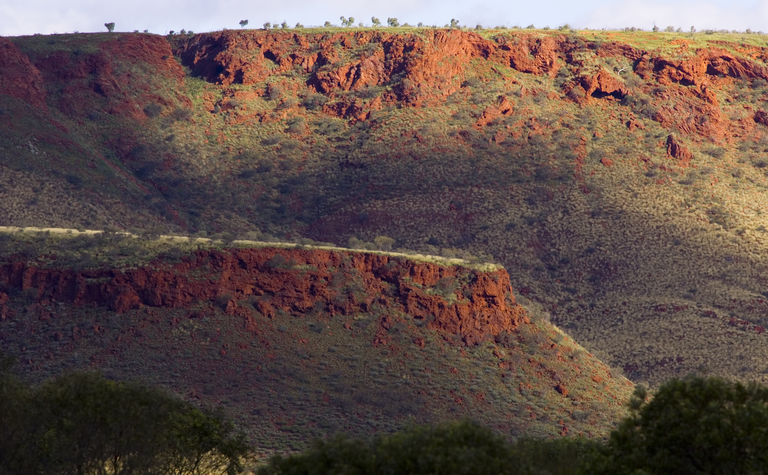 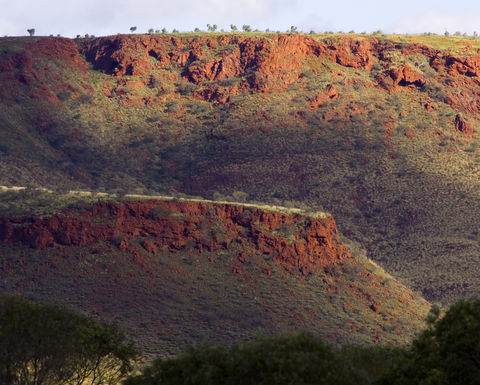 Australia is one of the top five producers in the world of 17 commonly traded commodities, including gold, bauxite, iron ore, rare earths, mineral sands, zinc, lead and coal. According to Geoscience Australia (a government technical adviser), Australian mineral exports (excluding petroleum products) amounted to AUS$179 billion (US$123 billion) in 2017. In that year, mining accounted for 8.1 per cent of gross domestic product and directly employed about 220,000 people.

Consistent investment in exploration is crucial for a thriving mining industry and mineral exploration expenditure in Australia has been steadily increasing in recent years. It was AUS$2.3 billion in 2018-19, up from AUS$2 billion in 2017-18. Western Australia's contribution to the overall figure in 2018-19 was AUS$1.4 billion (61 per cent).

This does not, in itself, mean that all is going well with the Australian mining industry. Increased exploration expenditure may simply be a consequence of the fact that it has become increasingly difficult to find mineral deposits of sufficient grade and size, and in favourable circumstances for mineral production.

There has, of late, been a huge amount of mineral exploration activity in Western Australia by a large number of companies and many have found good mineral deposits. However, much of that activity has been the exploration of existing mines (brownfield exploration), rather than exploration to identify new resources (greenfield operation), and greenfield operation is essential to if new deposits are to be found which will guarantee the future of mining in Australia.

In 2019, the Western Australian Department of Mines, Industry Regulation and Safety reviewed 64 applications for the Exploration Incentive Scheme's (EIS) co-funded Exploration Drilling Program. The Western Australian government has revealed that a third of the applicants are searching for battery-commodities; mainly nickel or nickel-cobalt exploration. Other commodities being investigated include vanadium and lithium.

There are currently about 700 drilling rigs employed in mining exploration in Australia, in both greenfield and brownfield operations. RC drilling is simpler and less expensive than diamond drilling, but at the face of the bit, everything is pulverized, whereas with diamond core drilling, as the name suggests, a cylindrical core of soil is brought to the surface. In RC drilling, the pulverized rock is sent up the inner tube by air pressure. The pulverized rock dust or cuttings retrieved, once analysed, provide a valuable amount of information about the ground. One important advantage of RC drilling is that the samples are free of contaminants.

Sample velocity through the inner tube can reach speeds of 250 metres per second, making the retrieval of drill cuttings a rapid and safe method requiring fewer man-hours. While RC drilling also requires far less water than diamond drilling, making it ideal for many locations in Australia, where water is scarce.

However, if accuracy is important, RC drilling is not the ideal choice as it can be difficult to keep the RC drilling hole straight. RC is the way to go if you need to drill a hole quickly and cost-effectively and if you do not need a core sample.

Diamond drilling is trickier and more expensive than RC drilling partly because it is much slower and requires greater skill from the operator. However, the major benefit is that it allows the collection of a cylindrical core of material that is cleaner and allows for more accurate analysis of the collected sample.

Directional drilling is more technically involved again, requiring a high level of skill from the operator, but it can be very effective in searching for the right place to explore.

Currently, exploration activities in Western Australia are targeting mainly nickel, vanadium and gold. Among those projects, Poseidon Nickel Ltd is a nickel sulphide development and exploration company with three projects located about 300km from Kalgoorlie in the Goldfields region of Western Australia.

The company has undertaken 2,500m of underground RC drilling below the Black Swan open pit, with eight holes completed to date. A maximum drill depth of 174m has been achieved and a maximum drill rate of 109m in a 10-hour shift. According to the company, estimated drill costs are half that of a diamond hole of the same length and the drill rates are much faster.

Meanwhile, Auroch Minerals Ltd has started a 3,000m diamond drilling programme at its recently acquired Saints nickel project, located about 65km northwest of Kalgoorlie and down-hole electromagnetic surveys will be completed on all the drill holes.

Auroch's MD, Aidan Platel, said: "The extremely high grade of the nickeliferous massive sulphides intersected in the drill hole exceeded our expectations and highlight that we are in a very nickel-rich ultramafic system at Saints that is capable of hosting a major nickel sulphide deposit."

The company also operates the Leinster gold, nickel and base-metal project located about 40km from the township of Leinster.

In the Murchison District, Mithril is exploring for copper, nickel and zinc on the Nanadie Well project, and for copper, silver, zinc and lead on the Bangemall base metal project.

Nickel sulphide deposits with features that aid in the exploration of them are in the Kambalda district of Western Australia. Mincor Resources NL has tenements covering some 300km2 in the Kambalda region. The company maintains an aggressive exploration program throughout the Kambalda Nickel District targeting both brownfield and greenfield deposits.

Neometals Ltd is exploring a ferrovanadium-titanium deposit within the Barrambie Igneous complex. The company drilled more than 5,000m using RC and diamond drilling during 2017 and 2018.

Australian Vanadium Ltd is exploring the nearby Lady Alma Igneous complex and, in 2019, completed 43 RC drill holes totalling 5,549m, and thirty diamond drill holes for 2857m of core for resource and metallurgical studies at its Australian vanadium project.

St Barbara, an Australian gold producer and explorer, has assets including the Leonora operations which contain the Gwalia 1.2Mt/a processing plant and the Gwalia underground mine with an indicative mine life to FY2031.

A drilling contractor for Nothern Star Resources at its Jundee gold mine, DDH1 Drilling, has drilled a 3,217m exploration hole to test a potential new deposit. Since most of the more accessible deposits have already been discovered, exploration companies are using sophisticated geophysical methods to highlight deep structures which can only be examined by drilling extremely deep holes.

Gold Road Resources is currently focused on developing the Yamarna Belt, located on the Yilgarn Craton in Western Australia, which produces more than half of Australia's gold.

Bedrock RC drilling has intersected mineralisation across one traverse on a new trend to the west of the previous drilling and diamond drilling is nearly complete at Gruyere. The final four holes of a total of 20 are in progress with Gruyere attaining commercial production in September 2019. 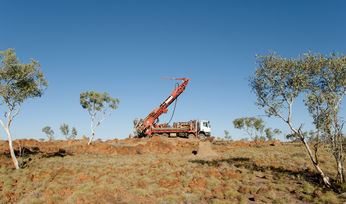 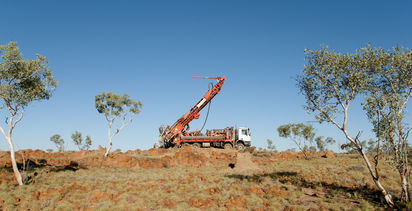