Initial results of exploration drilling at Cordero announced by Discovery 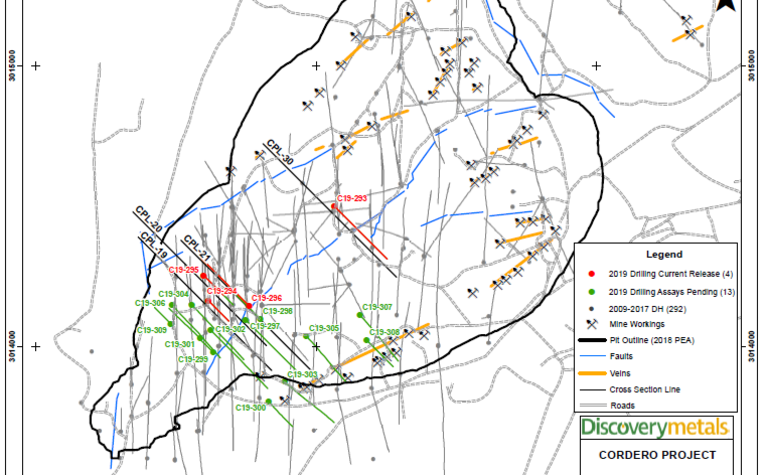 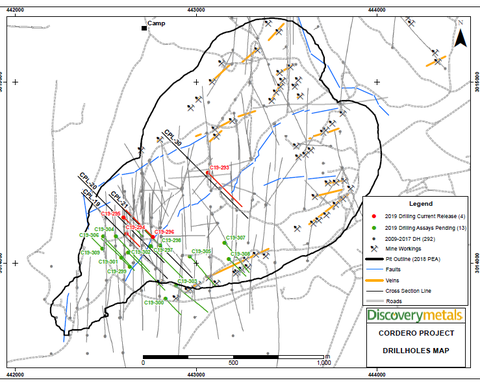 Discovery acquired Cordero through the acquisition of Levon Resources Ltd. in August 2019. The results are part of a 30,000-35,000m Phase 1 drill programme that Discovery plans to complete in 2020. The focus of phase 1 is to: (1) delineate, expand and then re-domain areas of higher-grade mineralisation within the existing Cordero resource; and (2) test new high-priority targets outside the current resource, including targets on the large 35,000-hectare property package that surrounds Cordero.

Taj Singh, president and CEO, said: "These first results from Cordero are very encouraging and support our thesis that within the very large resource area exists a shallow, higher-grade component. The presence of higher-grade gold in the most strongly mineralised areas is also positive. Cordero has many attractive features: open-pittable, good metallurgy and excellent surrounding infrastructure. We look forward to completing the exploration in 2020 required to re-scope and optimise this very exciting property."

Since acquiring Cordero in August 2019, Discovery's focus has been on understanding the nature of the higher-grade zones within the larger mineralised system with the objective of upgrading the economic potential of the project.

Based on Discovery's review of previous work and the re-logging of core from historic drilling, higher-grade mineralisation is currently understood to be predominantly associated with two styles of mineralisation: (1) sulphide mineralisation within a breccia host; and (2) discrete sulphide veins. The goal of the current drill programme is to gain an understanding of the geology, geometry (strike, dip, orientation) and controls on these styles of mineralization to define and delineate the higher-grade zones.

To date, 17 holes totalling 5,940m have been completed. All the holes were drilled within the existing resource area as defined by Levon. All holes were drilled roughly perpendicular to the northeast trend of higher-grade blocks outlined in the current resource model.

Holes C19-293 through C19-296 are the first four drilled by Discovery. All holes were successful in targeting the first style of higher-grade mineralisation: sulphide mineralisation within a breccia host. Sulphide mineralisation consists predominantly of sphalerite, galena and pyrite in veinlets and disseminations and is typically hosted within dacite clast-dominated breccias. All four holes confirmed the northeast trend of the high-grade mineralised zones within the existing resource area and, in several cases, suggest the possible expansion of the mineralisation beyond the current block model. The current drilling has returned intervals that are among the best with respect to width and grade drilled to-date on the project.

Pending holes targeted both breccia-hosted sulphide mineralisation as well as discrete sulphide veins. The presence of high-grade discrete sulphide veins at Cordero is well documented through prospecting and small-scale mining. However, these veins were never a focus of Levon's prior exploration. Discovery believes that definition of these veins has the potential to significantly enhance the high-grade component of the deposit.

Positive drill results for Discovery at its Mexican Cordero project