As mining companies seek to improve their safety performance and achieve a “Zero Harm” industry, rig manufacturers like Comacchio are responding with new technologies designed to enable exploration operations with greater safety and efficiency 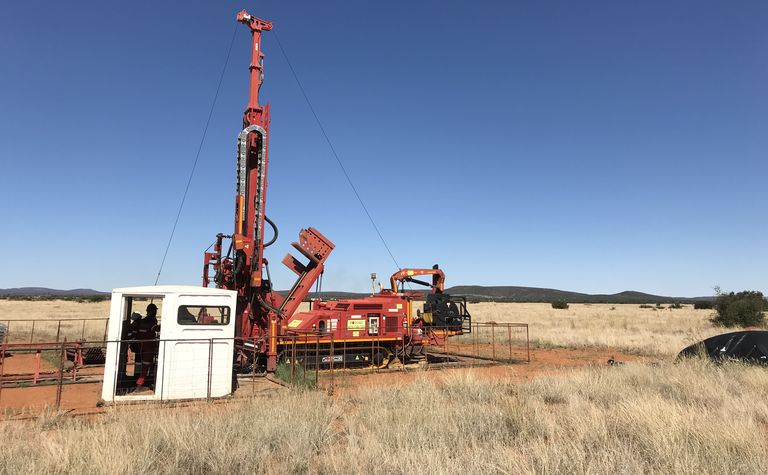 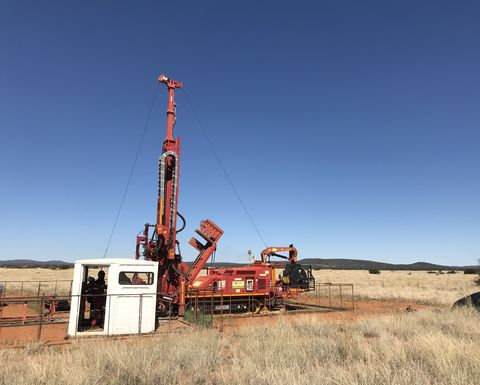 Over the last decade, the mining industry has overwhelming embraced the so-called "Zero Harm" concept, based on the idea that no workplace death or injury is acceptable. This vision promoted through numerous campaigns has produced a mindset shift in the industry and has contributed to the adoption of a consistent approach to eradicate all work-related injuries.

Comacchio then explains that the design and construction of exploration drill rigs must, therefore, consider all relevant aspects, from exposure to respirable dust and noise protection up to the use of technologies that automate unsafe and potentially hazardous job activities.

He also notes that: "Mining houses are establishing standards requesting that exploration rigs comply with fully-automated rod-handling systems. Statistics show that most injuries occur while people are manually handling equipment, including long-term injuries that can be the result of years of muscular stress from the frequent lifting of heavy loads.

"Comacchio has a long history of delivering rod-handling solutions for various drilling applications. We took our knowledge and our expertise gained from working side-by-side with clients for over 30 years to enhance our equipment design with multiple features that are most directly relevant to exploration needs."

The newly designed systems are the result of Comacchio's partnership with the South African-based mining and geotechnical contractor Rosond, which specialises in both surface and underground exploration drilling.

Rosond recently signed a major exploration contract for one of its iron ore mining clients, which involves the supply of 30 advanced drilling rigs that will come into operation at the beginning of this year. The mining giant which awarded the contract described it as part of a broader initiative to "modernise its geoscience operations, and extend the life-of-mine of two major iron ore mines in the Northern Cape, as well as to elevate safety standards, and improve productivity."

Comacchio's synergy with Rosond has allowed the Italian rig manufacturer to develop an array of fully automated rod-handling systems that have been designed in a targeted way for mineral exploration drilling. Comacchio believes the system will set new standards in terms of safety and operational efficiency in this segment saying: "With the introduction of these new rod-handling systems, the work on site will be organised in such a way that manual handling can be avoided completely or at least restricted to the extent that no lifting of loads is required."

"After a longstanding relationship, Rosond has appointed Comacchio to be the preferred supplier for its multiple large exploration contracts," says Rosond's technical director, Marcelo Cravo. "Our partnership started in 2012. The first Comacchio unit introduced by Rosond was an MC 900 P.1, a 30t-pull rig configured for diamond drilling. That was the starting point of a long-term relationship that has involved major research and development investment from both Rosond and Comacchio."

As part of the R&D program, three prototype units were introduced in the Northern Cape on one of Rosond's large iron ore projects and have been in operation for five years. Tests conducted within this partnership proved that the rigs were able to perform core drilling up to 800m deep using PQ rods, achieving the drilling outcome in 40 per cent less time due to the higher efficiency of the rigs and reduced downtime caused by mechanical issues. 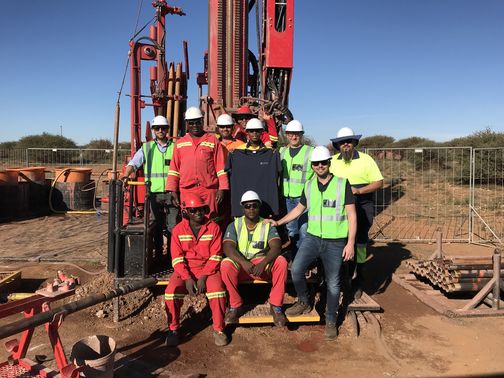 Rosond has estimated that the introduction of the latest new rigs and technology will not only increase safety levels but improve operational efficiencies by 30 per cent. "The roll-out plan includes 30 drill rigs that will go into operation throughout 2020," says Cravo. "Most of the rigs will be configured for diamond core drilling and will feature either a 15t-pull or 30t-pull mast. They will be used for greenfield and brownfield exploration work up to 800m deep. We will also bring into operation a few reverse circulation rigs that will be used for drillings up to 300/400 m deep.

"Together with Comacchio, we take special pride in having introduced a new generation grade control rig in the programme. Approximately one-third of the rigs supplied under this contract will be used for grade-control drilling in the pits of the ore mines up to 30/40m deep. These newly designed units will feature a patented rod carousel and rod-handling system, an air-conditioned cabin with state-of-the-art air quality management and camera monitoring system."

Depending on the application, the rigs will feature three different types of rod-handling systems. The RC / DTH drilling rigs are equipped with a conventional type of rod-handling system. It is based on the use of a loading arm that will pick the rod from a rod table, lift it and add it to the drill string aligning it with the rotary head and the mast. Rigs that are designed for diamond core drilling will be equipped with a manipulator arm mounted on the rig base carrier that lifts the rods out of the side rack using two clamps and places them in the right alignment.

"Unlike other manipulator systems that are conceived as free-standing ancillary equipment and require the use of large rod racks or tables, taking up a lot of space in front of the rig, the new Comacchio rod-handling system is completely integrated into the machine body," explains Emanuele Comacchio. "This allows us to speed up and simplify transport operations and offers the benefit of reducing the overall footprint of the equipment inside the mine.

"Just like the increased attention to safety performance, there is a global call to reduce the environmental impact of exploration activities. Drilling and access for drilling represent a very invasive aspect, our onboard rod-handling system minimises surface disturbance and represents a step forward towards a more ‘environmentally friendly' model. In fact, we are able to supply diamond coring rigs that can be easily transported in one load, including 270m of drill pipe, with minimum mobilisation costs and environmental damage," adds Comacchio.

The newly designed grade control drilling rigs will feature a patented rod carousel that holds up to 192m of RC rods and a super-efficient fully automated feed system. With the high capacity carousel and auto-feed making quick work of the project, on-site drilling can be accomplished by a single driller in around half the normal time, without the need for assisting operational personnel. These new generation grade-control rigs are easy to load on one truck with the required drill pipe length and offer a short set-up time and flexibility to move quickly and easily between holes.

Thanks to the total automation of the rod-handling processes and the use of remote-controlled technology on all the units supplied under the contract, the operators can easily and effectively handle the rig from an air-conditioned cabin next to the machines. The Comacchio proprietary remote-control system will be adapted to offer an application-specific and particularly user-friendly interface.

In recent years, Comacchio has been investing in the development of solutions for remote monitoring and diagnostics, giving clients a full overview of the efficiency and performance of their machines, systems, or fleet. The rigs that will be deployed at the Northern Cape mines will feature a data logging system that has been developed and optimised for exploration drilling operations. Thanks to the use of state-of-the-art sensor technology, the data logger can be used to monitor the progress of the drilling project through the acquisition of such data as feed force, rotation speed, torque, bit wear, number of bits used per borehole etc. The collected data can be analysed and used in real-time to control the drilling process and are stored in a secure database to produce reports for the mine. When an Internet connection is available, the data logger allows for remote access and control of the data and the drilling process itself.

"The data logger was developed on the base of our ComNect system, a remote control and monitoring tool that has been available for all Comacchio rigs since last year. The system was upgraded with the addition of some special features that allow the acquisition of data that are critical for exploration applications, ensuring a more complete and accurate dataset and meeting reporting requirements set by the mine," explains Comacchio.

"While developing the system we have put a special focus on achieving better maintenance planning and facilitating predictive maintenance. For example, we have introduced the possibility to collect data that are used for the control of the bit wear and that can be very useful in preventing breakdowns and equipment downtime. All the information can be viewed on a touch-screen display installed on the rig or in real-time from a PC, phone or tablet, which makes data access much more user-friendly than the traditional gauges. The driller can use the operating parameters monitored by the system to achieve a better rate-of-penetration and to extend bit life.

"Drawing from the latest technological developments across various disciplines, we have achieved the combined effect of a rig that gets the job done effectively and efficiently coupled to an assortment of both active and passive systems designed to protect the operator and those around the rig," says Comacchio. "We are confident that with this new product assortment we will be able to make a substantial contribution to consolidating the safety achievements of our clients specialising in exploration drilling." 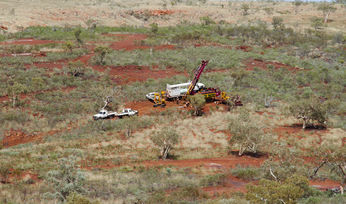 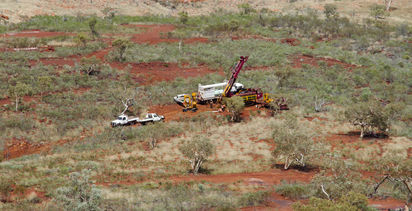