Sonoro Metals Corp. has completed a comprehensive technical assessment on the 17 zones of gold mineralisation identified to date at its Cerro Caliche project in Sonora, Mexico. 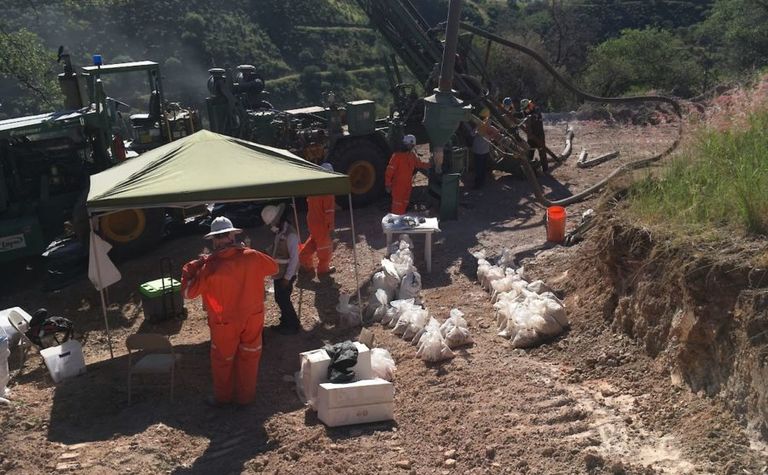 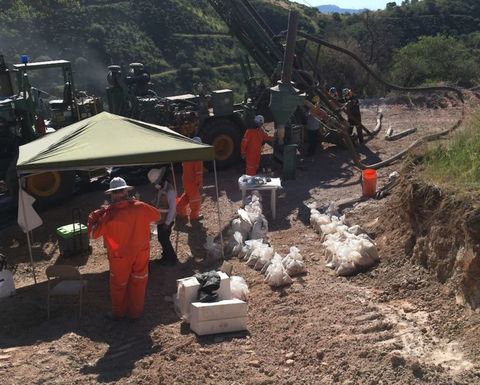 Sonoro Metals has released details of its continuing drill programme at its Cerro Caliche project in Sonora, Mexico

The purpose of the assessment was to evaluate the potential for a material increase in the current 201,000oz AuEq resource as well as the potential to delineate further resources throughout the mineralised zones. A programme combining reverse circulation and core drilling for up to 50,000m of drilling will be carried out in several phases.

The next phase, Phase III, targeting approximately 10,000m of drilling, will commence in March 2020.

In Phases I and II of the drilling programme, a total of 96 holes totalling 10,328m were drilled and assayed for an average drill hole length of 107.6m, all inclined. The combination of historic and current exploration drilling totals 23,679m in 212 drill holes, in addition to more than 6,000 surface samples. Drilling to date has outlined shallow, bulk tonnage gold mineralised zones with grades similar to operating heap leach mines in the region.

In addition to the continuation of reverse circulation drilling, core drilling will also be employed during Phase III to more accurately determine the dimensions of the gold-mineralised geologic structure. These mineralised structures are common within the shallow gold-silver resource partially defined by the recent reverse circulation drilling. Furthermore, core drilling will be employed to explore the potential for higher-grade gold mineralisation in the vein zones that structural analysis asserts may be present at greater depths within the veins. In general, mineralisation models indicate that deeper parts of low sulphidation epithermal deposits are more likely to contain higher-grade precious metals.

"We are particularly encouraged by the fact that the initial 201,000oz gold resource is situated within a surface area comprising under 10 per cent of the total property area," said Kenneth MacLeod, president and CEO of Sonoro. "Also, only 30 per cent of Cerro Caliche's known regions of potential gold mineralisation have been drilled. Essentially all of the 17 zones of gold mineralisation so far identified at Cerro Caliche remain open to expansion along strike and new zones of gold mineralisation are currently being discovered in previously unexplored regions of the property."

The proposed drilling programme has been designed to optimise the current data from each of the zones of gold mineralisation. This ensures that the placement and angulation of the new holes will likely contribute to a potential increase in the size of the resource and develop a greater understanding of the geological structure within the shallow zones and to depth. Drill holes will be placed at a maximum spacing of 100m to enable proper classification of the results. Sequencing of drilling for each individual zone is currently being finalised.

The drilling proposals for each mineralized sector are:

A total of 88 additional reverse circulation holes totalling 9,880m are proposed for infill drilling at the Japoneses-Cuervos zone, with the goal of augmenting the current size of the gold resource as well as upgrading this resource to the indicated category.

An additional 42 reverse circulation holes totalling 10,770m and eight core holes totalling 3,100m are also proposed to investigate the expansion of the zone. Mineralisation at the Japoneses-Cuervos zone remains open to extension in all directions and to depth including the potential to intercept the adjacent zones of Abejas, Chinos Altos, and Chinos NW and create an expanded open pit profile.

The programme will incorporate infill and expansion drilling with a maximum spacing of 100m between holes to enable the calculation of a potential initial inferred resource.

The Buena Suerte - El Quince zones, which are located between the Cabeza Blanca and Japoneses zones, will be allocated 22 additional reverse circulation holes totalling 4,380m over a potential strike length of 1.5km. Four holes have been drilled to date at Buena Suerte and one hole has been drilled at El Quince. All holes intercepted gold mineralisation with an intercept of 10.67m of 1.06g/t AuEq encountered at Buena Suerte.

The proposed drilling programme will also investigate the potential for the Veta de Oro zone to connect with the on-strike Abejas zone to the southeast as well as the potential for the for El Boludito zone to connect with the on-strike Japoneses zone, also located to the southeast, projecting the strike length of the combined Cuervos-Japoneses-Boludito zone to an estimated at 1.5km.

Located on-strike approximately 1.5km northwest of the Central Zone, the Gloria and El Rincon gold mineralised areas within the Northwest Zone present an opportunity for defining a potential resource measuring 500m by 250s. A total of nine holes have been drilled to date with intercepts at El Rincon of 10.67m of 0.74g/t AuEq and 4.57m of 1.29g/t AuEq.

An additional 40 reverse circulation holes totalling 8,725m and five core holes totalling 1,900m at a maximum 100m spacing between holes are proposed. The intention is to determine the gold mineralisation potential at El Rincon and Gloria as well as to investigate a potential connection along strike with the Central Zone to the southeast.

La Española is located approximately 1km southeast of the Central Zone. Recent mapping and sampling by Sonoro have identified several high-probability gold targets to the north and east, at La Magdalena, Abel and Tres Nacions. To date, four holes have been drilled at La Española, with intercepts of up to 9.14m of 1.327g/t AuEq.

Ongoing mapping and sampling programmes have identified additional high-probability target zones within both the eastern and southeastern regions of the Cerro Caliche property. Following completion of the sampling programme, Sonoro anticipates the inclusion of these targets in future drilling programmes. 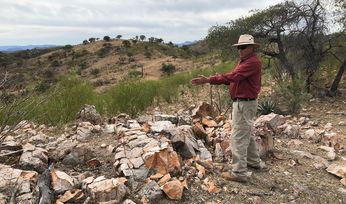 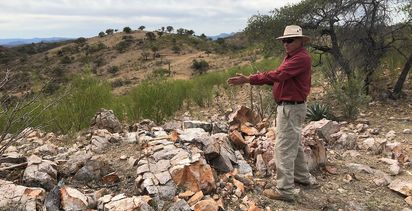