Pan Global Resources Inc. has reported that two more drill holes will be added to the step out drill programme now in progress at the La Romana copper target in the Escacena Project, Iberian Pyrite Belt, southern Spain. 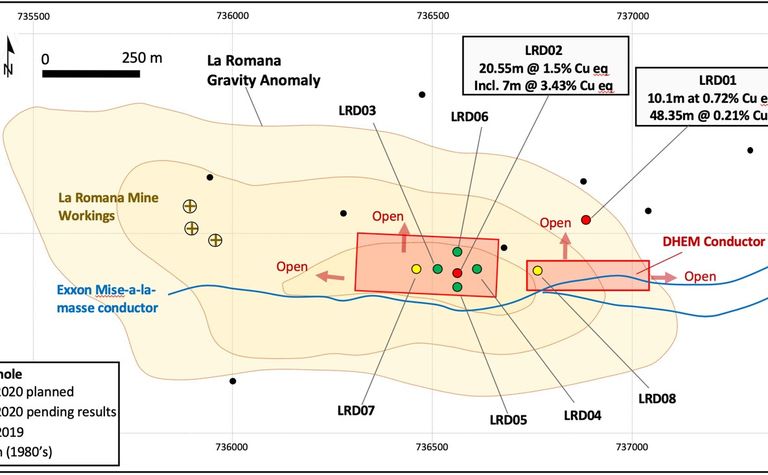 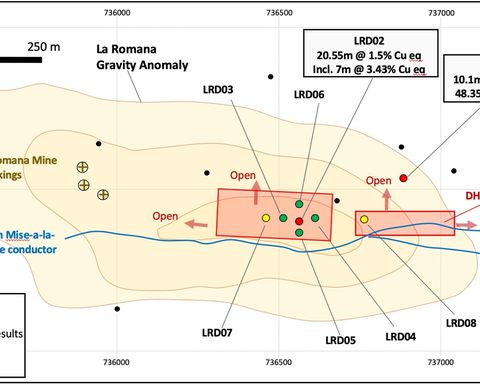 Tim Moody, president and CEO of Pan Global Resources, said: "With copper mineralisation in each step out drill hole completed so-far, we are excited to add two more drill holes to further extend the mineralisation."

The company has completed four diamond drill holes (LRD03, LRD04, LRD05 and LRD06) in the first step-out programme at the La Romana target. These holes test along strike, up and down dip from hole LRD-02 which intersected 20.55m at 1.5 per cent Cu equivalent from 37m, including 7m at 3.43 per cent Cu equivalent.

Copper mineralisation has been intersected in all of the drill holes, including semi-massive to massive sulphide and stringer style sulphides. Assay results for the first three new holes are expected before the end of March with the remainder to follow.

The new drill holes indicate the copper mineralisation in hole LRD02 continues along strike East and West, down-dip and up-dip to within 12.5m from surface and remains open all directions.

A deeper pyrite-dominant sulphide zone has also been intersected up to several tens of metres thick, including intervals of banded or stratiform massive sulphide and local stringer style chalcopyrite.

Two more drill holes will be added to the programme to test for further extensions of the copper mineralisation. Hole LRD07 will step approximately 100m West from hole LRD02, where down-hole electromagnetics (DHEM) shows a conductor coincident with the copper mineralisation in LRD02 is increasing in this direction. Hole LRD08 will test approximately 200m East from LRD02 and also aim to intersect the upper southwestern corner of an off-hole DHEM conductor below hole LRD01. 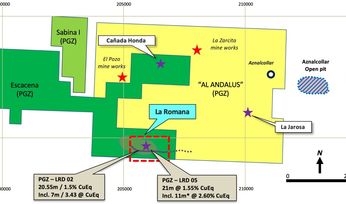 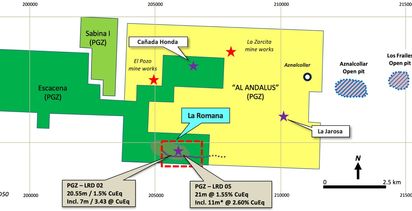