Silver One Resources Inc. has reported analyses and tabulation of the results for the final four holes of the diamond drill programme recently completed at its Candelaria project in Nevada, USA. 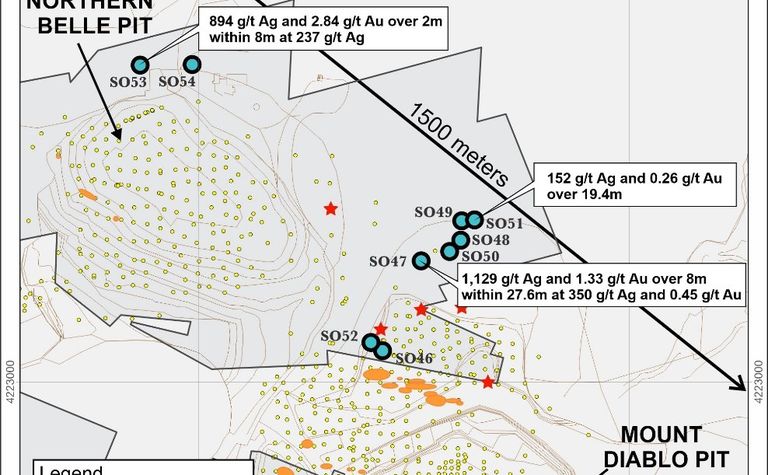 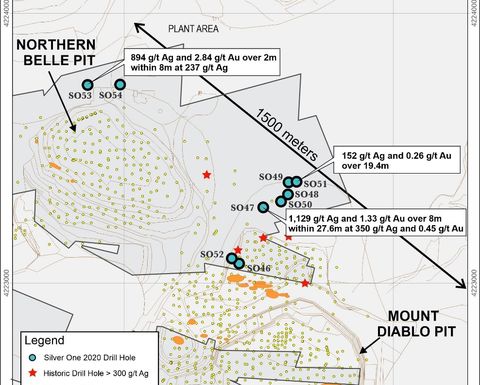 Silver One Resources has reported on its drill programme at its Candelaria project in Nevada, USA

Silver One's president and CEO, Greg Crowe, said: "The results received continue demonstrating the persistence of higher-grade silver mineralisation at depth. We are encouraged by the high silver grades encountered between the Mount Diablo and Northern Belle, as they indicate that clusters of higher-grade silver mineralisation occur within an area covering a potential strike length of over 1,500m.

"These results demonstrate that additional drilling is highly warranted, both down-dip and along strike between the two pits, to fill in undrilled areas with the objective of potentially expanding the previously known areas of mineralisation."

The original programme proposed 3,500m of diamond drilling, but the programme was slowed in order to maximise drill recoveries in the areas of oxide mineralisation. This procedure yielded an average of 97 per cent recoveries that greatly enhanced the understanding of the geological and structural controls on the mineralized systems. The programme was shut down in March with the onset of COVID-19.

Drill hole 51 extended the LCS (Lower Candelaria Shear) silver-gold bearing horizon an additional 30m east of drill hole 49 and an additional 50m north from the nearest historic drill hole. The width of the mineralised horizon (19m) is consistent between the two holes.

Drill hole 52 located between the Diablo and Northern Belle pits exhibits a zone over 100m wide that includes five mineralised horizons averaging 4m wide each, including a 2m interval with 219g/t of silver.

The overall drilling programme validated historic high-grade intercepts both down-dip from and between the Mount Diablo and Northern Belle past-producing open-pits. An area covering over 1,500m along strike hosts clusters of higher-grade mineralisation and clearly demonstrates that additional drilling is warranted to more fully test the extent and grade of this system. Also, the along strike, near-surface areas marginal to the two open-pits will need to be drilled to better outline potential extensions to the historic open-pit mineralised system.

Robit describes its new Rbit series of button bits as being the new standard for top hammer drilling... 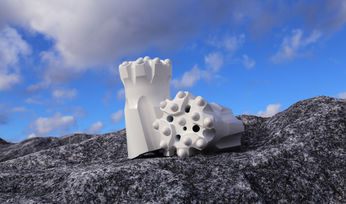