How Drilling Services is achieving an additional two meters per hour 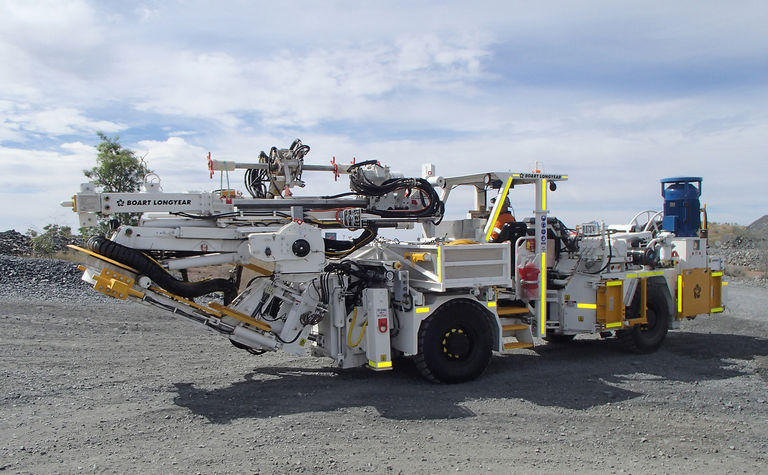 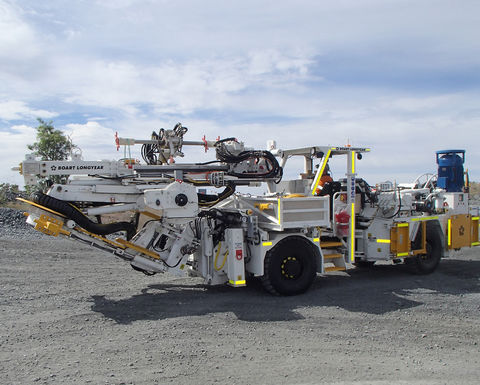 The MDR500 was the long-term brainchild of Geoff Moroney, Drilling Services Asia Pacific fleet & asset manager, and John Kirkwood, Drilling Services Asia Pacific regional director. The project was given the go-ahead after market research indicated that there was a desire from sections of the Australian market for a medium-depth underground diamond drill rig which was in the most part self-sufficient and could move quickly from hole to hole. The first completed rig rolled out of the workshop exactly one-year after the initiation of the design concept.

The basis of the idea was to convert the existing MDR150s in the company's Australian fleet into MDR500s. The original MDR150 was designed and built by Geoff Moroney and Nathan Kaesler (now global R&D engineering manager) nearly 10 years earlier, when Moroney was working on tooling and Kaesler was a fresh, keen, new engineer at Boart Longyear.

The MDR150 consists of a 75kw power pack and a 400 series feed frame mounted to the telescoping boom of a very solid Normet carrier, finished off with 144m of on-board rod storage. It is perfect for quick, short holes on sites where the manual handling of rods into the drill string is allowed. The MDR500 meets the increasing demand within the market for a mobile rig for deeper holes combined with the ever-increasing push to reduce manual handling. With MDR150s being almost 10 years old, most in need of a major rebuild and with several key control system components outdated, it made sense to convert these MDR150s into new MDR500s.

With the project coinciding with the first prototype tests of the upcoming LMi underground power pack platform it was an easy decision for the design group to choose the new 110kW LMi design to power and control the drill that consists of a Boart Longyear HQ high-speed drilling head mounted on a 700 series feed frame and utilising a standard underground rod handler.

After the basic concept was decided upon, the project became somewhat of a complex packaging task for the Asia Pacific Drilling Services Engineering team. Finding ways to shoehorn all of the LMi components along with the 500m of rods onto the carrier and then design an arm that could hold the much heavier drill out the front of the rig while still allowing a full 360-degree horizontal and plus 90- to negative 90-degree drilling angles to be achieved was no easy task.

An innovative concept from Stewart Jones allowing for the front rod bin to sit over the front axle during transit and then tilt into a vertical configuration on either side of the rig during use allowing for ergonomic rod handling was an added bonus along the way. The project was certainly not without its challenges with some strengthening of the Normet chassis and a larger front axle being required to take the substantially heavier load now carried by the front of the machine.

The tight project timeline meant that the design and build had to happen concurrently and the team in the workshop, under the direction of the lead fitter on the project, Darren Watson, did a superb job of building and assembling the first rig despite only having half-finished designs and partial drawings in the beginning. Designing the hosing runs for the MDR500 was a mammoth task given the amount of movement required from the front arm and the workshop team were pivotal in the design and build of this, much of it being designed in the workshop at the rig.

As the heavy lifting on behalf of the mechanical team was nearing completion the design baton had already been passed over to the then products engineering electrical and control systems duo of Bernie Chia and Glen Verrall to make this rig come to life with all control of both the setup functions and the drill handled through either the touchscreen interface in the cab of the carrier or from the LMi electronic control panel. Verrall worked his magic to weave the additional MDR functions seamlessly into a modified version of the LMi software.

Throughout the project, the engineering team was in close contact with end users in the field, chiefly Matt Barnes, leader of the operational team, at the MMG Dugald River Mine in Queensland where the first two MDR500s were deployed. This collaboration occurred through every phase of the project starting with a site visit by the engineering project team to scope out the requirements of the rig with Barnes and his team to ensure that the end result would be just what was required.

The team's involvement continued throughout with Barnes being an invaluable subject matter expert and also a key participant in the design reviews and risk assessments.

The project was closed out with an engineering site visit in early January 2018 and then again in March coinciding with the operational deployment of each of the MDR500s to Dugald River. The primary purpose of those visits was to train the operators on the features of the new rig and to be on hand to fix any issues immediately should they arise. Luckily, there were no significant issues and Barnes was able to use the trips as a valuable source of driller feedback for further LMi software development. 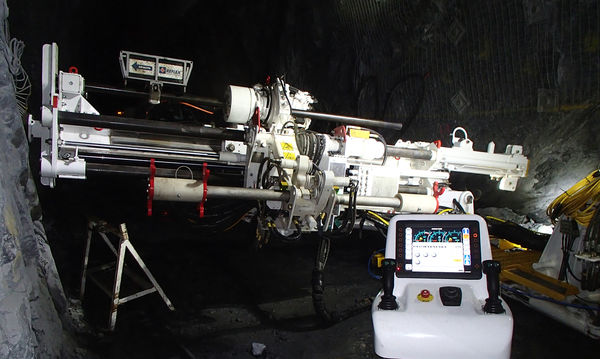 The first MDR500 arrived on site and after going through its routine site clearance inspections, basically, went straight to work drilling its first hole without issue. This was in no small part due to the significant contributions from the operations team throughout the project and the quick adoption of the new rig by the drillers.

The drillers at Dugald River were quick to pick up the MDR500's new LMi control system and their level of acceptance of the interface has been very pleasing. The team were also quickly outperforming their metre rate achieved with the previous MDR150s and are now averaging an impressive two additional metres per hour.

A third MDR500 is nearing completion in the Adelaide workshop and when complete, will be used as a carrot for attracting new work with several potential sites currently being discussed. If the market demand remains strong the intention is to steadily convert the ageing fleet of eight remaining MDR150s into MDR500s over the next few years with the possibility of sourcing additional carriers to make even more if required.

The MDR500 has and is continuing to be a success in the field and a key point of interest for the Asia Pacific Drilling Services team when negotiating underground drilling contracts. The success of the project was obviously the result of a lot of hard work, but also the excellent teamwork and collaborative effort exhibited by the various Boart Longyear functional groups involved, with many people playing an important part in the project.

Andrew Salisbury is a senior engineer with Boart Longyear in Australia in a control systems integration management role. He was the project manager on the MDR500 design and one of two mechanical designers on the project

How to deal with mine acid water

How to deal with the removal of soluble iron, sulphates and pH adjustment for mine acid water An introduction to borehole magnetic resonance