Automated underground drilling, reduced carbon emissions, and improved exploitation of geothermal energy – Signe Hansen takes a look at some of the current developments and focus areas within the Scandinavian drilling sector. 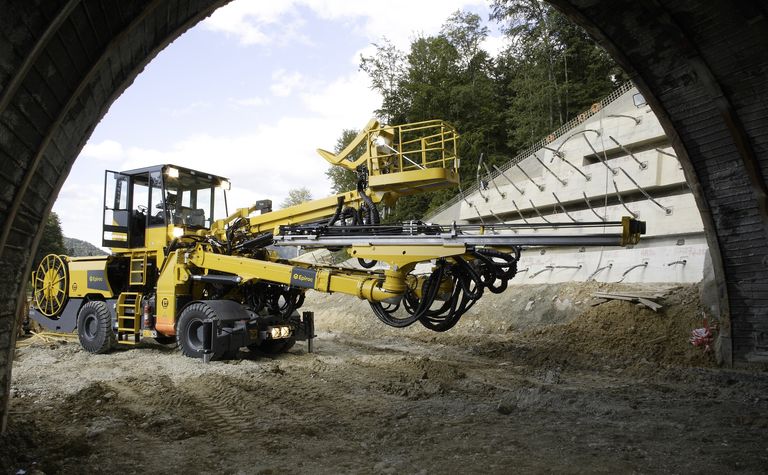 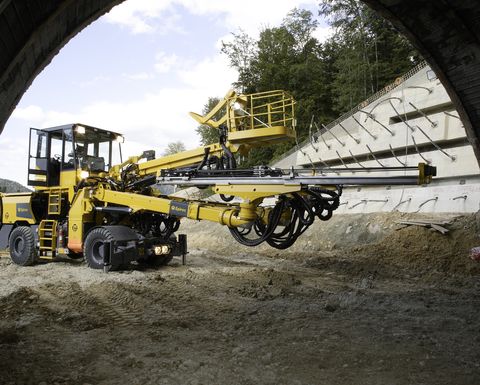 The Scandinavian countries are well known for their focus on sustainable energy, work environments and technological development, a focus that is reflected within the drilling sector, too.

Sweden's Epiroc has responded to the demand for safer and cleaner work conditions underground with a number of battery-driven rigs and vehicles. "Battery driven equipment is a big trend within the industry, and our customers are looking for different ways to improve the air quality underground," says Ann-Sofie Andersson of Epiroc's Underground Rock Excavation division. "Epiroc has a full range of battery-powered face and production drill rigs, loaders and trucks, meaning that a big portion of the activities in the tunnelling cycle can be performed with electrically powered equipment."

Meanwhile, the Scandinavian drilling sector is not just innovating to reduce the carbon footprint of the drill site and equipment, but also to facilitate the wider exploitation of carbon-efficient energy and heating solutions, in particular geothermal. To this end, the Norwegian research organisation SINTEF is working with several partners within the drilling industry.

Depending on the formation's geothermal gradient, geothermal energy can be used for direct-use to heat buildings, for district heating, or for electricity generation. However, the high cost of drilling deep wells, still, constitutes a prevalent deterrent to the exploitation of deep geothermal energy, in particular when drilling in the hard geological formations common in the Nordic countries.

Broadly speaking, reduction in drilling costs can be pursued by incremental innovation of existing technologies from the oil & gas sectors or by developing novel drilling concepts and solutions. Due to the country's high experience in oil & gas, there is a great potential for Norwegian industrial stakeholders to develop geothermal energy production technology and services, says Alexandre Kane senior research scientist at SINTEF industry, one of Europe's largest independent research organisations. "But, developing the best possible tools with the optimum drilling parameters for a given geothermal field will require several design iterations. Such iterations will be hard and expensive to perform solely based on full-scale experience. Proper laboratory tests, predictive modelling tools together with controlled field tests are essential for the optimal design and use of new drilling tools and materials."

To this aim, in recent years, several research projects addressing the need for more cost-effective innovative solutions in deep geothermal drilling have been funded by the ENERGIX programme of the Research Council of Norway. "The innovative needs cover the material, design and control for technologies such as hammer drilling that have already demonstrated great penetration rates for the Nordic hard rock formation," explains Kane. "Here, the development of high-impact, wear-resistant drill bit insert material for deep percussive drilling (in presence of very abrasive rock) is crucial to minimise the time lost induced by tripping out to replace the damaged drill bit."

One of the projects funded by the ENERGIX programme is the on-going research project Novock. Through the project SINTEF and NTNU (Norwegian University of Science and Technology) are exploring how electrical/mechanical loading can be combined to efficiently break any hard rock. "In more long-term, the potential of new hybrid solutions combining mechanical and non-mechanical drilling are also widely recognised as a promising direction for innovation," says Kane.

In the Scandinavian underground drilling sector, Epiroc and its partners have been working to improve the work conditions, safety and speed of underground face drilling in major tunnel projects in Sweden and Norway. One of the focus areas is battery-powered face and production drill rigs, which can, together with Eprioc's Serpent ventilation systems, improve the underground air quality. This is especially important as one of the great challenges in Scandinavian underground drilling is, says Andersson, finding qualified workers. "A big challenge within the industry is to find people that would like to work underground and are skilled enough. Today, people are more hesitant to work underground and prefer jobs in overground environments."

Meanwhile, it is not just cleaner machines that facilitate better work environments underground, but also higher levels of automation and digitalisation, and thus many customers in Scandinavia are pushing for smarter machines. "Automation has different meanings for different customers but all customers have one thing they want in common and that is to reduce the manual steps in the process and reduce the manual interference of the drilling cycle," says Andersson. "When Epiroc [then Atlas Copco] launched its first generation of digital RCS [Rig Control System] we paved the road for all our future automation developments. This has been a successful base which already from the start included digital drill plans and one/multi-hole automation capabilities for the drill rigs."

One of the Scandinavian companies to have used and helped expand Epiroc's automation and digitalisation technologies is Veidekke Entrepreneur. During the Norwegian company's work on the infrastructure development project Bypakke Bodø (a large infrastructure project in northern Norway with 2.8km of double tunnel and 500 000m3 of rock excavated) the company participated in Epiroc's development of its Dynamic Tunnelling package (DTP). The DTP is a function which increases the precision on the drill plans as it is based on the planned contour in front of the drill rig and not on an expected theoretical position. Andersson explains: "Veidekke has already used digital drill plans for many years but with DTP they got the benefit of getting rid of predefined drill patterns from an office environment by letting the drill rig generate its own drill plans directly on the screen underground."

The ongoing St1 Deep Heat project, in southern Finland, aims to build the first 40MW EGS heat plant in Scandinavia. The two production wells were drilled last year, one of them up to 6,400m, with more than halfway down performed using a DTH air percussive drilling system in hard crystalline rock. The project demonstrated that the penetration rate of 20m/h could be reached even in very deep hard rock drilling. "Together with the continuous development of more resistant drill bit materials, this case shows the great potential of this technology to allow cost-effective deep geothermal harvesting in Scandinavia," says Kane. "The Finnish district heating network offers a great possibility for use of deep geothermal energy if we are able to drill deep enough to meet the temperature requirements." 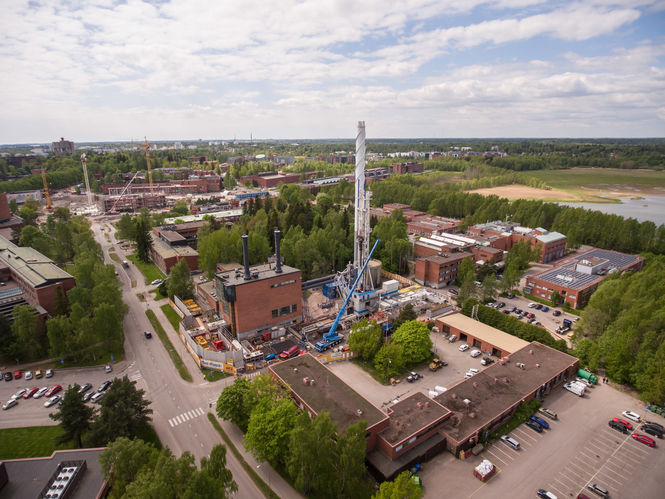 One of the companies using Epiroc's new technology to cut through the rocky underground of Sweden is Implenia Sverige AB, one of the main actors in the Bypass Stockholm project. The bypass is a huge infrastructure project of 21km of which 18km are tunnels so as to minimise the effect on the residential and natural areas the bypass runs through. One of the sections Implenia Sverige AB is involved in is the Lunda section where two 1.6km long parallel road tunnels and one working tunnel at 240m will be constructed; 465,000 m3 will be excavated. In urban projects like Bypass Stockholm, time regulation is very strict and injection grouting happens at night-time. Injection makes up for around 30 per cent of the total tunnel cycle time and the operators handling the face drilling during the day need to finalize their work at 10 pm.

To achieve this, Implenia Sverige AB bought six of Epiroc's boom face drilling rigs Boomer XE/WE3, of which three were equipped with the new hydraulic rock drill COP 4038. Implenia's experience with the COP4038 is that it helps them to drill faster ensuring that they keep the time schedule and that integrated solutions like Total Station Navigation and Dynamic Tunnelling Package help provide a good and safe work environment for operators. "The Boomer rigs are operated by one operator only, with the great experience and competence level Implenia's operator have, there is no need for additional assistance," says Daniel Zetterman, equipment manager, Implenia Sverige AB.