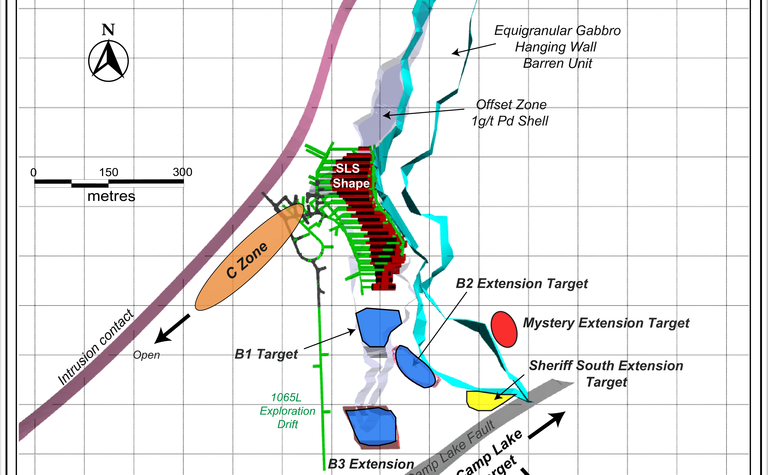 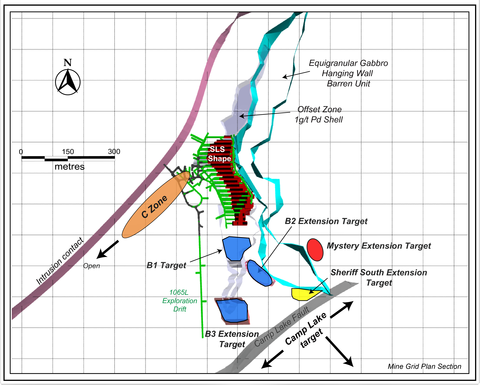 "The discovery of the C Zone is testimony to the effectiveness of our modelling of the critical structures that control the distribution of the known palladium resources at LDI," said Dr Dave Peck, North American Palladium's vice president, Exploration. "With our recently expanded target bank and a larger drilling budget, we are increasingly optimistic about the prospects for significant additions to our palladium mineral inventory at LDI," added Dr Peck.

The C Zone has become a major focus for underground exploration because of the encouraging drilling results, the modelled size of the target area and its location relative to existing infrastructure. The C Zone's close proximity to the existing Offset Zone mining areas means that it would be a low capital cost development opportunity if new resources are defined within it.

Recent underground drilling results have confirmed the presence of several discrete exploration targets adjacent to the known mineral reserves in the Offset Zone.

The C Zone is in the footwall of the Offset Zone in close proximity to the existing mine ramp and the sub-level shrinkage mining areas. Modelling of recent drilling and chip sampling results suggest that the C Zone has the potential for a large strike length (several hundred metres) as well as a significant vertical extent (in excess of 800m). For these reasons, it became a priority drill target over the last several months.

Recent exploration and definition drilling on the C Zone target has shown that it consists of two mineralized trends including a north-south trend parallel to the central Offset Zone and a southwest-striking trend that generally follows the western contact between the intrusion and the basement rocks and the southeastern domain of the Offset Zone. Palladium mineralisation in the C Zone is hosted within geological units that are compositionally distinctive from those that host the Offset Zone resources. Despite this difference, the C Zone palladium mineralisation shows similar precious and base metal grades to those observed in the main ore zones at LDI.

The additional funding will support the completion of approximately 25,000m of underground exploration drilling and 75,000m of resource definition drilling this year. Drilling will focus on delineating additional resources both east and west of the known Offset Zone reserves and beneath the current bottom of the shaft. 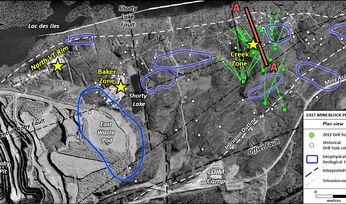 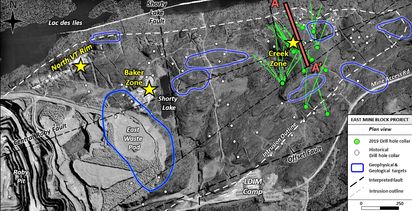