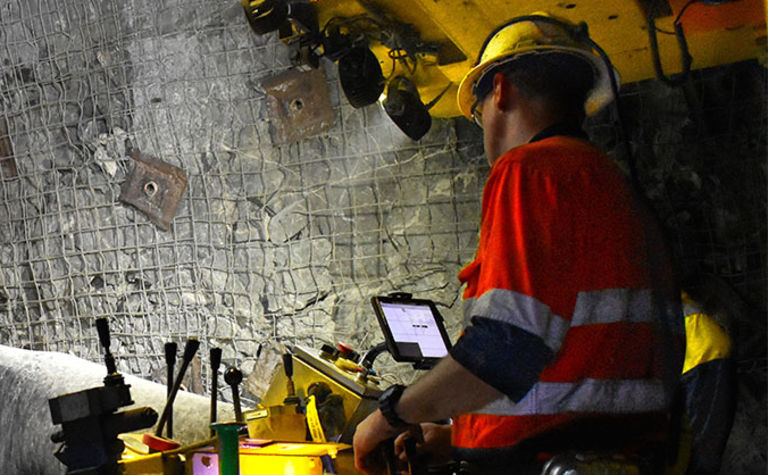 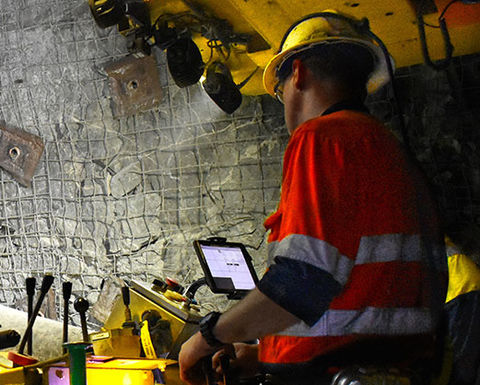 A project recently completed for an Australian gold miner is an example of how collaboration between technology providers can result in better outcomes for mining companies. Linking Maptek Vulcan design and modelling software with Minnovare's new Production Optimiser system for underground production drilling streamlines the connection between design and as-built for more accurate outcomes.

Ring design data, including images, can now be exported from Vulcan and easily uploaded directly to Minnovare CORE - the production optimiser software interface - through scripting provided by Maptek.

The Vulcan − Production Optimiser combination helps ensure that what is drilled is what was designed. It also reduces the need for re-work, as feedback on accuracy and compliance is available to both the rig operator and the technical engineering team using Vulcan.

Maptek has 40 years' experience in developing technology and systems that solve the daily challenges for global mining companies. This includes the scripting that bridged the gap between Vulcan and Production Optimiser.

Minnovare developed Production Optimiser, which was released in June 2018, in close collaboration with leading Australian gold miners, Gold Fields and Evolution Mining. Since its release, the new technology has been taken up rapidly within the industry, with leaders such as Northern Star Resources signing an official collaboration agreement with Minnovare last year.

Contrary to the prevailing industry perception that in-hole deviation was the primary contributor, analysis by Minnovare of in-hole survey data proves that circumstances prior to drilling account for up to 70 per cent of blasthole deviation.