The loneliness of the remote location driller

As mineral resources continue to decline mining companies are being forced to look at increasingly remote locations for new strikes. Paul Grad examines how these isolated locations in the Southern hemisphere are advancing drilling technology. Mining companies are increasingly working in remote areas - far away from any population centre - and drilling ever more deeply. All of which is having a great influence on the technologies and the economics of drilling and mining.

Remoteness means the ore bodies usually have to be of high grade and size for their mining to be economical.

Some of the challenges presented by drilling in remote areas include the difficulty in finding suitably qualified personnel, the need for reliable and efficient equipment, and the need to devote special attention to worker safety. Workers in remote locations often spend weeks away from their families and therefore communication with their families is a major issue, too.

According to recruitment agency Hays plc, mining skills in demand in Western Australia include: exploration geologists, underground engineers, drill and blast operators, auto electricians, and dump truck operators. Meanwhile, in Queensland the list features mining engineers, geotechnical engineers, geologists and surveyors, metallurgists, dump truck and drill operators, mechanical fitters, boilermakers and electricians. There is a similar skills shortage in the other states and the Northern Territory.

Peter Hall, the CEO of the Australian Drilling Industry Association (ADIA), says it is not only the exploration sector which feels the skills shortage and that it is affecting all other drilling sectors: "Overall the sector is responding in the only way it can, which is to train more and to promote less-experienced workers into more senior positions." The positions he refers to incorporate roles industry sectors such as drill and blast, oil and gas, geotechnical and water well drilling,

The Australian government used to award temporary visas to overseas drillers to help fill the skills shortage. Unfortunately, despite the ADIA's efforts to persuade the government to reintroduce the scheme, it has not done so.

In a recent interview with Australian mining equipment industry body, Austmine, Dave Shellhammer, CEO of Driconeq Group said, in the case of underground mining, the biggest challenge is high ambient temperatures. The deeper the ore body, the higher the costs of ventilation and cooling. The aim is, therefore, to keep as few miners underground as possible. Also, it is necessary to avoid diesel-powered equipment because it generates additional heat.

Therefore, apart from the need for higher productivity and reliability, miners are looking for remote-controlled equipment and clean-burning engine technologies.

Shellhammer also noted that remoteness creates the need for mass mining methods, such as block mining, where the mine infrastructure footprint needs to be completed before the ore production phase can begin.

Despite its remote location, Rio Tinto has expanded its Cape Lambert operation

He concluded: "The trend is to apply modern mine equipment technology, GPS and autonomous equipment operated from remote control rooms. An example is Rio Tinto's mining control centre in Perth, where they operate autonomous drilling equipment at remote mining locations, such as the Pilbara region of Western Australia."

Rio Tinto was the first company to achieve fully automated hole-pattern drilling without human intervention. Its Autonomous Drill System (ADS) enables an operator using a single console at a remote location to control four independent drill rigs simultaneously. The equipment at the company's iron ore mines in the Pilbara is operated from Perth, about 1,500km away.

Other mining and drilling contractors are also following the trend toward automation. Brendan Moran, an engineer with Wallis Drilling, said one of the company's priorities in developing automation is to remove people from high-risk work areas. It was also felt that over the longer-term Wallis Drilling and its clients would see efficiency and productivity gains.

Moran also said that as automation develops it can potentially allow access to the industry for workers with a different skillset and assist with the current skills shortage by supporting some of the drilling processes.

He then added that one of the problems with remote exploration sites is that the workers are away from technical support and therefore have to be fairly self-sufficient.

Previously, there has been a reluctance to introduce equipment with a higher degree of complexity, but the benefits offered are now difficult to ignore. Even so, equipment reliability is paramount. Again, Moran said, for the people on-site high-quality equipment, support and living conditions are very important.

An example of a successful remote-area drilling campaign can be seen with offshore oil drilling around the Falkland Islands, about 650km southeast of Argentina, in the South Atlantic. The project was made possible through teamwork and the continuity provided by using a drilling project management company and a single drilling contractor.

Initially, the remoteness of the site and the shortage of semisubmersibles with 1,000m water depth capacity discouraged an exploration drilling program. Later, major oil discoveries rekindled interest in drilling in the North Falkland Basin (NFB).

AGR Petroleum Services was contracted to provide project management services and set up an office at Port Stanley - the main population centre on the islands - and built a supply base near the harbour with storage facilities for casing, wellheads, mud, cement and other drilling consumables. An operations office was established with satellite communications with the rig and AGR's offices in Aberdeen, Scotland, to manage the operation.

For crew change and offshore support, an S61N helicopter was initially contracted. The rig crew would be working a 28/28-day shift cycle. To efficiently move personnel between the UK and the Falklands, a dedicated, fortnightly charter flight was set up and the helicopter was replaced with two Super Puma AS332L aircraft.

The contractors employed only a relatively small number of people, relying instead on the drilling project management company to provide the services normally associated with the in-house drilling, logistics, contracts, purchasing and well accounting departments of a major oil company.

As the operation was located in a remote area, attention to safety was critical. To ensure a consistent approach to operational safety, a safety management system was adopted that ensured continuity of responsibility.

Although it may have been possible to source some materials closer to the NFB, long-term rentals and bulk shipments from Europe were deemed to be cost-effective and more reliable.

According to the companies involved, the successful drilling campaign in the South Atlantic demonstrated the viability of conducting a remote operation without the necessity of setting up a large-scale local base or of locating large numbers of support personnel in the area.

Several drilling rigs have been developed by a number of companies especially for use in remote areas.

Epiroc AB has just released the latest version of its SmartROC D65 surface drill, which includes auto-feed fold, an interactive touch screen and 8m pipes, allowing users to spend less time changing rods and more time drilling. With the BenchREMOTE option, one person can control up to three D65 rigs simultaneously from up to 100m away, increasing operator productivity. Atlas Copco has released a multi-purpose drill rig for tunnelling and mining operations in remote regions. The new Boomer E1 C-DH is one of the largest diesel-hydraulics rigs on the market, with a reach of up to 95m2. It is specially designed for sites lacking in water and electrical infrastructure. It comes with dual onboard 450L water tanks and a six-cylinder 232hp diesel engine to drive the rig, its boom and the drill's hydraulic pumps. The Boomer includes a rig control system with the option of upgrading to a higher level of automation.

Boart Longyear is marketing its LF70 surface coring drill rig - a flyable rig with a depth capacity of 700m that can be assembled in less than an hour. The company said it is a lightweight exploration rig ideally suited for drilling in remote locations. It is of modular design consisting of seven sections that are heli-portable for reaching remote locations. Each of its seven components weighs less than 585kg. 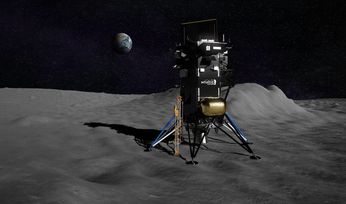 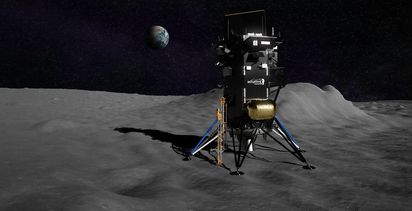