Swedish mining company LKAB is facing a mid-2020s deadline to plan the future of its Kiruna underground iron ore operation. Nia Kajastie finds out about the work on new production systems that would allow mining at greater depths. 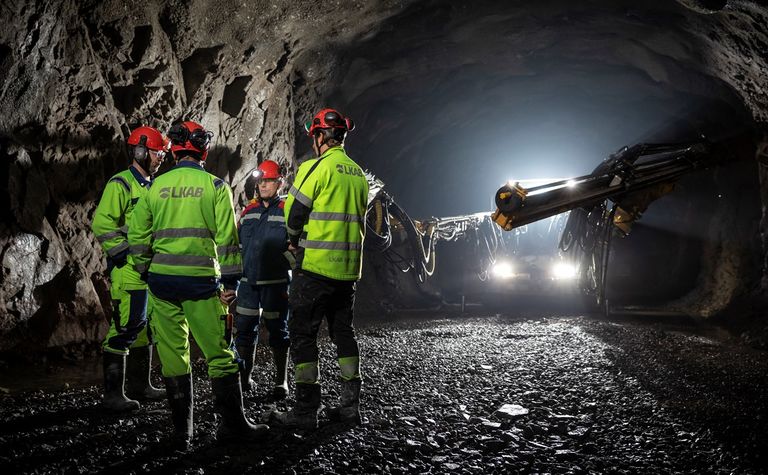 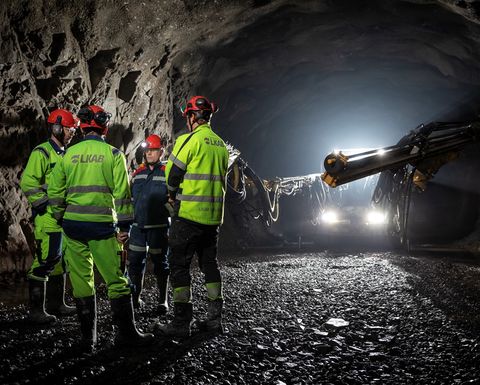 LKAB has established the Konsul test mine at Kiruna

State-owned LKAB has been mining in the same area in northern Sweden for more than 100 years. While Kiruna began as a surface operation, mining moved underground 60 years ago - and now, it needs to go even deeper.

The current level of the mine, at a depth of 1,365m, can sustain iron ore production until 2035-36. Nonetheless, the next few years will be crucial for LKAB, as it needs to make decisions on how to extend the mine life. This includes finding solutions to dealing with higher rock stresses, as well as the long distances for transport of ore, machinery and people.

"We need to build a new future," senior vice president for market and technology Markus Petäjäniemi says. "We need to consider a new type of production system for the future."

As part of this transition, the miner is also looking to move to fossil-free and, ultimately, carbon dioxide-free operations.

"This, of course, cannot happen overnight," Petäjäniemi notes. As such, the company has embarked on several different development projects, with the aim of making some dramatic changes to the traditional operating model.

"During the last decades, we have more or less copy-pasted the old technology; we have built capacity, but we haven't really changed the technology very much, even if we have a lot of automation and digitalisation already today, but we need to improve on this."

Sustainability sits at the core of all of its projects, whether linked to productivity, the environment or safety. Importantly, the work is also about the whole value chain, from mine to finished steel.

"This becomes pretty complex," Petäjäniemi says. "You have to divide this huge project into different parts. We have this Sustainable Underground Mining (SUM) project, and then this year we will start working with above-ground operations, especially the pelletising part.

"We are using two terawatt-hours of coal and oil [per year] in LKAB, and most of it is used in pelletising, where we are sintering the iron ore to pellets. We need to find another technology for that part." LKAB is also working on the HYBRIT initiative, together with Swedish steel company SSAB and the Swedish hydropower supplier Vattenfall, aiming to use fossil-free electricity and hydrogen in steel production.

"We are also in a pretty unique position in the north part of Sweden, because it's not that common - in the same region - to have magnetite iron ore, which has in-built energy compared to hematite, which is the most common iron ore around the world, for instance in Australia, Brazil and those big countries.

"So, we benefit from magnetite, because when you oxidise that in the pelletising plant, it's an exothermic process. If you use the technology in the right way, then we shouldn't use that much energy. But today's pelletising technology is not aimed at magnetite, it's done for hematite ores. So, that's why this is a key thing in this total scope in order to create a new production system for the future."

On the logistics side, LKAB is already using electrical locomotives at its operations - something it started work on 20 years ago.

SUM of its parts

Within the framework of the SUM initiative, LKAB is working on four different subprojects, which focus on mine design, autonomous CO2-free mobile equipment, management and integration systems, as well as the people working at the operations.

"Then on top of this we need to handle rock stability and reinforcement, and how we influence things on surface," Petäjäniemi says.

"As you know, we're moving the city around Kiruna mine, because the orebody goes below the existing town. One topic is if can we control and steer the rock mechanics in a different way compared to today, so we can possibly slow down the deformation on surface. It's also linked to the mining methods; you have to investigate."

As part of SUM, the miner is also collaborating with technology company ABB, mining equipment manufacturer Epiroc, technical consultant Combitech and truck maker Volvo Group. Whether individually or through ‘collaborative packages' the different parties are working on their areas of expertise within the scope of the project.

This type of cross-industry collaboration has not been the norm for companies working within mining.

"One challenging part, when we met the first time, one and a half years ago, was the different company cultures; for example, the word autonomous can mean different things in each company, so we need to work with the definitions, we need to be aligned when it comes to that, so we can understand each other," Petäjäniemi explains.

"We met this week in Stockholm. I'm chairing the steering group for this project, and all the representatives from each company are following up on how things are going and it's going better and better. But you have to have respect when five big companies meet.

"But I think we will see more of this kind of cooperation in future, because one of the key reasons why we wanted to do this in this way: we will develop things much faster. We don't have competence in every area; that's why you need partners. I think we will also see similar partnerships in other mining companies around the world."

So, first announced in mid-2018, how has the SUM project progressed?

"Last year was very much about planning and we have prepared the test mine," Petäjäniemi says. In fact, LKAB's Konsuln orebody at the Kiruna mine forms the test zone for SUM.

"One level of it is ready for both production and also physical testing with different equipment," he continues.

"The first thing we did last year was to try to drill really long, straight holes, which are more than 50m long. One part of the project that we can drill and control long drilling holes.

"Why is that important? It's about the fragmentation. When you blast, you need to control the flow from the mine. To get the right fragmentation for future, you need to steer your drilling equipment in a better way than today."

This year, LKAB and its partner companies will undertake the first tests with mobile equipment.

"We will start this summer with some tests above ground, and then we will go later this year and do it in the test mine."

As noted by Petäjäniemi, the key challenge when moving from the surface to an underground setting lies with communication.

"You cannot use GPS in the mine, which you can do above ground," he notes. "So, we are in parallel working also with our communications and positioning systems, so we can have a technology which is precise enough, because you cannot have huge tolerances down in the mine."

"We're looking into 5G and Wi-Fi. The fleet needs to communicate with each other. So, one of the first tests we want to do is with an autonomous front loader, loading a truck autonomously. When they are approaching each other, they shouldn't touch each other; this a tricky part technically to solve when you are below ground."

LKAB is expecting test data from SUM to be available by 2023, meaning the next two years will be critical for the project. 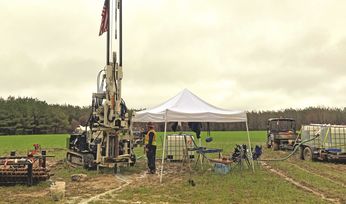