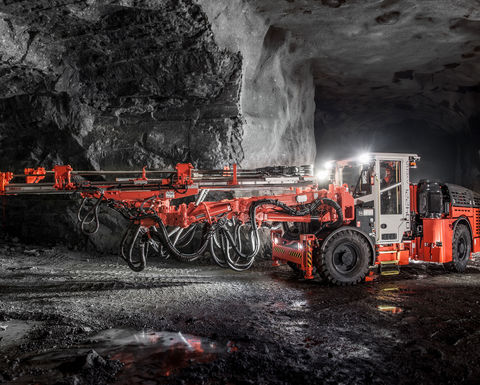 Byrnecut, OZ Minerals and Sandvik experts collaborated via phone, teleconference and email to complete remote commissioning of a Sandvik DD422i rig at a remote Australian mine site

Like most working environments, the Australian mining sector has been impacted by COVID-19 and the tough social-distancing regulations and travel restrictions for workers and consultants.

Despite these circumstances, Byrnecut Australia, a mechanised underground mining contractor, has made a notable achievement, becoming the first underground operator in the world to successfully use a new tele-remote package for Sandvik development drills. The feat was achieved at OZ Minerals' Prominent Hill site, a large copper-gold resource south-east of Coober Pedy, Australia. It first came on stream as an open cut mine in 2009, fully transitioning to an underground mine only in 2018. Due to its remote location, it is a fly-in-fly-out site.

However, the introduction in March of the Sandvik DD422i development drill created the need for a new way of working to be introduced as COVID-19 restrictions preventing Sandvik staff from attending the mine site. Due to travel restrictions Byrnecut, OZ Minerals and Sandvik experts collaborated via phone, teleconference and email to complete remote commissioning of the rig. The two-boom rig can now be monitored and controlled from the surface and features a sophisticated boom-collision-avoidance system.

"We're conservatively looking at a 10 per cent increase in productivity with this machine through being able to drill extra holes and the machine being used more consistently," he says. "It picks up on the deadtime, and if it does stop for any reason, we're able to remotely reset it."

Sandvik first moved to address the challenge of shift-change downtime in 2014 with the release of the DD422i development drill featuring a range of autonomous features that allowed it to operate a single boom across the shift change.

Noah Wilkinson, Byrnecut drillmaster, explains the features of the new technology upgrade package include a boom-collision-avoidance system, tele-remote operation from the surface, and semi-autonomous bit changing, and allow for even more efficient operation over the shift change.

"With the tele-remote feature, we can now supervise the machine remotely from the surface and we can operate both booms at the same time," he says. "With the collision avoidance system, there's also less risk of damaging the machine. What that means for us is we can almost bore the entire face out remotely, which we couldn't do before."

In the first few weeks of operation, the DD422i has been able to drill 60-70 holes while being operated autonomously and remotely from the surface.

The remote drill operator on the surface at Prominent Hill sits alongside operators using the Sandvik AutoMine system to coordinate the running of the autonomous loader fleet on site.

Wilkinson says the remote collaboration around the commissioning of the drill was remarkable. "People from the Sandvik factory in Finland were able to remote into the machine over the internet and adjust settings that were stopping some of the functions from working," says Wilkinson.

A handy feature of the set-up during the current period of social distancing has been the virtual network computing (VNC) capability that allows the control panel of the drill to be viewed remotely on a tablet. This means that during operator training, the instructor need not be in the cabin with the operator. 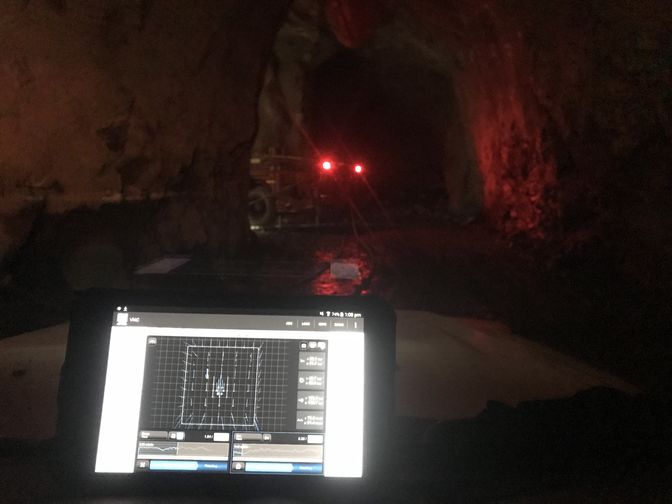 Pat Boniwell says Byrnecut's position of being the first miner in the world to use all the features of the DD422i's automation upgrade reflects its close working relationship with Sandvik.

"Over the past three years we have taken the relationship to a different level," he says. "We've opened up the lines of communication. Our experts in different disciplines are providing feedback to the Sandvik R&D team in Europe. We get more proactive feedback than before and they get greater insight on what the real issues on the ground are."

General manager of OZ Minerals' Prominent Hill operation, Gabrielle Iwanow, says when Byrnecut approached her about trialling the upgraded development drill, she was immediately interested. "OZ Minerals is a modern mining company," she says. "We're interested in innovation and looking for safer, faster, and more efficient ways of doing our work."

Iwanow says the commissioning of the drill in such trying times is a true credit to all those involved and shows the positive working relationship between OZ Minerals, Byrnecut and Sandvik.

He says feedback from Byrnecut is allowing Sandvik to further develop its equipment offering, including forthcoming improvements for remote access to the DD422i's operator settings.

Adapting to the new normal

Will remote working prove the answer to lifting the lockdown with regard to the drilling sector? 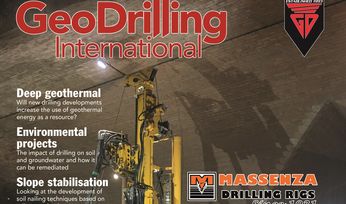 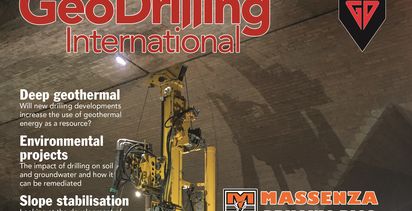 Keltbray saves 240t of carbon emissions by piling with EFC