Drilling and grouting contractor, Aarsleff Ground Engineering has been accepted on to the UK’s Coal Authority (CA) Framework. 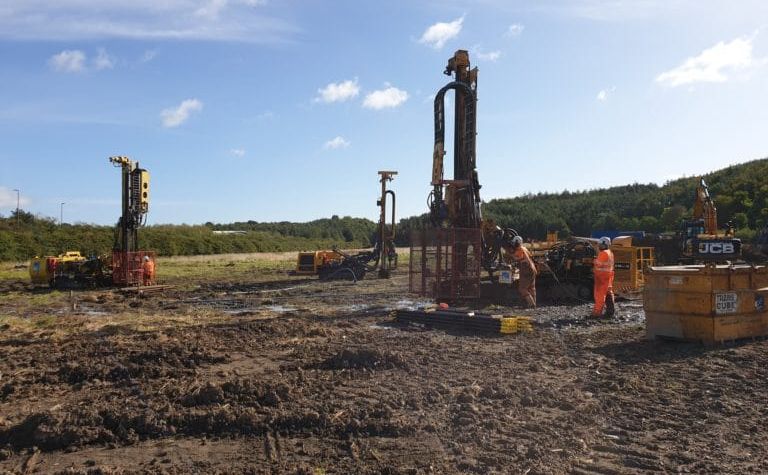 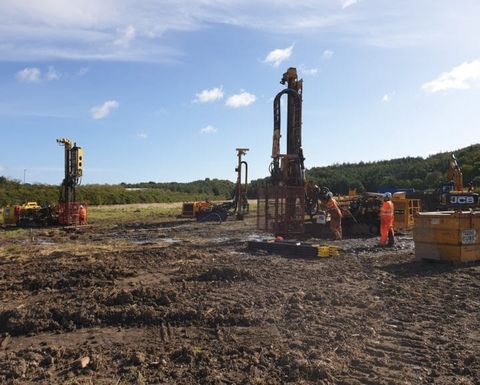 The four-year framework is split across five regions covering Scotland, Wales, North East, North West, Yorkshire, and the Humber. Part of a £7 million (US$8.6 million) framework, Aarsleff Ground Engineering can be called on for various CA works such as site investigation, probe drilling investigation, drilling and grouting of old workings, adits, shafts, and similar. This can either be planned or emergency works.

In September 2019, the Coal Authority commenced its search for specialist contractors to undertake ground and mine entry stabilisation work by drilling and grouting techniques within the coalfields of Great Britain. It launched two tenders. The first framework was for ground investigations associated with ground collapses and building damage attributable to recorded and unrecorded coal mining; construction of mine water treatment schemes; assessment of ground conditions on property owned or rented by the Coal Authority; and the assessment of spoil heap stability. The second tender was for ground and mine entry stabilisation by drilling and grouting techniques within coalfields.

The latter was further split into three lots:

Acceptance onto the framework

To be accepted onto the CA Framework, Aarsleff Ground Engineering had to evidence its procedures and accredited quality management systems, qualifications, and certifications for the roles required to deliver work following certain procedures and provide evidence of continual review and development. Aarsleff demonstrated how its organisation can work collaboratively with the Authority to deliver the sustainability objectives of both organisations.

Aarsleff recently reviewed its waste strategy across its factory and head office site and introduced a site-wide recycling initiative. Its procurement processes had also been reviewed by an independent consultant in several key areas where it had streamlined suppliers and the sourcing of products more sustainably.

Water is the single largest waste product from mine investigation and stabilisation projects and Aarsleff encourages recycling of waste drilling water through channelling and pumping either to settlement/weir tanks and/or water treatment plants, from where it can then be recycled and used again for drilling of further holes.

Presently, Aarsleff is investigating and developing techniques of collecting drill water returns as they issue from the hole, pumping them directly to settlement tanks for recycling. If Aarsleff can achieve this, it will help to improve working conditions for site personnel as well as reducing its environmental impact.

Furthermore, Aarsleff encourages the use of silos and bulk deliveries for cement for several reasons, including reducing manual handling and dust but also to reduce the number of paper sacks used in the manufacture and the amount of waste sent to landfill.

As part of its application, Aarsleff highlighted several case studies from recently completed mine stabilisation projects. These contracts included either investigation and/or stabilisation of mine workings, mine entries, and mineshafts, including the design of treatment strategies. All such projects were undertaken by its in-house site personnel who are familiar with this type of work, using in-house specialist plant and equipment, including open and restricted access drilling plant, bespoke grout batching, mixing, and pumping plant and equipment. This is further complemented by internal staff at all levels from site supervision to site-based engineers and managers, designers and health and safety personnel. All its sites are controlled by on-site supervision whose responsibilities include the day-to-day paperwork, ordering, and organising of site activities. This is supplemented by on-site engineering teams who deal with the more technical aspects of projects and in return report to a contracts manager.

Aarsleff Ground Engineering were also audited by the Coal Authority on a live project, receiving the highest score ever awarded to a contractor. Aarsleff's geotechnical contracts manager Jack Doran said: "The high score awarded today in the Coal Authority audit reflects well on the hard work and standards that everyone in Aarsleff has been setting. To be on the CA framework opens up the door to some of the most exciting projects in the geotechnical industry." 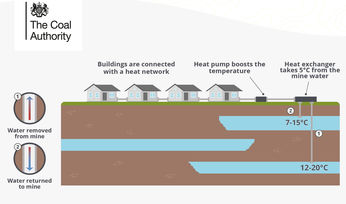 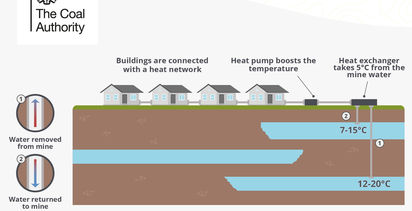