In the Democratic Republic of Congo Ivanhoe Mines is making rapid progress on the underground development of its ‘green’ Kakula copper mine. 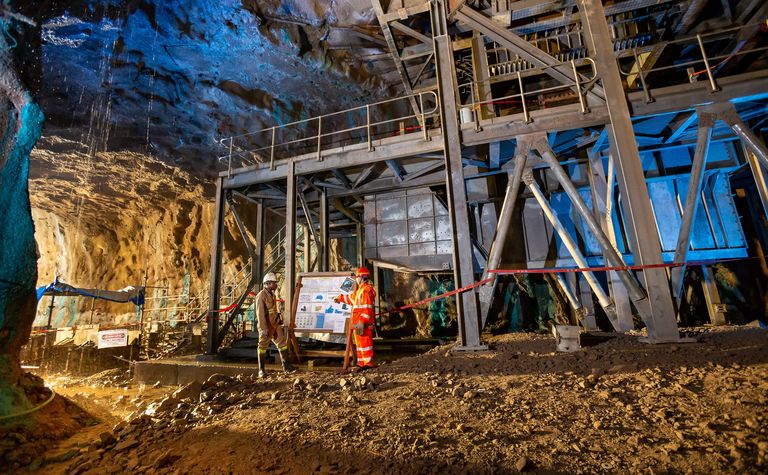 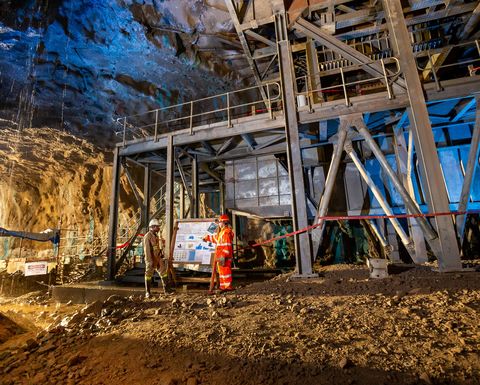 The underground development work at Kakula is being performed by mining crews operating large-capacity, semi-autonomous mining equipment, such as jumbo drilling rigs and 50t trucks.

Mine access drives 1 and 2 − interconnected, parallel tunnels being developed from Kakula's main northern declines that will provide access to Kakula's high-grade ore zones − continue to make excellent progress. The two south perimeter drives - being developed from Kakula southern decline - also are progressing ahead of schedule and have each been advanced more than 250m from the bottom of the decline.

The development ore is being transported to surface and stored on pre-production stockpiles, which are expected to grow to approximately 1.5 million tonnes of high-grade ore and an additional 700,000t of material grading approximately one to three per cent copper prior to the start of initial production in Q3 2021.

Based on the results of the February 2019 Kakula pre-feasibility study, Kakula's average feed grade over the first five years of operations is projected to be 6.8 per cent copper and 5.5 per cent copper on average over a 25-year mine life.

In parallel with the construction of Kamoa-Kakula's phase 1 Kakula Mine, work is progressing on the independent Kakula definitive feasibility study (DFS) and an updated integrated development plan for the entire Kamoa-Kakula mining complex, which is expected to be issued in mid-2020. The Kakula DFS will provide an increased level of accuracy for the project economics for the initial phase of mine development at Kakula. The integrated development plan will include details on the planned expansion phases for the greater Kamoa-Kakula mining complex, incorporating updates for mineral

Kakula's original three million-tonne-per-annum (Mtpa) first processing plant module has already been redesigned during the basic engineering phase to a nameplate capacity of 3.8Mtpa. Purchase orders have been placed for all major long-lead-time mechanical equipment, plant earthworks is complete, and plant civil works are advancing rapidly. The contract for the structural, mechanical, piping and platework (SMPP) supply and erection portion of the plant construction has been awarded and steel fabrication is underway. The capital cost estimate related to the construction of the mining infrastructure (underground and surface), processing plant and surface infrastructure has been estimated to a basic engineering level of accuracy and is being used as the control budget estimate for the project.

The current updated estimate of the project's initial capital costs is approximately US$1.3 billion as of January 1, 2019, which assumes commissioning of the first processing plant module in Q3 2021 and includes expanded plant capacity and pre-production ore stockpiles.

Other engineering and construction activities underway at Kamoa-Kakula include the refurbishment of six turbines at the Mwadingusha hydro-electric power plant and associated 220kV infrastructure to supply the mine with clean hydro-power, finishing construction of a permanent road between the mine site and the Kolwezi airport, construction of the first phase of accommodations for 1,000 employees and contractors, and other surface infrastructure.

More than 4,400 employees and contractors currently are helping to construct the new Kakula Mine, of which approximately 90 per cent are Congolese nationals. 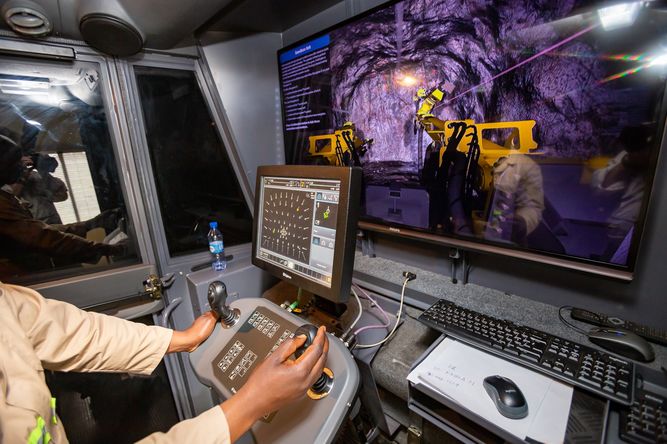 "We're not just investing in a new mine, roads, hydro-power plants, power lines and other important infrastructure, we're investing in good-paying jobs and new opportunities for people who live in the DRC. And with our focus on skills training and apprenticeships for young Congolese, we're helping build the DRC's next generation of skilled tradespeople," said Mark Farren, CEO, Kamoa Copper SA.

Together with its joint-venture partners, Ivanhoe is committed to building modern, safe, mechanised mines that will be showcases for responsible, ‘green' mine development.

"These vast Kamoa and Kakula discoveries are the type of world-scale mineral systems needed to supply the copper for the electrification of the global economy, to usher in the era of the electric car, and the electric everything, in order to reduce our planet's consumption of hydrocarbons," Ivanhoe's Friedland said.

"In a world deeply concerned with the unabated generation of global warming gases throughout the supply chain, many people of influence in the world's financial community are becoming aware of the undeniable fact that copper is the greenest of the green metals," Friedland added. "Given the challenges of global environmental priorities, and the trend of urbanisation that emerging economies throughout Africa share with many nations, copper is definitely the most important metal of our time."

Kamoa-Kakula is unique as it combines ultra-high copper grades in thick, shallow and relatively flat-lying deposits ─ allowing for large-scale, highly productive, mechanised underground mining operation. The ultra-high copper grades and underground mines mean that Kamoa-Kakula will have a small surface footprint and will use a fraction of the power, water and consumables ─ and produce far fewer tailings ─ than any comparable large, low-grade, open-pit porphyry copper mine currently in operation elsewhere in the world.

Ivanhoe also is committed to powering its mines with clean, sustainable hydro-electricity. Ongoing upgrading work at the Mwadingusha hydro-power plant in the DRC has significantly progressed with major equipment being delivered to site. The progressive re-commissioning of the turbines, fully refurbished and modernised with state-of-the-art control and instrumentation, is underway and is expected to be completed in Q3 2020. The refurbished plant is projected to deliver approximately 72MW of power to the national power grid.

The work at Mwadingusha is being conducted by engineering firm Stucky of Lausanne, Switzerland, under the direction of Ivanhoe Mines and Zijin Mining, in conjunction with the DRC's state-owned power company, La Société Nationale d'Electricité (SNEL).

"Hydropower, with its virtues of being clean and renewable, is the best energy solution to support our development priorities as we continue to look for ways to reduce our impact on the environment and produce the copper our world requires," added Friedland.

The entire Kamoa deposit was updated in the new mineral resource estimate. The majority of recent drilling, however, targeted the ultra-high-grade Bonanza Zone at Kamoa North, and an approximated north-south corridor of elevated copper grades in the far north of the mining licence area (the Far North Zone). 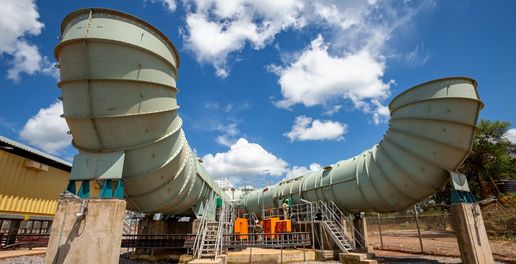 High-volume ducts deliver fresh air to Kakula's underground workings through the 5.5m diameter Vent Shaft ,1, allowing for an increase in the number of mine development crews

Given the shallow depth, remarkable thickness and massive copper sulphide mineralisation discovered within the Kamoa North Bonanza Zone, Kamoa-Kakula's engineers are evaluating potential options to accelerate the development of this new discovery.

Geotechnical and hydrogeological drilling to provide support for future mining studies has been completed and mine planning is underway. A number of metallurgical composites also have been generated for existing coarse reject material that will be used for flotation test work.

VolkerWessels UK businesses partner to complete job ahead of schedule 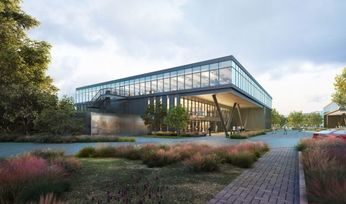 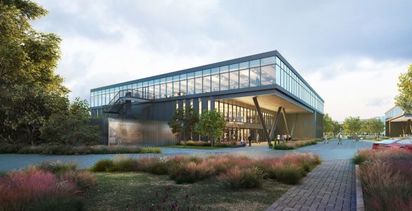 Cross River Rail breaks through ahead of schedule