Barkom - A history of R&D

Turkish drill rig manufacturer Barkom Group has made the move from domestic to international success through significant investment in product research and development as explained by Ceren Satirlar Balci, Executive Board member. 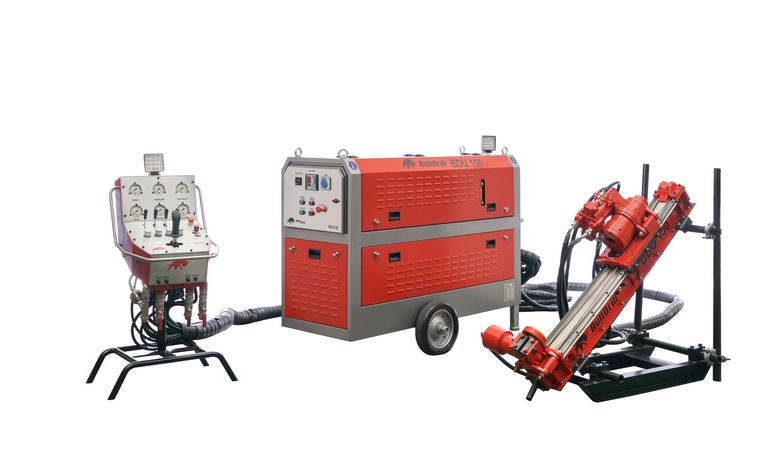 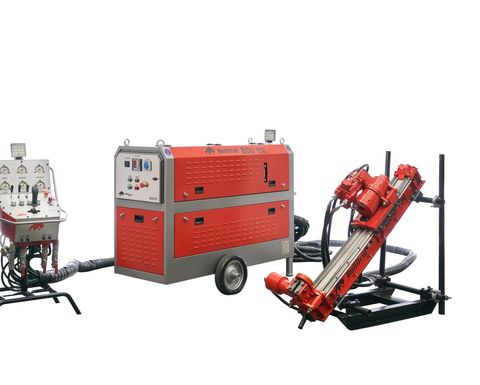 After being established in 1988, Barkom Group started activities in Ankara, Turkey, in 1992 with the vision of producing high-quality drilling auxiliary machines and equipment alongside providing uninterrupted technical support service as quickly as possible.

In 1998, Barkom increased its employee numbers and started to take its first steps toward foreign trade, and in 2005, it registered with the Central Anatolian Export­ers Union and proceeded to increase its export potential.

These moves took place in consideration of competition not only in the company's home Turkish market but also internationally.

To further set itself apart from its competitors, Barkom operates ISO 9001: 2008 quality control systems in accordance with auditing standards, which means production using the best raw materials available in the market and improvements continue to be made.

The company, which has been developing with continuous projects over the years has increased sales and profits every year; has continued its growth by directing its earnings into reinvestment with auto financing and moved to a new factory with a production area of 5,000m2 in 2012 as well as storage areas which are total 1,000m2.

In addi­tion to its head office in Ankara, Barkom covers the entire Turkish market with further offices in Izmir and Istanbul.

Barkom Group broke new ground in Ankara when it sold its first heat treatment drill rod pipe and had the chance to dominate a large sales network with its horizontal induction machine.

Upon successful completion of the support project of the Ankara Development Agency, it once again expanded its production volume by adding a special processing bench to the production line. In 2015 the manufacture of original design underground drilling rigs began in line with the demands of the compa­ny's customers. With the experience gained in the sector, special machin­ery and rig designs are made and produced for Barkom's customers by technical staff who are specialised in their field and on a production line that includes state-of-the-art turning and milling machines and equipment.

The product range from Barkom has been gathered under three main drill rig groups; underground, surface and ATEX certified drill rigs. These drill rig groups are customised and named according to their drilling capacities and different functions and continue production with many different models.

Within the scope of its experi­ence in the production of the drilling rigs, the current usage areas of the machines Barkom manufactures are the areas where galleries that do not have flammable and explosive proper­ties are extracted.

The production of under­ground drilling rigs in compliance with ATEX standards creates equipment that can be used in areas where flammable and explosive materials are extracted, such as coal mines. This is a particularly important issue for Barkom's international customers.

While its market share in the sector has increased, with various drill rigs being produced within the scope of ATEX proce­dures, as the first and only Turkish company among the few ATEX certified drill rig manufacturers in the world, it is planned to make Turkey and the company known in more countries.

Barkom Group is also a company that produces original products (OEM). As a result of years of experience and R&D studies with experienced engineers and in-line with the needs and demands of its customers, Barkom has started to produce its own brand BULLDRILL drilling rigs. The underground drilling rigs are designed and manufactured under the BULLDRILL registered trademark name by Barkom.

The Group aims for the latest technological advances and certification in accordance with instructions from the Turkish Standards Institute to produce the first and only underground drilling rigs manufactured in Turkey.

In 2016 a new market opened up for the BULLDRILL under­ground and surface drill rig range when product development turned towards meeting the needs of military logistics. The result was the production of multi-purpose, armoured, tracked Logistics Military Vehicles.

All of this development work paid off when at the beginning of December 2018 Barkom's R&D centre received certification from The Republic of Turkey Industry and Technology R&D Incentives General Directorate 5746 for its "research on support­ing the development and design operations". 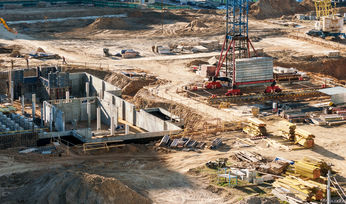 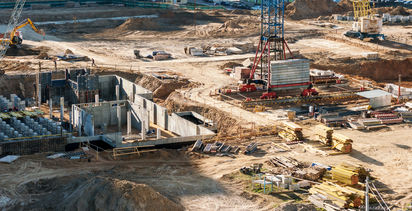