Ensuring continuous access to groundwater via multiple water sources and technologies supported by on-going monitoring and external support, will make drought-prone communities in east Africa better equipped to cope with climate change, according to the BGS. 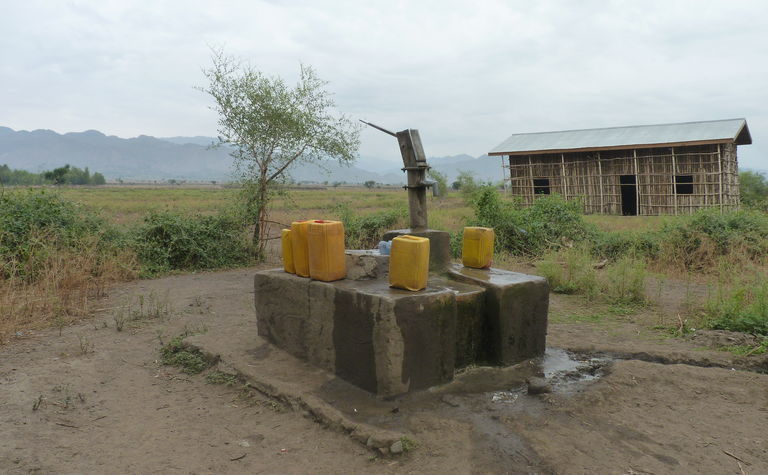 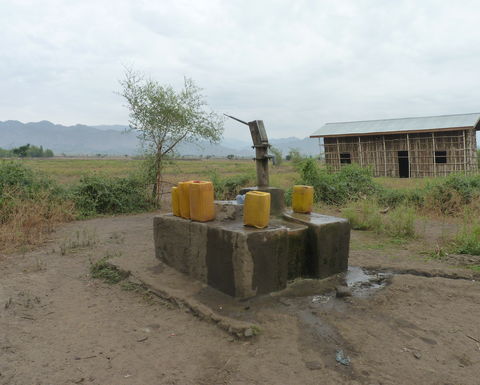 A comparison of several thousand rural water supplies during the 2015-16 drought in Ethiopia, led by the British Geological Survey (BGS), shows that communities are most resilient when they can access groundwater from multiple sources, using a range of technologies including both hand-pumped and motorised boreholes.

Evidence suggests that the drier lowland areas of Ethiopia face the biggest problems during drought, with springs, hand-dug-wells and open sources failing.

Increased demand is placed on motorised boreholes, in some cases requiring travel times of more than one hour to access less than 15L of water per person.

Investment in motorised boreholes and, importantly, hand-pumps is essential, the study suggests. However, technology is not an end in itself and investing in the skills required to operate and maintain rural water supplies is crucial for ensuring continuous access to safe and adequate water supply during drought.

"As rural African communities experience more frequent and extreme droughts it is increasingly important that water supplies are climate-resilient," says Dr Donald John MacAllister, a hydrogeologist for the British Geological Survey, who led the study published by Nature Communications.

"In the face of climate change, the resilience of rural water supplies in east Africa is best achieved by prioritising access to groundwater via multiple improved sources and a portfolio of technologies, supported by on-going monitoring and responsive and proactive operation and maintenance."

The 2015-16 drought in Ethiopia led to a large-scale humanitarian crisis with significant impacts on food and water security.

In collaboration with the United Nations Children's Fund (UNICEF), Addis Ababa University and the Overseas Development Institute, experts at the BGS examined the performance of a wide range of water source types, using a unique dataset of more than 5,000 individual water points collected by UNICEF in rural Ethiopia during the 2015-16 drought.

The study included many of the most common water source types and technologies used for rural water supply in East Africa including boreholes equipped with hand-pumps, motorised boreholes, protected springs and hand-dug-wells, as well as ‘open' sources such as untreated surface water and unprotected wells.

The results showed that the drought led to a large-scale decline in the performance of surface and shallow groundwater sources.

Dr Seifu Kebede, a former associate professor of hydrogeology for Addis Ababa University in Ethiopia, was involved in the study. Now a professor at the University of KwaZulu Natal in South Africa, he explains: "Springs, open sources and protected wells experienced large declines in functionality, undermining, in particular, the water security of many lowland households who rely on these source types.

"By comparison, motorised, and crucially hand-pumped, boreholes which access deeper groundwater, for example below 30m, performed best during the drought."

MacAllister adds: "Fundamentally, what this study highlights is that by spreading increased demand across a more diverse range of technologies and a higher number of functioning water sources that are adequately operated and maintained, overall service levels are higher. As a result, the vast majority of people can continue to access water using existing water sources during drought.

"What remains a major concern is a lack of access to appropriate skills and expertise, spare parts and, for motorised systems the fuel, that is required to keep rural water supplies functioning, factors that are particularly challenging to ensure when demand on water sources increases during drought." 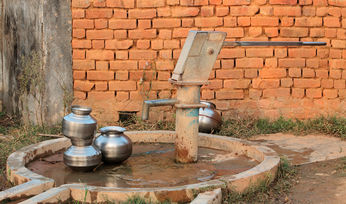 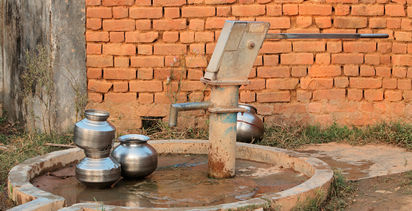 Keller back at industrial zone for PVD project