With large sums to be earned - or saved - by efficient management and treatment of soil and groundwater contamination, the world is seeing an increase in remediation technologies. Talking to leaders within the field, Signe Hansen looks at how far the industry has come 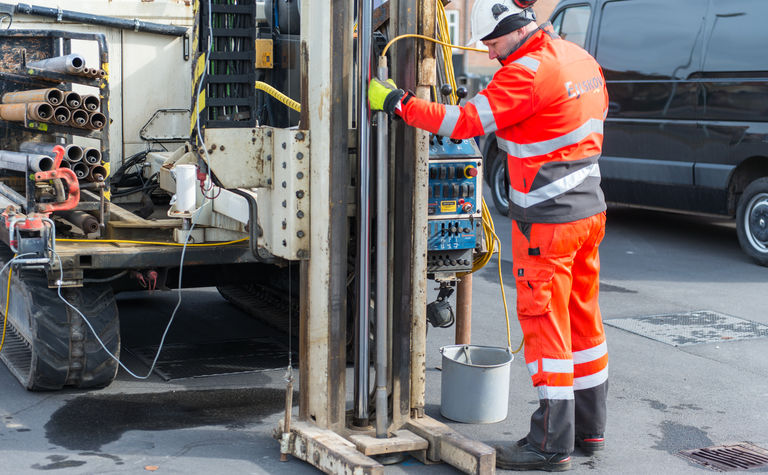 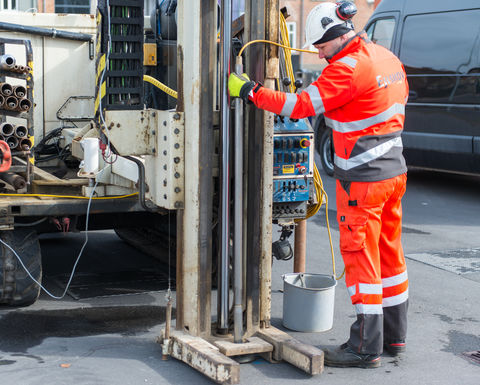 By heating the soil to 120C in-situ, Geoprobe’s Membrane Interface Probe brings VOCs to a gaseous phase and transporting the gases to the surface for analysis provides real-time data on the relative concentrations of volatile organic compounds

Legislative requirements, commercial interests, and the brand value of environmental responsibility may all necessitate or motivate site owners to eliminate or mitigate soil and groundwater contamination. And while corporations are becoming increasingly adept at preventing the incidents and structural defects that cause most contamination, the market for remediation is not decreasing.

The reason for this is partly due to the increased interest in - and financial gain from - transforming former industrial sites into habitable environments as well as increasingly stringent regulations in some jurisdictions.

Carsten Frederiksen, CCO, at Ejlskov, the sole supplier of Trap & Treat solutions in Europe and China, explains: "When it comes to injunctions, I don't think that we'll see more of them compared to earlier, actually incidents may even become fewer, as people become more aware of the costs of cleaning up contamination and oil companies become better at avoiding them.

"Clean-up projects motivated by free will, such as corporations wanting to sell or refurbish their site, on the other hand, is where the growing market is. At the moment, you cannot find a city in Europe where people are not building new flats, and that means that many corporations are motivated to sell sites for residential redevelopment. The result is an amazing amount of activities often requiring a tremendous deal of clean-up work."

As a response to the demand, the last decade has seen the emergence of a string of new, innovative methods utilising a wide range of different technologies. Still, with multiple factors such as the location, volume and type of the contamination as well as the risk to receptors, and, of course, cost in play, many site owners resort to what they consider the safest choice, namely conventional methods like pump and treat (P&T) or excavation.

The risks of underground contamination

Among the contaminants most often encountered in soil and water are organic chemicals such as petroleum hydrocarbons (such as the gasoline and diesel often leaked from underground storage tanks at petrol stations) and chlorinated hydrocarbons (such as perchloroethylene (PCE) widely used as a dry cleaning solvent). Both can form underground pools of light (petroleum hydrocarbons) or dense (chlorinated hydrocarbons) non-aqueous phase liquids (L/DNAPL), which may continue to release dissolved contaminants and provide a source for on-going and migrating groundwater, river or surface contamination. This means that these kinds of contaminations will possibly require continuous management or multiple treatments.

Ian Hers, principal, senior environmental engineer, Canada, at Golder, a global organisation providing consulting, designing and construction services within a range of fields including remediation, explains: "LNAPL and DNAPL may present a concern in several different ways including migration into water bodies and because chemical components within the NAPL phase are either soluble and/or volatile at concentrations of toxicological concern to human or ecological receptors. Consequently, LNAPL and DNAPL represent a class of contamination that requires assessment and often costly remediation at many sites."

At active sites, costs can, furthermore, be drastically increased by the need to shut down or even remove production or sale facilities to complete the remediation. But newer methods such as Trap & Treat, enhanced bioremediation, and natural source depletion and management offer the possibility of keeping a site active during remediation. 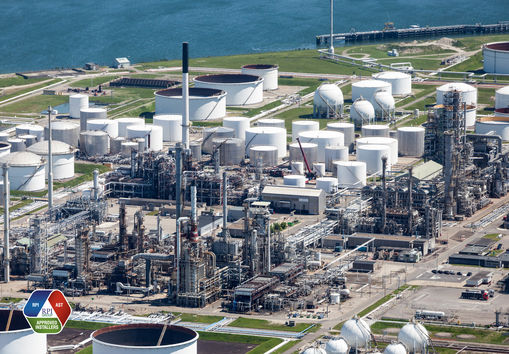 Creating elevated levels of harmful chemicals in surrounding soil and groundwater, a historic gasoline spill at Circle K's oil and gas terminal in Kalmar, Sweden, posed a growing risk of contaminating the neighbouring harbour basin. In order to contain and eliminate the risk, Ejlskov designed and installed a Trap & Treat BOS200 BioRemediation barrier preventing the contamination from flowing into the harbour basin. The pollution was immediately brought under control without interfering with the daily operation and six months after installation the regulatory requirements were met, and the risk from the pollution was removed

This is, stresses Frederiksen, an essential consideration when deciding which technology to use: "In general, there are two things to be considered - risk removal and liability removal. For a petrol station site owner wanting to continue activity, you will want to remove the risk as quickly as possible, and then you can take as much time as needed to take away the source of contamination.

"Risk removal will be something you can achieve in groundwater quickly by injection, but to clean up the soil will then demand that the contamination is gradually dissolved into the groundwater and degraded."

"A starting point is the development of a robust conceptual site model that integrates information on the subsurface geological and hydrogeological characteristics, LNAPL or DNAPL source and distribution, associated dissolved- and vapour-phase plumes, transport and exposure pathways and receptors. The potential for risk will often dictate whether initial measures to control migration (through, for example, hydraulic or vapour controls) are warranted," explains Hers.

"Our understanding of trade-offs between managing and remediating contamination has evolved over the past several decades. We have learned that LNAPL and DNAPL can often be managed through risk-based approaches. Chemicals in LNAPL sources are typically naturally depleted and the related dissolved plumes naturally attenuate primarily through biodegradation and other processes that reduce the risk profile. Chlorinated hydrocarbon DNAPLs are more recalcitrant and may not degrade significantly creating challenges for long-term management."

With DNAPL having provided a remedial challenge for site owners for decades, many technologies have evolved and since been dismissed as viable solutions.

In the 1990s, P&T gave way to air-phase remediation, including soil vapour extraction and air sparging, while the 2000s brought a greater focus on source zone remediation and technologies such as chemical oxidation, reduction, and thermal treatment. Finally, the 2010s saw greater emphasis on enhanced bioremediation and a rise of nature-based remedies such as phytoremediation and natural depletion.

The result of the evolvement may be considered to consist of two streams: one focused on nature-based remedies involving management, and the other on intensive remediation through biological or physical processes.

"While deployment of newer technologies has been more effective, site complexity with respect to fractured media and heterogeneous porous media continues to present significant challenges for site remediation," says Hers.

"In summary, and in addition to technical factors, there are three main factors that will influence the choice between management and remediation: risk to a receptor (human or ecological), risk to the value (cost of remediation towards redevelopment, perceived or real loss of value of a property, perception of issue by stakeholders) and regulatory compliance risk (requirements vary significantly from one country to another). The choice is often dictated by finding a delicate balance between these sometimes-conflicting factors."

Considering all the variable factors and various past and present technologies, it is perhaps not surprising that many site owners and consultants seem to get weary and opt for "the easy choice" of conventional methods of remediation. However, taking all factors into consideration may prove the application of one or more innovative technologies to be both the most cost-efficient and sustainable solution.

"Golder's end-to-end strategy for remediation is based on a decision framework where remedy selection is based on the NAPL concern or risk and remedial objectives and endpoints based on regulatory criteria and business drivers. Performance metrics and transition points are established to guide system optimisation and determine when it is appropriate to terminate active systems and transition to natural attenuation or passive remediation," explains Hers.

To assess the viability of different technologies, the company has developed methods for assessing natural attenuation (of LNAPL) through measurement proxies such as carbon dioxide surface flux, heat generation and soil gas profiles to estimate biodegradation rates, and the use of molecular biological tools as a line of evidence to confirm the viability of bioremediation.

Seeing beyond the upfront cost

Another emerging technology is the patented RPI Trap & Treat method offered through Ejlskov BioRemediation. The technology makes use of activated carbon (AC) to trap contaminants within the soil and groundwater after which additives impregnated in the carbon treat or degrade the contamination.

The products can be applied, also to treat NAPL, with a variety of techniques including direct push injection, soil mixing techniques, and trenching. However, before application, an extensive detailed 3D model of the contamination is created using Geoprobe's Membrane Interface Probe (MIP). The probe provides continuous real-time data on the relative concentrations of volatile organic compounds such as chlorinated solvents and petroleum hydrocarbons.

"Then you can create the first 3D model; that's the first step. For a small site, it may take a day, for larger sites a week or even two, but to get the full understanding, we also need to take soil core samples- that's when we get the real knowledge. We take samples every half meter. The last step is ground monitoring wells to establish the concentration in water." 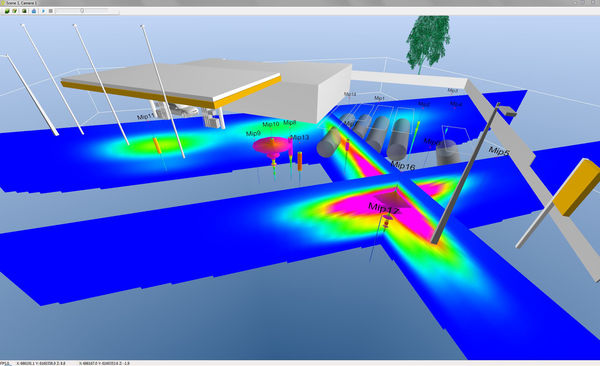 To complete the comprehensive 3D model which is not only essential to an accurate treatment plan but also to help visualise the plan to site owners, remediation groups will take up to 1000 soil core samples to establish the exact concentration of contamination throughout the area

Like with other innovative technologies, the high upfront cost involved in establishing and implementing the most efficient application of the product, is what makes many clients hesitant to use AC-based technologies. This despite the fact that according to the EPA (US Environmental Protection Agency), unlike conventional methods and other in situ injection treatments such as chemical oxidation, the technology reduces the risk for potential contaminant rebound and the need for second or third treatments. But while more than 100 projects have been completed with the technology in the US, European clients are still hesitant.

"It's quite interesting as you'll see a lot of testing in the environmental area here in Europe. There's a lot of that, and a lot of talking about what could be done and how things could be improved, but we are very much behind when it comes to implementation. With technology like this, we know what we are talking about; our results are common knowledge in the business, and our company even offer a result guarantee, but at the end of the day, while we have the tools ready to implement, the vast majority are still using old technologies," concludes Frederiksen. 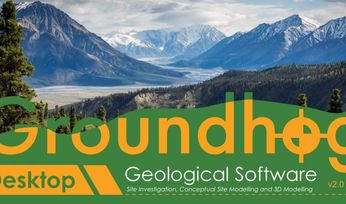 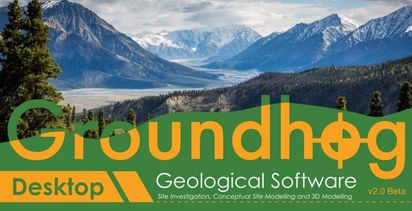