The story of how Scott Miller went from being an electrical engineer at Lockheed Martin to running his family’s drilling business by way of an IT company along the way and how that led to a working relationship with Drillmax. 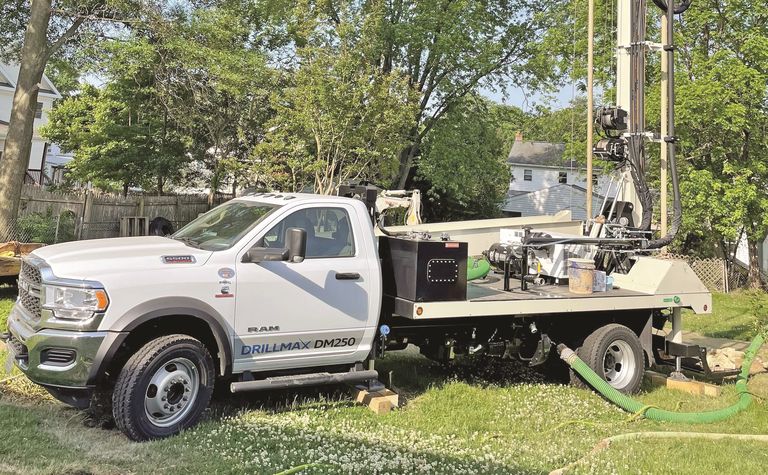 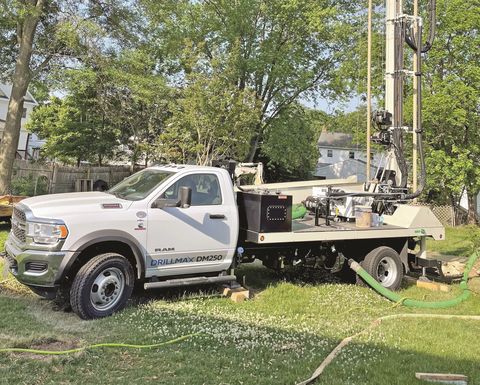 Spending summers working for his father's drilling business in Virginia, Scott Miller earned an electrical engineering degree and worked for Lockheed Martin in Alabama until his father's controller retired in 2000.

"My father asked if I knew anyone good he could trust to do the position," Miller says. "He never asked or expected me to take over the company. I loved my job at Lockheed, but I was travelling all the time."

Having already contemplated starting his own IT business, Miller moved back to Virginia, started his business, and for three years did his father's books on the side. However, he discovered it was no part-time job.

"I did his office work and ran my own business and knew I couldn't continue doing both. I liked working to keep employees happy and employed and knew I could be home in the evenings."

Miller made the decision to give up his IT company, hired a controller, and took over the three-department Northern Virginia Drilling. His brother runs their blast hole drilling department while Scott runs the water well and geothermal departments.

"I've drilled, installed pumps, done filtrations, and fused geothermal pipe in the ditch. If it's a large commercial job, I'm usually on site," Miller says. "All my drillers are smoother than me because they're doing it every day, but I'm usually pretty good about helping solve problems if they run into a snag."

The company focused on water well and blasthole drilling when it began in 1988, but around 2006 it got into geothermal. "This was a blessing when the housing market burst. From 2007-15 we did as much geothermal as anything else," says Miller.

From air drilling to mud rotary

The company has 15 drill rigs performing air drilling in rock formations. Increasingly they received requests requiring mud rotary. "We kept getting requests ­too many to continue to ignore," Miller says. "So, we started doing auxiliary mud pump, but it wasn't efficient. We needed something affordable with more mud rotary ability. We asked around and most steered us toward Drillmax."

"We looked at other options, but they were more electric over hydraulic, which to me is just a lot more stuff to fail," explains Miller. "They were also more expensive but not more capable."

While Northern Virginia Drilling bought the DM250 for its mud rotary abilities, Miller has found it to be very capable of completing air rotary with an auxiliary air compressor to run the downhole hammer. 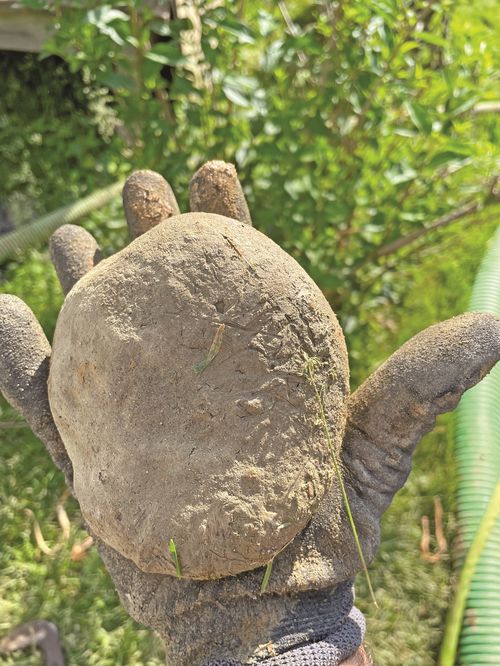 "They didn't tell us its limitations, so we've been putting it to the test," Miller says. "We thought we'd only be running it 70 per cent of the time, but it has stayed busy every day."

From mud to air rotary

Northern Virginia Drilling has installed two, 500ft rock wells — one 6in and another 4inh. The 6in well required surface casing, so Miller's crew did 10in mud rotary to 200ft and set the 6in steel casing.

"We just decided to see what the DM250 could do, so pulled in an auxiliary air compressor and used a 6in hammer to complete the 6in well pulling 12 gallons/minute," says Miller.

Northern Virginia Drilling went into the 4in well job planning purely mud rotary. "We'd done the neighbour's well to 200ft using mud, but when we moved over, there was no water. So, we set 280ft of surface casing and used a 3in hammer to drill into the rock with a 4in bit.

The DM250 used by Northern Virginia Drilling may be small but it can efficiently complete 500ft wells. "We can go that deep with a single axle, non-CDL truck and pull 500ft of rod," says Miller. "It's small, but can run 20ft rods. There are other small rigs, but they only run 10ft tooling."

Accustomed to using 250 gallons of fuel per day with their large air rotary rigs, the fuel efficiency of the compact DM250 is a bonus.

"With mud rotary on the DM250, we're using 25 gallons/day. Our fuel bill is a lot less," Miller notes. "Plus, the compact, four-wheel drive is easier on and off muddy sites. With no CDL required, any of our employees can drive it."

According to Miller, universally-sourced parts make for simple service. "If you need a certain bearing or fitting you can get them locally. Plus, it's easy to work on with everything out in the open."

Having a fleet of foreign-made air rigs, Miller says he appreciates the DM250 being manufactured in Kansas.

"It's made in the USA so we're not paying a fortune on parts," says Miller. "You can always reach someone on the phone or via text."

For Miller, parts inventory and support are where other companies come up short. "We also like that Drillmax has Geoprobe as a parent company. We knew we'd have somebody to help keep inventory and provide support out in the field," he says. "They're established with support infrastructure. I don't care what kind of drill you have, it's going to have a breakdown so it's about how fast you can get back up and running." 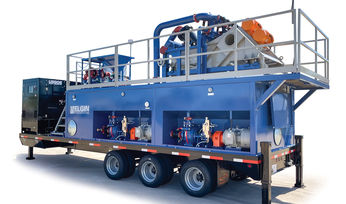 How to deal with drilling fluid on large diameter HDD projects