The rise of the off-grid city?

Writing on behalf of RWSN, Dr Adrian Healy reports on the findings of research undertaken in Lagos on the proliferation of domestic boreholes. 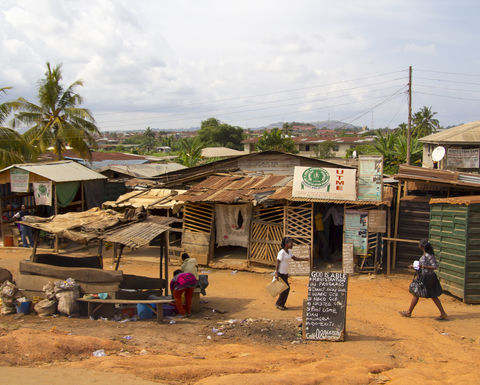 The conventional model of urban development focuses on centralised water service provision, where the state ensures a supply of water through storage and treatment plants and a grid of interconnected pipelines. Yet in many of our fastest growing cities, particularly in Africa and parts of Asia, this model is being turned on its head. Here, households and business users are increasingly turning to an 'off-grid' model, where they take responsibility for their own water supply. Nowhere is this truer than in the thriving megalopolis of Lagos in Nigeria, which serves as an example to practitioners around the world.

The public supply of water is estimated to reach no more than one in ten households living in Lagos State and, with a rapidly rising population, that proportion is changing every day. Despite its best efforts, the city authorities struggle to keep up with the pace of change, hampered further by an ageing infrastructure.

In the absence of a reliable and convenient supply of water, it is perhaps little wonder that those who are able to secure their own water supplies do so. The result is a proliferation of domestic boreholes, as households seek to tap the accessible groundwater reserves beneath their feet.

While the actual number of domestic boreholes is unknown the possible numbers are staggering. Lagos State Water Corporation suggests that there may be anything up to 200,000 such boreholes in the State. Separately, a 2017 survey of 539 households living in Lagos State found that 51 per cent reported owning their own borehole, with a further 36 per cent reported that they shared a private borehole with other families.

The rise in the numbers of domestic boreholes is typically explained as a failure of the government to supply water to households. The public network often does not reach new housing developments and, where it does reach, failures of supply are commonplace.

What is less often remarked on is the role played by a thriving drilling industry, fuelled by innovation and new entrants. Certainly, the development of new technologies, often imported from the oil industry or from abroad, has played a major role in driving the establishment of the borehole-drilling industry in Lagos.

As costs of entry have fallen, increasing numbers of new companies have started up, offering cheap construction methods which are affordable by more and more households. Together, these factors are driving the evolution of a city that relies on off-grid water infrastructures.

This rise of the off-grid city has, in many ways, enabled the continuous expansion of Lagos as a major economic centre. For those who can afford their own borehole, it has also delivered peace of mind as well as health and economic benefits, at least in the short-term.

Questions though are now being asked as to the longer-term implications of this, particularly by the more professional members of the drilling and groundwater community. They point to the rise of poorly constructed boreholes as prices and drilling standards fall. They worry that this may lead to widespread contamination of the groundwater, while also reporting falling water tables in many areas, leading to fears of over-abstraction and the potential for saline intrusion.

Understanding whether these worries are well-founded is hampered by the lack of any system for monitoring either the quality or the amount of water being abstracted from the aquifers. State Government proposals to require owners of domestic boreholes to register these have foundered on the fear that this will be a front for the taxing of private water supplies.

Our research indicates that the broader population is relaxed about the upward trend in boreholes, regarding the supply of groundwater as infinite (see Figure 1). However, attitudes towards the quality of that water are more mixed, with around half concerned for the future. Evidence as to whether these beliefs are well-placed is currently lacking and requires longer-term data collection, particularly in terms of the amount of groundwater available. Our research into levels of e-coli found in 40 groundwater sources demonstrates that residents' caution about quality is well-founded (see Figure 2). However, again, longer-term monitoring is required if we are to better understand the risks of contamination over time.

Figure 2 - With thanks to Dr Kirsty Upton and the British Geological Survey, who prepared the original version

In Lagos, as in many other cities, the rise of the off-grid city is due to a mix of social, economic, political and hydrogeological factors.

Attempts to overcome the water gap through public provision alone are struggling with the sheer scale of investment required and speed of change in population. The rise of private provision of water supplies has fuelled the growth of the city and, in turn, has been fuelled by a rising tide of prosperity. Yet there are real concerns that the sheer proliferation of boreholes and unregulated abstraction may be storing up problems for the future.

So, what are the answers? Certification and licensing approaches will certainly help, but only if there is both the will and means to enforce them. Improving knowledge and awareness through education and training, both of the wider public and amongst new contractors, will also help.

In the short-term, it may be that we need to find new mechanisms to monitor the health of our aquifers if we are not to encounter longer-term crises. Drilling contractors can be at the forefront of this exercise, helping to ensure the resilience and durability of the off-grid city.

Further information on the issues of domestic borehole development in Nigeria can be found online at: http://bit.ly/GDIRWSN.

Leeds is leading the charge for widescale heat pump deployment

Can ground source heating be the answer to one UK city's quest to be carbon neutral by 2030? 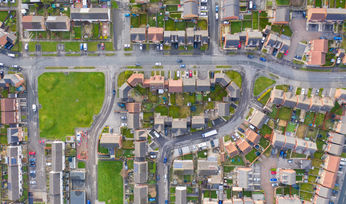 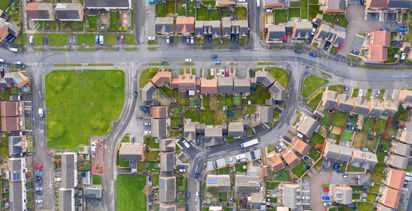