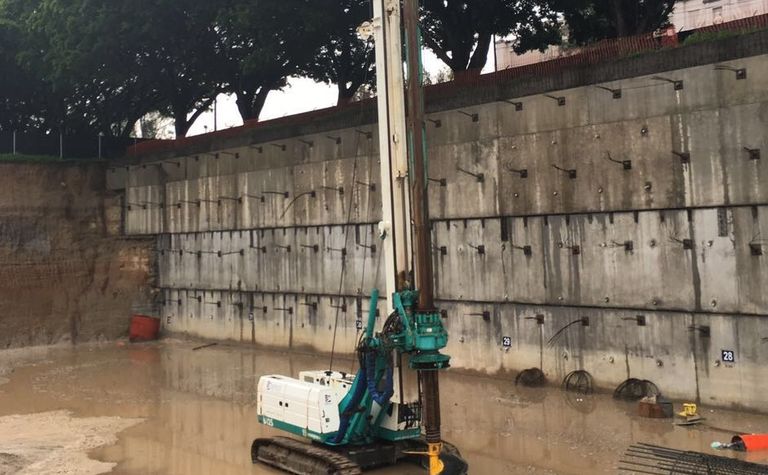 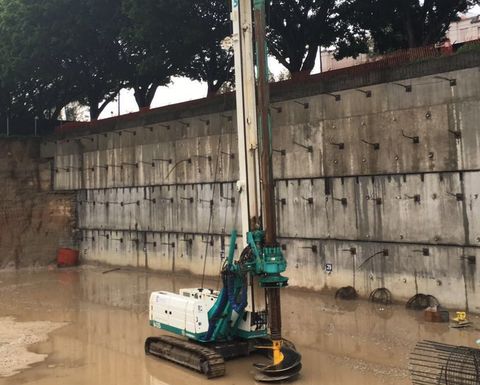 The continuing growth of cities around the world is creating a demand for new housing, commercial centres and recreational areas. Guadalajara, Mexico's second largest city, is no exception.

An example of this trend is the conversion of an industrial zone built in 1970, which will now become a megaproject featuring apartment and office blocks, a shopping centre and leisure areas. The project covers an area of 384,000m2, which will be developed over the next ten years.

The current phase that was recently started covers 95,000m2 and only accounts for the shopping centre, comprising four levels of underground parking, plus a multilevel superstructure.

Notably, when the industrial plant was built in this area, numerous trees were also planted there at the same time. Today, in addition to being 47 years old and extremely tall, the trees have an important role to play in the local environment. In accordance with new environmental standards, the developers chose to protect this valuable natural resource and incorporate the trees in their project, which is why they will be contained within 14.5m-high planters.

Previous engineering works on this project have included soil mechanics, geophysical, geohydrological, hydrological and environmental studies. These were carried out by Lainco, a civil geotechnical engineering company with more than 48 years' experience in the field.

With the results of the previous studies and the architectural project plan, it was decided that the problematic construction of basement walls would be completed by means of a system of descending concrete walls that were fastened to the ground with tensile anchors. In the case of the structure, it was cemented using 620 piles cast on-site post drilling. These vary from 12-20m in depth and 0.80-1.80m in diameter.

The first 12m of soil stratigraphy on this site comprises pumicite, a soil of volcanic origin, which apart from being light and low in density, is characterised by being very permeable. At greater depth, layers of low permeability sandy silt are alternated with layers of pumicite. Due to the fact that most of the studies were done during the dry season, the presence of aquifers was not detected, so no big problems were anticipated in the drilling works.

The preparation work that geotechnical construction company Derco performed for the drilling of anchors and foundation piles considered the effects of the rainy season on the soil, since it could leak water in considerable quantities; for that reason, it estimated a conservative rate of drilling.

The reality, however, was very different as the work started during the rainy season, and, unlike previous years, the rainfall lasted longer, was more intense and more frequent. This caused the water that had permeated the soil easily in previous years not to do so this time, as it was held up in several sandy silt lenses. This significantly hampered the drilling of the piles, which forced the contractor to use metal additives, bentonite and polymers. Due to this situation, the actual progress of drilling was half that expected.

The unusual climatic condition affected the work schedule and also significantly increased both the execution time and cost. When considering that contracts are mostly fixed price, this lack of foresight directly affects the utility in these types of contracts.

Even companies and experts who have experience with soils and drilling in a particular region should pay more attention to the impact that climate change can have, since it can directly affect execution times and the profitability of contractors.

Actions such as those taken by the designer to conserve the trees that were planted 47 years ago and to leave large spaces for planters to plant new trees will, among other things, help to counteract the harmful effects caused by climate change. 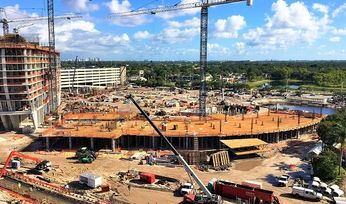 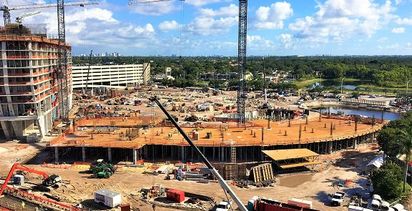