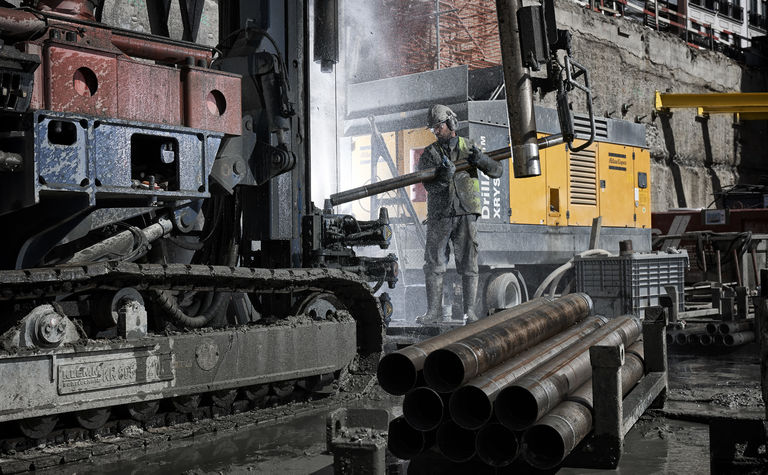 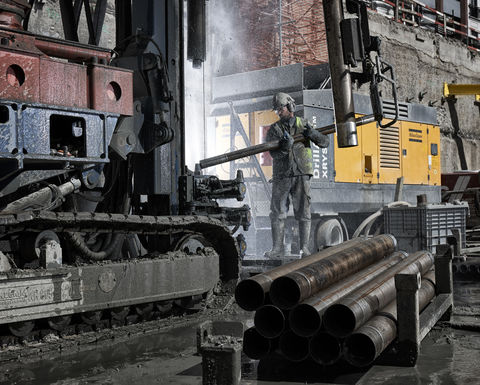 Atlas Copco has developed its first electric-driven 35bar air compressor for use on a deep geothermal drilling site in the Inner Mongolia region of China. The machine will be deployed as part of a project seeking to determine if geothermal energy represents a viable method of heating residential buildings in urban areas within the country, in line with the Chinese government's wider industrial strategy to adopt more sustainable and renewable forms of energy.

In recent years, China has begun to reduce the use of coal-fired boilers in an effort to tackle air pollution in urban areas. Coal-fired boilers are now being phased out in favour of heating systems powered by natural gas or electricity, as part of the National Energy Administration (NEA) of China's clean coal action plan 2015-2020. However, in certain cases, the cost of switching to natural gas has proven prohibitive. As a result, alternative methods have begun to be explored, including geothermal energy.

Atlas Copco was approached by a state-owned drilling contractor to support a test project due to take place in the coming months at a residential site in Inner Mongolia.

As the drilling will be conducted in an urban area, the project coordinator demanded the compressor being used should provide low noise levels and carbon emissions. This was to ensure local residents are not unduly affected. For this reason, the use of a diesel-driven compressor was ruled out at an early stage. Consequently, Atlas Copco recommended the use of an electric-driven machine and proceeded to adapt its XRYS 1050 35bar drilling compressor with an efficient, yet powerful, 315kW electric motor. The compressor is to be integrated into a drill rig and will be powered via connection to the local power station, which drives the main electricity grid.

As the contractor is seeking to conduct drilling at depths in excess of 800m, the use of a 35bar compressor represented the only viable option. Until recently, the accepted norm for operating pressure had settled at 25bar, which is perfectly acceptable for water-well drilling, where average wells are between 100-150m in depth and most jobs can be completed in a single day.

In a competitive market with rising labour costs, companies are seeking faster drilling techniques. Consequently, the use of 35bar compressors is emerging as a powerful solution. For geothermal drilling to a depth of 250m or more, a pressure level of 35bar is best suited to the task in terms of speed of completion. It enables more holes to be drilled per day and enhances operational efficiency; with drilling 500m in a single day made achievable.

The use of an electric-driven compressor also offers a number of advantages compared to a diesel-powered machine. For instance, electric units are inherently safe. There is no risk of injury from hot parts, such as an exhaust pipe or muffler, and in hazardous environments there is no need to transport combustible fuel around a job site. Furthermore, environmental issues, such as the outcome of ground contamination from diesel spillage, are avoided.

Additionally, because electric units do not feature any individual, removable engine parts, service intervals can be extended by a factor of four. Routine maintenance on the motor is a simple procedure and just requires changing the grease. Furthermore, when it comes to noise, a compressor driven by an electric motor can be up to five decibels quieter than a compressor with a diesel engine.

The above indicates why electric-driven compressors are beginning to gain traction in China due to improvements in power infrastructure, reduced noise and carbon emissions; and the fact they offer a lower initial purchase price and operational costs.

Additionally, it shows how awareness of using drilling techniques to unlock the potential of geothermal energy in residential heating applications is growing, and how the use of 35bar compressors is set to enhance operational efficiency in this area. 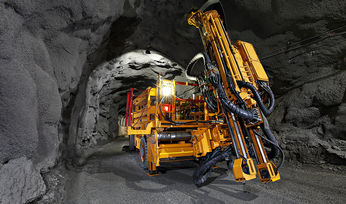 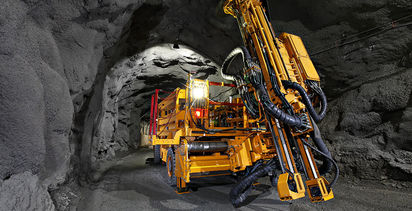