To say that 2017 has been a wild ride would be an understatement. The US and our surrounding neighbours have been pummelled by natural disaster after disaster this year. This past spring there was double the number of tornadoes compared to the last ten-year average.  Hail storms crushed Dallas and Denver, leaving behind billions of dollars in damage.  The western wildfire season gets longer and hotter every year. Last week my wife and I drove over to Idaho to visit family and what we witnessed in the Columbia River Gorge was horrible. A historic scenic area completely burned out in places. Luckily the rains came to put the fires out, but when we returned home four days later we saw the dirt, trees and boulders that had washed down the hillsides with the water, again covering the highway.

In addition, 2017 has become the worst hurricane season on record, with the possibility of pushing rebuilding costs over US$500 billion. In one month four major hurricanes hit or touched the US. Harvey was the first to hit in Houston, leaving behind 1.6m of rainwater and 83 people dead. Then two weeks later Irma rammed into the Florida Keys with 295km/hr winds, the hardest since 1935, causing another 102 deaths. Maria and Jose were close behind with Maria battering the island of Puerto Rico.

The term "unusual atmospheric conditions" popped up when I was doing research, but whatever you want to call it, weather is changing now, in our lifetime. However, some of the damage inflicted by these weather events could have been prevented.

Take for example the flooding caused by Hurricane Harvey in Houston. Flooding is nothing new in the area; just this past April it caused $5 billion worth of damage in Houston. The city sits in a low-lying coastal floodplain, which would naturally help absorb rain and storm surge. Of course nothing is going to absorb 1.6m of water, but the urban sprawl that is Houston has also created a concrete jungle over a floodplain. This has happened over time; as Houston has become famous as the city with no real zoning, anything goes. If you own the land, build whatever you want, however you want. And literally to top off all of this non-zoning, there are two dams that were built in the 1930s that had to release water before they breached, causing even more flooding in the poorer areas of Houston. How did all of these houses and businesses get built in the flood path of two dams?  No planning or zoning.

Only ten days before the hurricane hit the city, the current US administration rescinded a rule that was set to go into effect and would have made federally funded infrastructure less vulnerable to flooding. The rule stated that after a disaster the federal government would have to consider future flooding and sea-level rise caused by climate change when rebuilding. Now it is feared that most of the aid sent to Houston and other areas will be wasted by rebuilding at the same level over the same floodplain.

One way or another the clean-up and rebuilding processes will need to begin after these and future disasters. The US government estimates that it gets $4 in return for every dollar spent in emergency preparedness. Historically the US government spends heavily after natural disasters, and contractors are kept busy.

After hurricane Katrina in 2005, the government awarded contracts to reinforce the levee system around New Orleans, installing enough steel to build 28 Eiffel towers. The levee work went on for six years and smaller projects continue up to this day, and still New Orleans is not the city it was before Katrina.

It might sound morbid, but we in the foundation drilling business are guaranteed work as a direct result of natural disasters. I don't think that anyone believes that hurricanes will ever stop forming over the warm Atlantic or that the winds will stop blowing over Kansas. I do believe that people involved in infrastructure will have more and more work as climatic events get stronger and the seasons get longer. I have never liked getting work at the cost of someone else's misery, but this is the reality today.

Hopefully the current rebuilding efforts in the US will result in rule changes, but that could be like wishing for the weather to change.

Joe Patterson has 25 years of experience in the foundation and mining industries, mostly in North America. He has been heavily involved in drill trade organisations, working to promote innovative ideas and quality work in all aspects of drilling. Now, recently retired Patterson will be able to devote more time to studying, observing and reporting on the drilling industry. 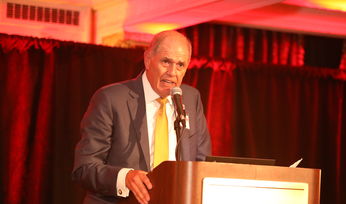 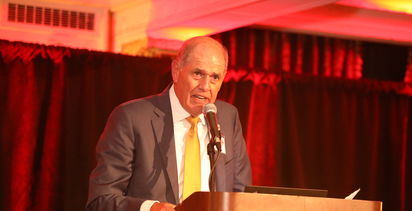