Getting to the core of new discoveries

Private industry and academia partner in search for rare-earth elements 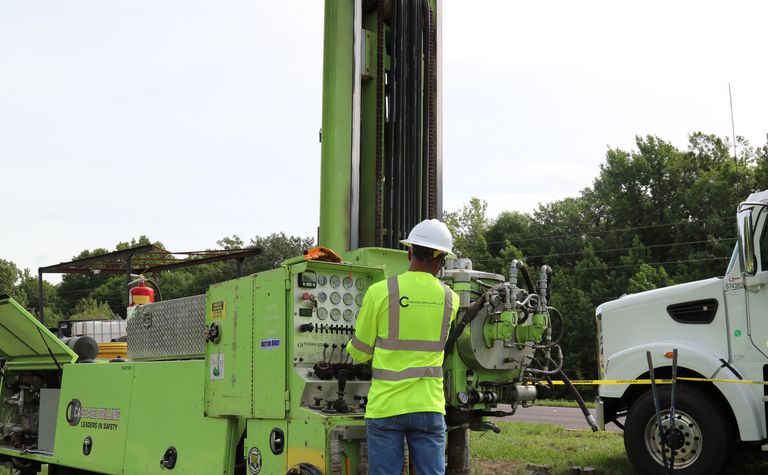 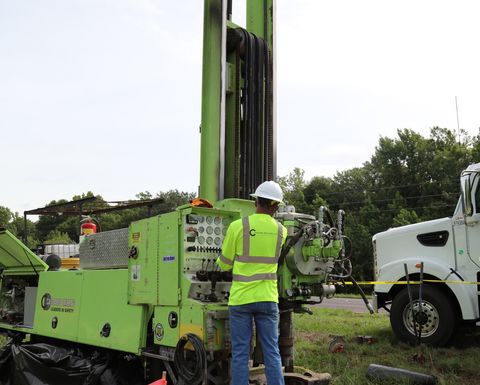 Sonic drilling is reaching new depths as it increasingly integrates with the world of science. Florida State University graduate student Kyle Turner had a hunch there was more to phosphate deposits in central Florida than traditional drilling and sampling could reveal.  So, he turned to Cascade Drilling in hopes of unveiling a detailed look at subsurface geology through core samples. The results could provide an untapped resource of rare-earth elements (REEs) and a solution to global demand.

REEs are a critical industrial resource used in the commercial production of electronics, defense technologies and green energy systems. Increased manufacturing is driving global demand and scientists are searching for new methods to recover these elements in a more sustainable manner.  Turner believes the answer lies buried in phosphate deposits in central Florida's Bone Valley, a region that accounts for 85% of the approximate 30 million US tons (27 million tonnes) of US phosphate production. He is currently in the process of sampling and analysing core samples from the area to better understand how REEs are distributed across the southern extent of the central Florida phosphate district.

Field experts with Cascade Drilling recommended the use of sonic drilling technology given the challenging lithology. Unlike conventional drilling methods that rely on rotation, torque and thrust to advance a borehole, sonic drilling works by significantly minimising the friction between the borehole and the drill steel. By resonating the drill string, the soil immediately adjacent to the bit is loosened. This allows the drill steel to move freely, enabling the tooling to advance through displacement of grains, shearing clays or fracturing in rock. Continuous cores are produced using a single-tube core barrel and an override casing.

Though Florida's tropical summer storms halted drilling for the first two days of field sampling, day three allowed for the sonic rig to show its potential as a sampling device for unconsolidated sediment. Nearly 300ft (91m) of core was drilled in approximately six hours, at three different locations spanning the width of the central Florida phosphate district's southern extent. The sonic cores showed a 95% recovery, evidence as to why sonic was chosen as the best option for this particular project. With little to no disturbance of the core, the sonic method would allow Turner, academic advisors and state geologists to see sub-surficial geologic formations exactly how they were deposited 15 million years ago.

Sonic also reduced the total project cost given its speed, versatility and waste minimisation.  Penetration rates are typically two to four times faster than conventional methods. Sonic produces significantly fewer drill cuttings and other investigation derived waste (IDW) compared to auger or rotary technology, up to 80% less IDW. Sonic drill rigs are available with a variety of limited-access adaptations to tackle any terrain.

Upon completion of field sampling, cores were taken back to Florida State University, where professors, research scientists and staff from the Florida Geologic Survey were amazed with the efficiency and high recovery rates of the sonic rig, especially in a notoriously tough lithology to recover properly.

Samples were taken from the core, dried in a low-temperature oven, and then examined under a microscope where phosphate minerals were separated from the sands, silts and clays. Geochemical analysis is now underway at the National High Magnetic Field Laboratory (MagLab), the largest and highest-powered magnet laboratory in the world.

With the use of advanced geochemical equipment and statistical analysis programs, mapping concentrations of REEs across three-dimensional space in the central Florida phosphate district will help to answer questions about the spatiotemporal depositional environment. Initial results confirmed economically viable amounts of REEs within the Bone Valley Formation, which may lead to significant developments in satisfying the global demand for REEs in a relatively easy to access ore body.

Upon completion of his graduate research, Turner and his colleagues will have a better understanding pertaining to the depositional environment of Florida phosphates, why REEs are present in enriched amounts, and hopefully discover whether US phosphorites could offer a solution to global REE demand.

This article was written by Sue Bruning and Kyle Turner 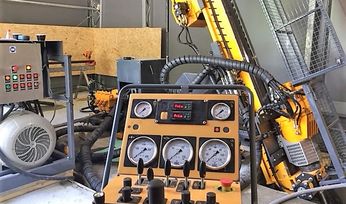 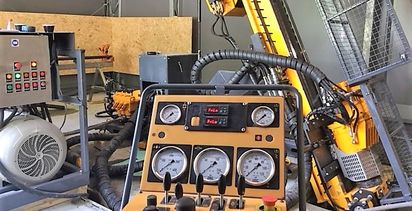