The Austrian Bundesimmobiliengesellschaft (BIG) is building a new biology centre on behalf of the University of Vienna on an area of approx. 12,000 m² in the city’s 3rd district. After completion and handover in 2021, more than 5,000 students and 500 employees will find a new home for their scientific work in the new building. 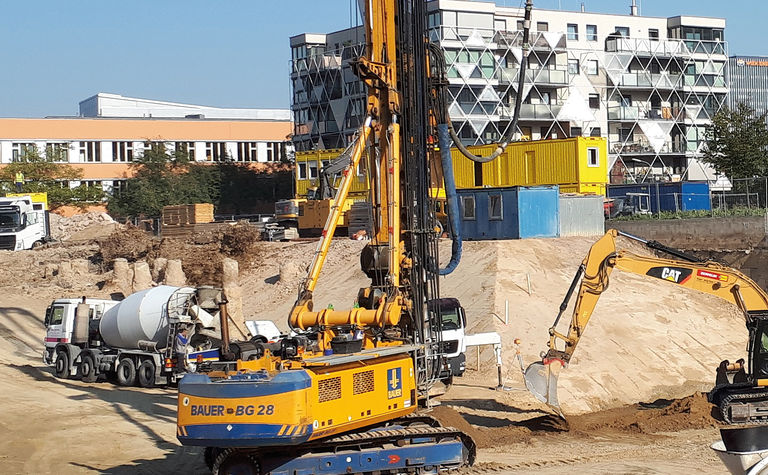 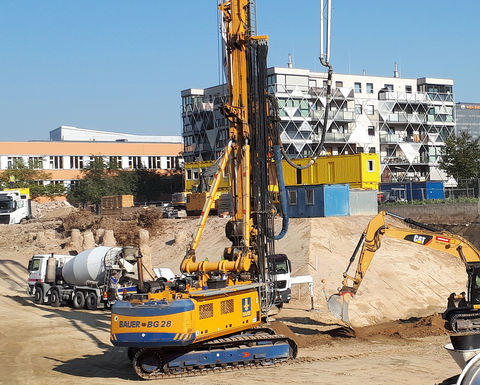 The Bundesimmobiliengesellschaft contracted Bauer Spezialtiefbau and its joint venture partner Gebrueder Haider Bauunternehmungen to execute the earthworks, securing of the deep excavation and creating the deep foundations.

Existing foundations and embankments with depths of up to 12m below the existing level were found on the construction site, which required continuous adjustments to the securing of the deep excavation.

Due to a design variant, the anchored sheet pile wall and Berlin wall that the building owner had originally planned was replaced by 650m² of soil nailing, and, in the sub-area with the greatest excavation depth, by a 95m retaining wall as a contiguous bored pile wall.

A Bauer BG 28 was used in the construction of the 8,300m pile foundation, which has a diameter of 630mm. Despite the already existing embankments, the foundation piles and the pile wall were constructed successfully in all areas. The subsequent excavation produced about 42,000m³ of soil material.

Thanks to the early adaptation of the execution planning by Bauer's internal statics department, the flexibility of the execution team and the rapid deployment of additional equipment, project delays were avoided and the main services were concluded one and a half months ahead of the planned completion date. 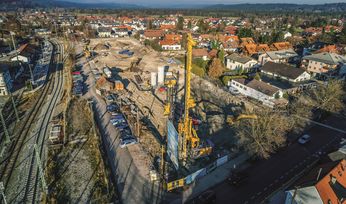 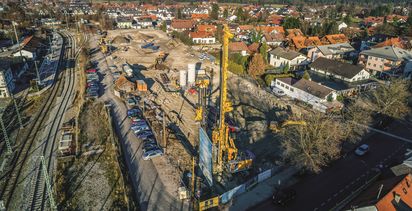