As part of its continued commitment to safely delivering reliable data, Geoquip Marine has been looking into optimising the effectiveness of its existing cyclic CPT systems, including testing a new downhole cyclic CPT tool onboard one of its integrated geotechnical survey vessels. 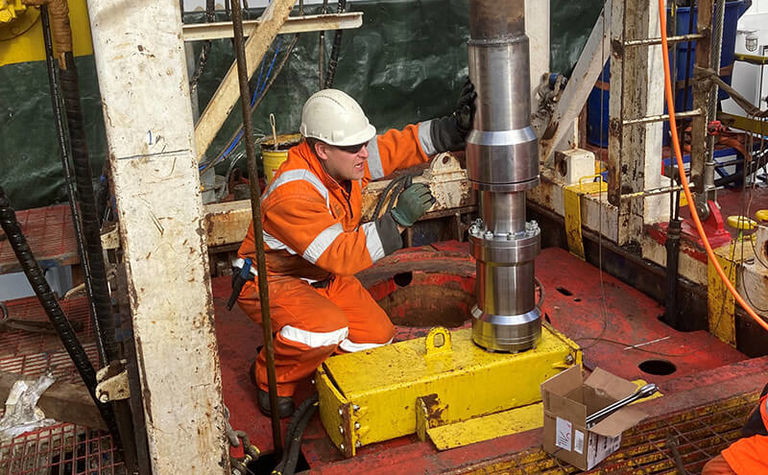 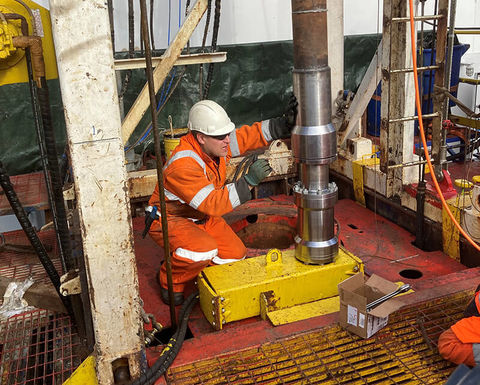 As part of its continued commitment to safely delivering reliable data, Geoquip Marine has been looking into optimising the effectiveness of its existing cyclic CPT systems

The modelling data provided by cyclic CPT helps Geoquip Marine better understand the disturbed soil state. Due to cyclic loading, the soil stiffness of offshore wind turbine foundations can be reduced or increased. Additionally, data from a cyclic CPT test provides an insight into the liquefaction potential. For a customer looking to construct foundations for a wind turbine, understanding the true nature of soil is of paramount importance.

Currently, traditional downhole wireline tools are used to perform offshore geotechnical site investigations, where equipment is lowered down a drillstring (downhole) using an umbilical (wireline). When these tools reach the seabed, they latch into a BHA (bottom hole assembly) and are pushed into the ground with hydraulic pressure.

With a cone attached to register resistance, friction and soil pore pressure, technicians can obtain data that will help geotechnical engineers create stable foundations in that area. While this is still a reliable process, the tool must be retracted back to the vessel's deck to have its rod reset to its starting position before being lowered down again.

While Geoquip Marine already utilises cyclic CPT testing as part of its offshore geotechnical solutions, it is only deployable in seabed mode. As a result, Geoquip has been developing a downhole cyclic CPT tool that can be retracted in-situ, removing the need to raise the drillpipe to pull out the extracted CPT tool.

Not only will this enable the user to test both in compression and extension, it will also provide extremely relevant cyclic CPT data for suction can installation/extraction analysis, suction can capacity analysis and pile drivability analysis (for shaft friction degradation in particular). It also removes the need to reconstitute the conditions in a laboratory setting, allowing for the creation of large strains that a lab setting would not be able to accurately simulate.

"We are incredibly excited to be developing new tools that optimise how we safely deliver reliable data," said Hans Hanse, Head of technical and business development at Geoquip Marine. "Alongside the clear benefits to improving engineering parameters, our new cyclic CPT also brings significant operational advantages such as the ability to perform cyclic CPT testing at any borehole depth.

"Additional potential benefits are saving time by removing the need to retract the tool back onto the vessel after each penetration, and further maintain health and safety by reducing tool handling on deck. We can better control borehole quality, reduce risk of swabbing in shallow gas areas and utilise tools with a longer stroke for optimised production. Utilising electrical power rather than hydraulic also reduces the risk of pollution, which ties directly into our commitment to ESG and sustainability," he added.

This dynamic new cyclic CPT tool, which has several patents already attributed to it, utilises an inverted ball screw mechanism to transfer the rotational power from an electromotor to the linear movement of the piston rod. This tool will also have other numerous applications across Geoquip Marine's offshore geotechnical site investigations.

Geoquip's Norwegian research partner, Excess, is also looking into the application of the electric actuator for large excavators, which would help to electrify these typically hydraulically operated machines and further optimise its capabilities.

Hans recently joined the crew onboard one Geoquip's vessels, the MV Investigator, to see a prototype of the tool in action. The test was a resounding success and Geoquip Marine is now pleased to confirm it is progressing with the manufacture of a production unit. 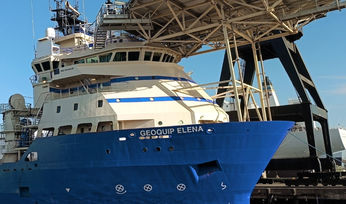 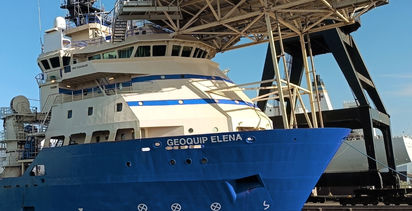